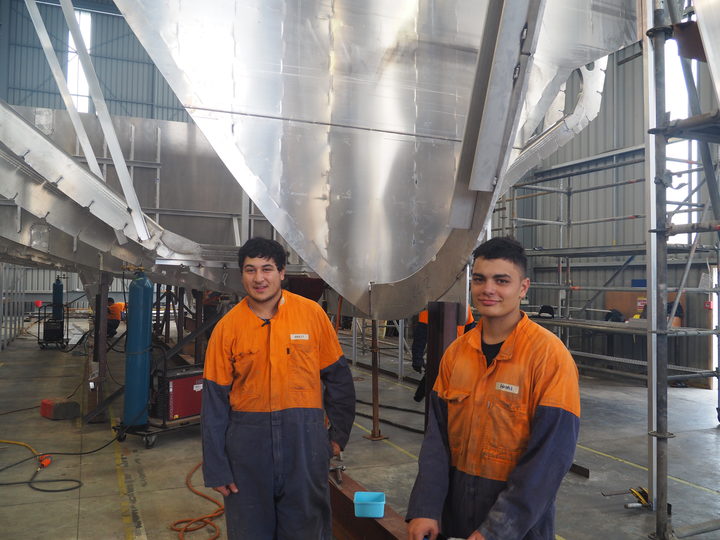 America's Cup boat builder McMullen & Wing is helping eastern Bay of Plenty youth get a foothold on the first rung of the career ladder.

A brand new vessel, custom built for NZ's largest off shore mussel farm, is launching into the water for the first time today - to be welcomed into Whakatane harbour later next month.

It's been built in partnership with Whakatōhea Mussels and the Whakatōhea Maori Trust Board  and three Opotiki school leavers have been offered scholarships to build it.

The 24-metre working vessel "Kukutai" is designed by the company which built our victorious 1995 America's Cup boat "Black Magic".

Kathryn Ryan speaks with McMullen and Wing CEO, Michael Eaglen and Hamiora Kerr, one of the apprentices who helped build "Kukutai".