Has Taupo's super volcano been lying about its age? 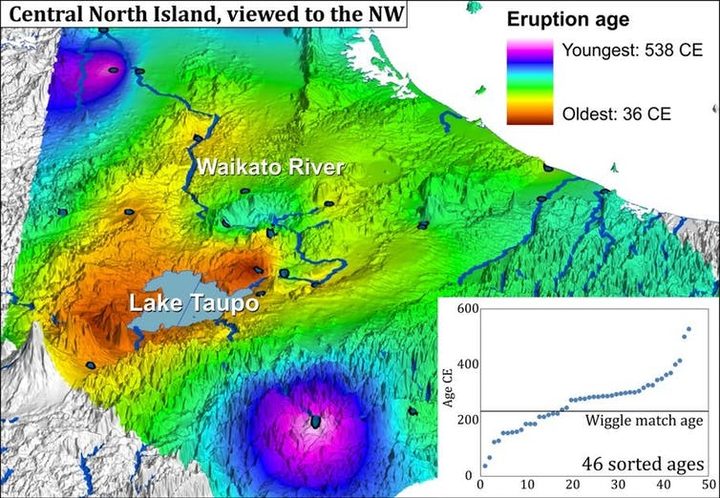 This graph shows all of the ages obtained for the Taupo first millenium eruption, sorted by age, plotted on a digital model of the North Island of New Zealand. Lake Taupo is the caldera from which the eruption occurred. The oldest ages for the eruption are clustered around Lake Taupo, and older ages are located further from the volcano. We interpret this pattern as being caused by contamination of red areas with volcanic carbon dioxide. Photo: Brendan Duffy, University of Melbourne

The dating of many of the world's prehistoric eruptions, including Taupo's super volcano - may be wrong according to new University of Canterbury research. The study presents evidence that the devastating Hatepe eruption, which buried the entire North Island in debris, likely happened between 40 years and 200 years later than was previously thought.

If that's the case it will could have implications for future forecasting methods and even our current understanding of the association between large eruptions and changes in Earth's climate. 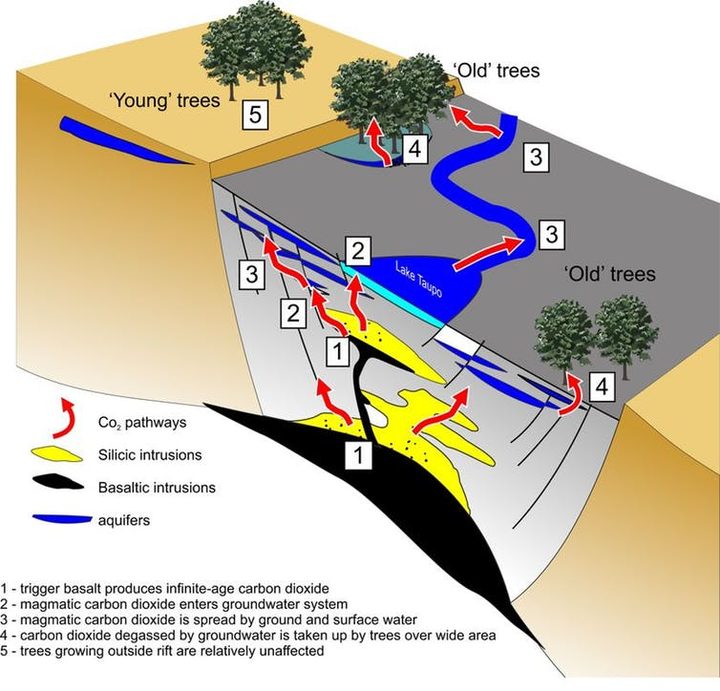 This conceptual image shows how gas from the triggering event, decades before the eruption, works its way into the groundwater system and is eventually incorporated in the wood of the trees that we date. Photo: Brendan Duffy, University of Melbourne