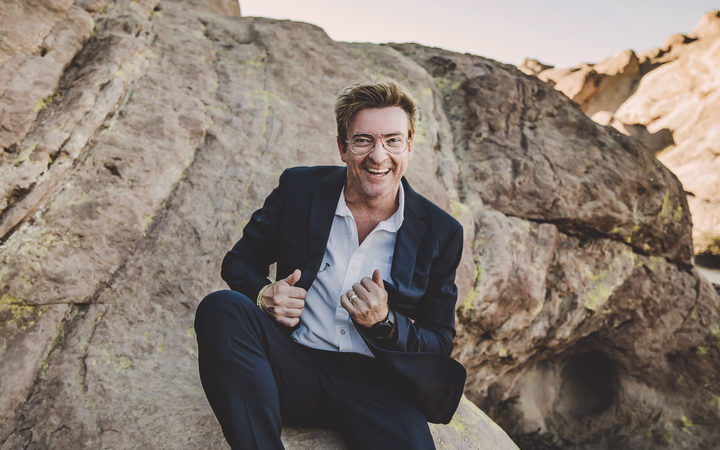 Darby tells Kathryn Ryan that it seemed like time he put his childlike sensibility and love of note-taking and doodling into a book for children.

"I thought 'there's something missing here. I really should be putting all that together and putting something out for the kids'." 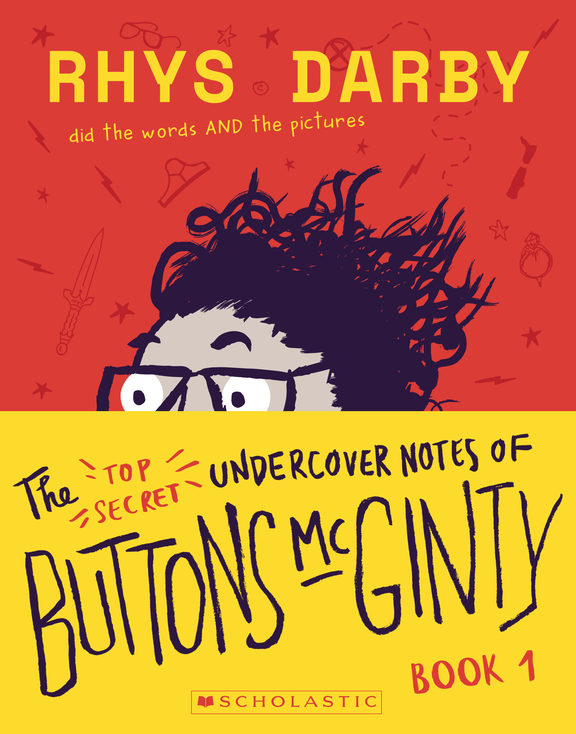 The Top Secret Undercover Notes of Buttons McGinty is a quirky story about a 12-year-old boy who goes on a big adventure when his parents are 'presumed missing'.

The story is told in the form of a journal – including Darby's doodles and sketches – but he started out writing it as a children's' adventure novel.

Darby says he was a reluctant reader as a child and one of his sons is also "fairly reluctant".

"There's a lot of kids out there these days – always has been, but maybe more so now with more distractions – [for whom] sitting still for five minutes and reading a book isn't on the to-do list.

Writing The Top Secret Undercover Notes of Buttons McGinty, Darby says it was essential that he's amused himself along the way.

"I had the general story, I knew where I was going, and then I became the boy on this journey … I made a lot of it up as I went along like I do with my comedy."

The lead character Buttons is named after the producer on Darby's radio show The Cryptid Factor.

"I kind of idolise him in a way because he's so capable and I loved the name. I think its important for a character to have a name that you remember, that stands out." 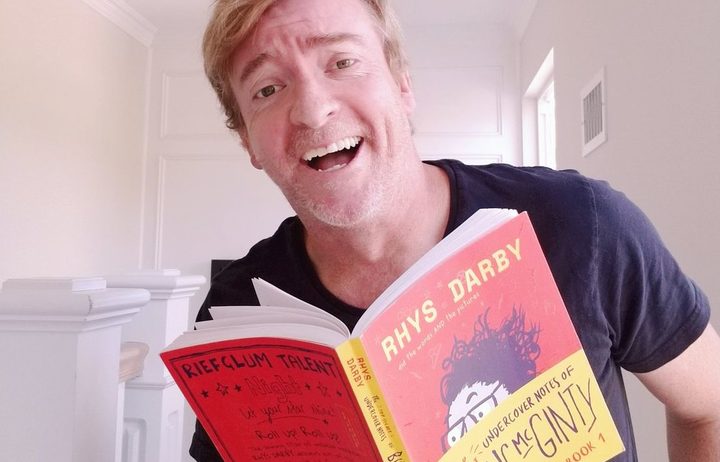 In the story, Buttons' mother is an archaeologist and his father is a cryptozoologist, i.e. someone who investigates creatures that most people think don't really exist: "sasquatches, sea monsters, Mongolian death worms, bizarre things."

Darby says he's "into monsters in general" and as a kid loved The Usborne Big Book of Big Monsters.

"I was really blown away by the idea that we hadn't solved everything on the planet. And I've kept that in my head right up through to adulthood."

"It's like a prison school, it's like Alcatraz. There's big walls, there's guard towers and kids from all different parts of the world lumped in together and it's just very odd."

The journal format of The Top Secret Undercover Notes of Buttons McGinty is partly by inspired by Indiana Jones' book of notes, sketches, lists and maps, Darby says.

"Imagine if a kid did that when he was on an adventure? … Putting pen to paper should go hand in hand with reading. And I think the journal aspect of what I've created here is exactly that."

Darby is a big note-taker himself.

"I always carry a notebook around and if I've got ideas for comedy or anything I'll jot down stuff and I'll also doodle, design sets or costumes that I might want to wear." 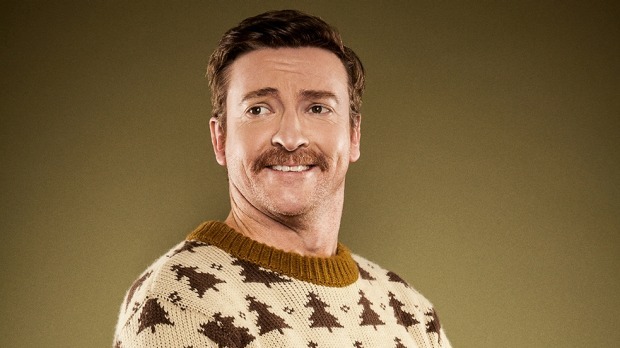 For the last five years, Darby has lived in Los Angeles with his wife and two sons aged 8 and 12.

He has an office in North Hollywood with "a big whiteboard full of ideas" and does acting jobs as they pop up, including a lot of voice work for animation.

Darby says his sons both have a great sense of humour but he has no idea whether they'll follow him into comedy.

"They're both really smart and they're cheeky, and we just make sure as parents that they do their work and take certain things seriously.

"I think they're both way funnier and smarter than I ever was.

"I look at my 12-year-old and I think 'he's way cooler than I ever was. Look at his hair, he's better looking, he can play the piano, oh man, he's got everything."

Darby has already started on part two of The Top Secret Undercover Notes of Buttons McGinty and says he's loving it.

He hopes the story might make the big screen one day.

He also hopes that it might help revitalise Morse code –  an underrated form of communication which he first learnt in the army.

"It's died a little bit, but it's a really important code. You can use it in any form of disaster, you can use lights and you can tap and bash things to get signals out."

More of Rhys Darby on RNZ:

A visit to Christchurch proved a surreal step back in time for one of the country's top comedians. Rhys Darby met his wife and performed his first stand up routine in the now quake-ravaged… Audio

Rhys Darby is a busy man; as well as winning praise for his latest big-screen role in Taika Waititi's 'Hunt For the Wilderpeople' he's also headlining the International Comedy Festival. He speaks to… Audio