The first scoring All Black in history, Tom Ryan was also a prize-winning artist and sailor, married the daughter of a Ngāpuhi leader and spearheaded the tourism and trout-fishing industries for Lake Taupō.

His extraordinary life has been researched and documented by Denis Dwyer in his book The Good Citizen. 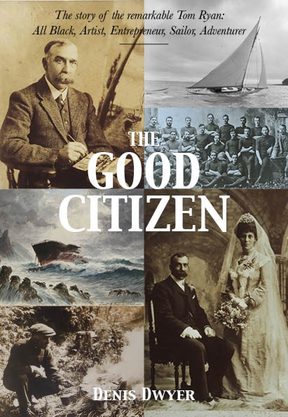 Dwyer says he became fascinated with Ryan after seeing his photograph at the NZ Rugby Museum in Palmerston North.

"I am a volunteer at the museum and every time I went past our exhibit of the 1880s, there was Tom with the Auckland team in 1883, and then with the first New Zealand team in 1884.

"Then somebody told me he used to run a steamer on Lake Taupō.

"I went into the early newspapers through Papers Past ... I looked at books - I found Tom mentioned in five different histories.

"I must say that the great-granddaughters - Louise, Annette and Diane - have been a great assistance in research, and together we discovered relatives they hadn't known about."

Most New Zealanders will know of 'The originals' - the team of All Blacks who spread that name when they toured England in 1905.

However, 21 years before that in 1884, the first New Zealand representative team, who also wore black jerseys though they were not then called 'the All Blacks', toured Australia. 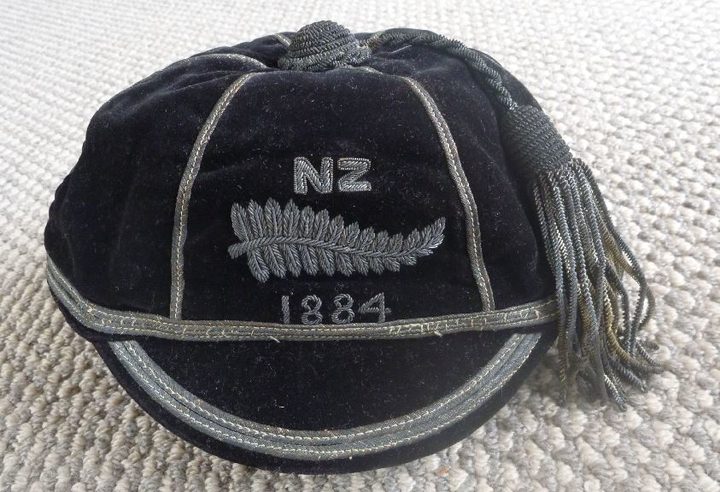 "They toured Australia and they got the All Blacks off to a very good start because they played 9 matches … they won all nine - 176 points for and only 17 against," Dwyer says.

"Their eight matches in Australia they played within 17 days, which would raise a few eyebrows today."

That 1884 team has since been recognised as the first All Blacks team. Though they toured Australia they played no international tests - just against county teams - but their first match was in Wellington and it was Tom who scored the first points in that game: a four-point dropkick.

"A phenomenal dropkicker and in those days a dropkick was worth four points, a try was worth two points so a lot of emphasis was on the drop-kicking.

"He played in every match on that tour and he was equal top points scorer on the tour with 35."

"When he was 15 he was walking past a senior club match in Auckland - Grafton was playing Ponsonby - and Grafton was short and brought him into the team.

"He was so good he became a regular member of the team and was selected next year for Auckland at age 16."

Although Tom was listed as "number 12" that was not his position, Dwyer says, he played as a three-quarter.

"A very good wing and an exceptional goal-kicker.

"He had a bit of pace, and when he was at school he won a 100-yards inter-school running race."

Tom also played football on a visit to France in 1892.

"While he was over there he played football, and was described as the best player at the time, certainly the best kicker that they'd ever seen."

Tom was not just athletic, however - he was also a skilled artist. 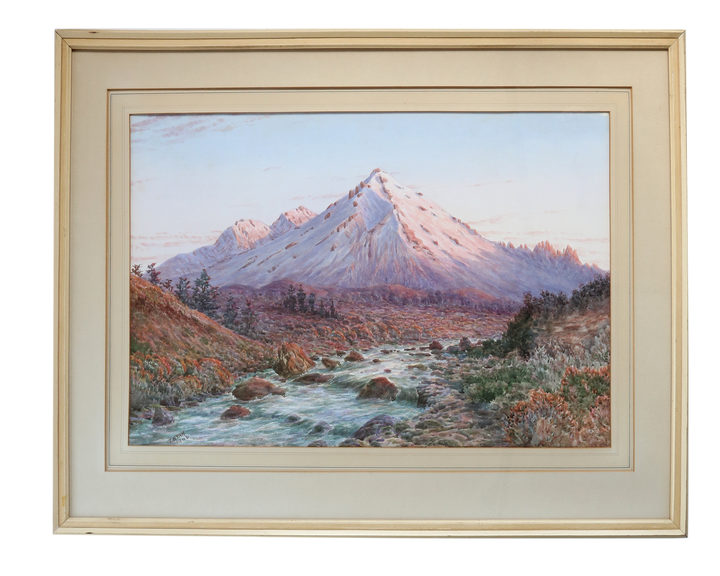 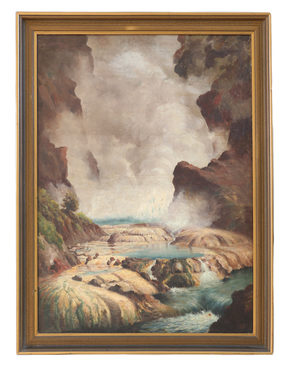 "He was always sketching and painting even when he was a boy.

"He had a very good art tutor at the school - JC Hoyte, a well-known artist - and he trained under New Zealand's leading artists at the time - Kennett Watkins and Louis [John] Steele and others.

"Then in 1892 he went to Paris and he trained under the leading artists of France."

Tom was winning art prizes before the age of 20, Dwyer says, and carried on doing so - taking out first prize at age 26 in both 'landscape' and 'marine' at the inaugural Auckland Academy of Art exhibition in 1890.

"He was a painter of nature with some tint of romance - he was a representational painter." 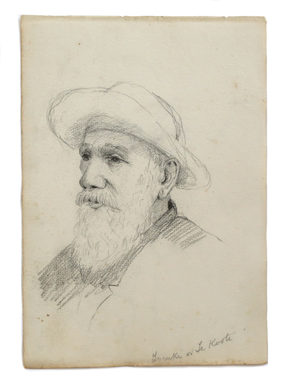 "Occasional oil paintings. He did portraits and he painted all manner of things - for example, he did illustrations for James Cowan's book Lake Taupō and the Volcanoes; presentation paintings; paintings for the New Zealand government for the Railways Department.

"He was against abstract art: he did not describe that as the New Zealand style of painting, he believed it was an aberration.

"Very distinguished artist, his paintings today sell for some thousands of dollars."

Tom was a man very dedicated to his family, Dwyer says. 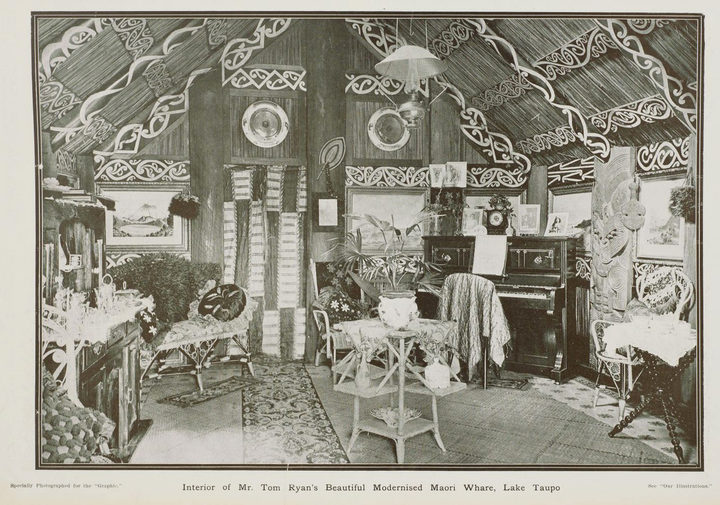 "She was the third of five daughters, and they had a very happy marriage, they had two children - Edna and Tommy." 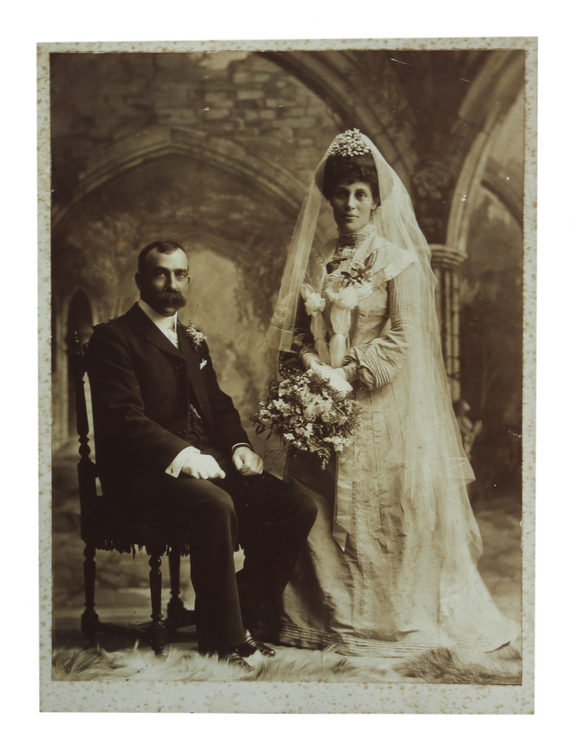 Perhaps Tom's closeness with his family had something to do with the fact he never knew his own father personally, Dwyer says.

"His father was a member of the Anglo-Irish ascendency Anglican [religion-exclusive aristocracy] in Ireland. His mother was a Roman Catholic village girl - he was about 30, she was about 19.

"There was feeling between the two of them, but marriage was out of the question so an uncle of the father ... arranged for the Ryan family to be sent out to New Zealand.

"He did provide them with money and the mother Mary was able to buy a house in Parnell, Auckland which was already prestigious."

"But he did know of his father because when he [Tom] was married in 1903 he was asked to give the name of his father - and he named his father and describes his occupation as 'gentleman'.

Tom's mother Mary must have been a "tremendous" person, Dwyer says.

"She died at age 53, she lived at Parnell with her father and her mother … she must have been a great pillar of strength for Tom."

There was money for Tom's education too, and he went to the forerunner of King's College - the Church of England Grammar School.

Tom would often take his family out on Lake Taupō with him, and became a central figure of the community there, Dwyer says.

"He was virtually Lord Taupō.

"The roads were so terrible in the district: there was no road along the eastern side as we have today ... and the road on the western side was a shocker - axles were being broken, carriages were tipped over.

"In 1898 the government was looking for a regular steamer service across the lake because tourism was increasing, and they offered a subsidy which Tom took up.

"He would release pigeons halfway across to let the hotel know how many for dinner and … how many for the coach." 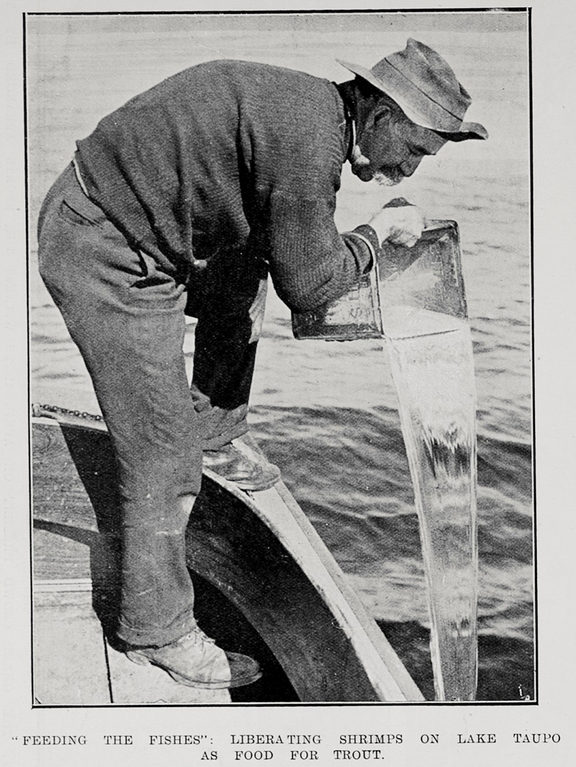 Tom also established fishing camps and helped set up trout fishing as a major industry on the lake.

"By 1897, rainbow trout were the dominant species in the lake and there were some huge catches. Mr Shelson in 1910 from England caught 1191 trout in the season weighing 4.81 tonnes."

Tom's adventures in the water weren't just restricted to the lake, however - he was a keen competitive sailor.

"He sailed at every opportunity he got.

"He sailed, he had his own boat, he crewed on other vessels - he was on the Maritana when it won the 1890 Auckland anniversary regatta for first class yachts.

"Tom won one of the first intercolonial yachting races on Port Jackson at Sydney … In 1898 he was at the tiller of a boat that defeated the leading Australian yacht.

"It was a best of three - Tom won the first two races decisively so there was no third race and he came back to New Zealand with much back-slapping and handshaking."