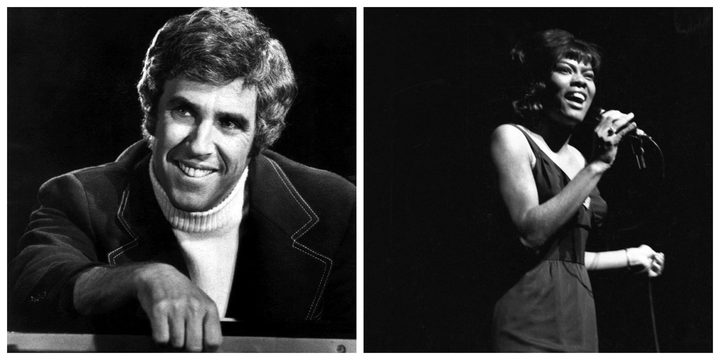 The partnership between Burt Bacharach and Dionne Warwick was a recipe for some “incredibly sophisticated pop music” Graeme Downes says.

Bacharach turned 90 this year and Warwick is performing in Christchurch this November, so Downes spoke to Kathryn Ryan about the magic that happened when Burt’s sinuous melodies met Dionne’s peerless voice.

“Bacharach is a university-trained composer, he trained with Henry Cowell, Bohuslav Martinu and Darius Milhaud and it shows.

“He’s able to create a map of meaning, a geography in the music and the respective emotional states that occur in them”, Downes says

“Geographically it’s this A-minor place in public which she [Warwick] tries to be tough and tough it out and the F-major private geography place where essentially she falls to pieces – it’s brilliantly done.”

Anyone Who Had a Heart

“This has a geography as well," Downes says.

“The geography is what is, and what should be - she loves and her love should be requited.

“There’s no musical introduction, so we’re just thrown into a sea of anguish there’s no locating points at all.”

For musical trainspotters Downes says the song uses the Phrygian scale: “probably the first use in pop music that I know of".

“When the music moves from that B flat back to A flat there’s a sort of half step downward, which is a deep, tragic sigh.

“Quite frankly it’s a landmark song in terms of how viscerally emotion can be expressed in supposed pop music - it’s very sophisticated.”

Do You Know The Way to San Jose?

More geography: it starts in the "warm comfortable place” of San Jose before moving to the cold Los Angeles "where all the stars that never were and parking cars and pumping gas".

"It has this beautifully painted musical geography that maps onto the two places. The warm and friendly hometown and the cold impersonal LA that only cares about fame and fortune."

“Hal David is part of the genius here with this one is rhythmically really, really complicated.

“It’s absolutely amazing singing from Dionne Warwick, they are difficult notes to hit and she just does it effortlessly and creates an incredible infectious energy.”