'Danger Music' by Eddie Ayres: a transgender musician on depression, love and terrorism 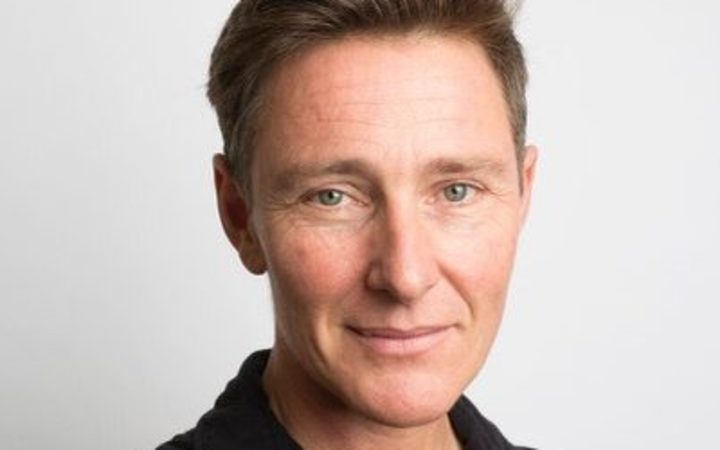 Eddie Ayres struggled with depression and identity for years until realising in his 30s that he was a transgender man.

The professional musician and ABC Classic FM presenter formerly known as Emma Ayres has written a book about his life, Danger Music.

He tells Nine to Noon's Kathryn Ryan that he first realised he was transgender while cycling through Pakistan in 1999.

On the cycling trip, Ayres, as always, introduced himself to people as 'Emma'.

"But because they saw somebody doing something which would really only be a fairly male thing to do in Pakistan and I was dressed in man’s clothes and I had short hair they didn’t hear ‘Emma’, they heard a male name ... ‘Emmett’.

"I was treated as a man and I was taken into the man’s side of houses and I realised that – after a few weeks – I was feeling profoundly happy." 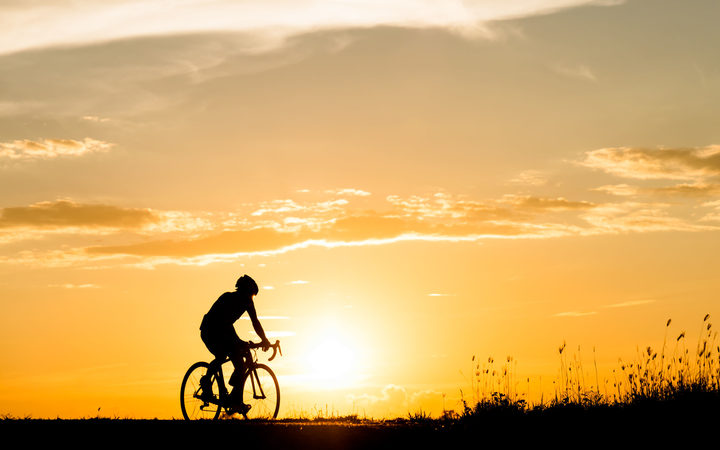 One very hot (50-degree) day, Ayres reached a city in the middle of Pakistan and treated himself to an air-conditioned hotel room.

"I settled in to see what was on the TV and there was this film Boys Don’t Cry ... it’s the true story of a man called Brandon Teena who was born female-bodied and he never actually medically transitioned – but he socially transitioned.

"Unfortunately, the other young men in the town found out that Brandon was actually female-bodied and … two men raped him and murdered him.

"After all these weeks of being treated as a man, I was so happy, and then to see this story … I never actually put the two together and it was at this moment in the middle of Pakistan of all places that I realised, ‘oh, I’m transgender’.

"That’s a nightmare, that was my first reaction. I thought 'I’m never going to be able to do anything about this and it’s all too hard and what’s my mum going to say?'"

Ayres says he tried to put the idea aside. 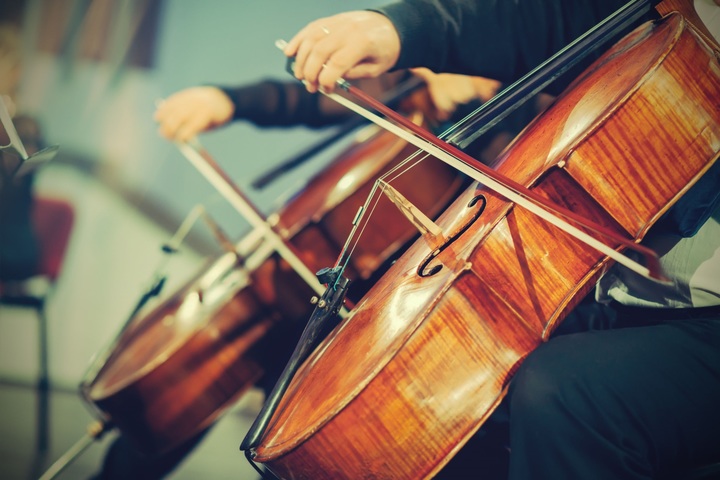 Ayres grew up in England playing the violin, before settling on his favourite instrument – the viola. At times, music helped with the depression, he says.

"Music has absolutely been this thread that I’ve often carried with me and often clung onto for dear life to give me some sort of stability in the world.

"I think music is a resting place … it can be your best friend, you can vent, I think it’s a huge help with depression.

"If you think of the opposite of ‘depression’ is ‘expression’, and if you can express yourself through music that is at least going to be some way to alleviating."

In 2014, Ayres began to spiral into a very deep depression.

"Of transgender people, 40 percent of us attempt suicide at some point in our lives.

"I went to see a counsellor … and towards the end of our sessions, we started to talk about gender identity.

"I said to her, look, I’m pretty sure I’m transgender but I’ve decided not to do anything about it' … I mean, she was very professional but you could sort of see her face going ‘hmm, yes, well, let’s wait and see on that one'."

Afghanistan, danger and the decision

In 2014, Ayres quit his ABC radio job and went to teach cello at the Afghanistan National Institute of Music.

"I’d been to Afghanistan a few times before, I’d come across this Australian music school run by an Australia Afghan called Dr Ahmad Sarmast.

"This school was reviving music in Kabul as music had been banned by the Taliban for six or seven years.

"I knew that they were looking for a cello teacher and at this point, I was also playing the cello … As you can imagine – teaching cello in a war zone – there weren’t too many applicants, so I got the gig." 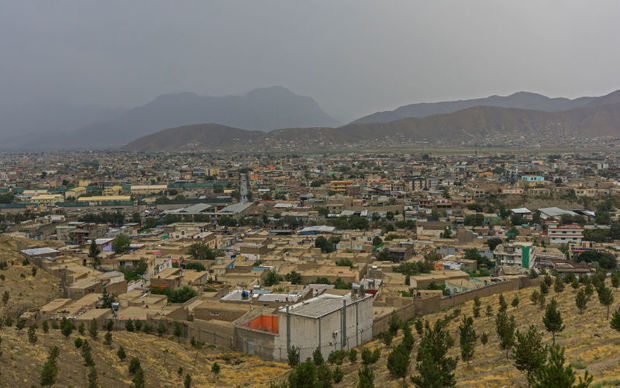 Kabul is a place where guns are everywhere you look, but it is also a place of great beauty full of joyful people, Ayres says. Photo: 123rf

Ayres loved teaching at the school, but several things about it were difficult, he says.

"We had suicide bombers that were found in the compound next door, there were bombs going off very close by, looking after the kids, our own security just generally within the city, it was all very stressful."

It wasn't only his personal safety Ayres had to worry about in Afghanistan – he was also going through a personal crisis.

"On top of that: dealing with beginning to realise that I had no choice, I needed to medically transition. Obviously, it was very very difficult to deal with.

"Afghanistan with such strict Muslim codes of dressing, I – still female-bodied – had to dress as a female. I’d gone from leather jackets and t-shirts and jeans and boots in Australia … I had to wear long flowing shirtdress type things, I had to keep my arms covered no matter the temperature, and I absolutely hated it.

"I was also constantly called ‘Miss Ayres’, which after a number of months became … I just really couldn’t stand it anymore."

Ayres took a holiday at Eid, and spent five days in an Istanbul hotel researching ways to medically transition on various transgender websites.

“I contacted … my counsellor, psychologist, and said to her ‘I’m pretty sure I need to transition’, You can see her in Sydney rolling her eyes and going ‘yeah, finally’. She was wonderful about it."

"I went back to Kabul and told my very close friends there, and told them this is what I was going to do, and they were fantastic."

A good friend in Brisbane, Carole, set up a doctor for Ayres to meet when he visited Australia for Christmas.

"As I was very androgynous, [the doctor] looked me up and down and said ‘well, let’s face it, Emma, you’re not going to need much tweaking'.

Eddie Ayres has written a children's book about his time in Afghanistan called Sonam and the Silence.

The path to love

Growing up female-bodied, Ayres used to think he was a lesbian.

"To varying success, to be honest ... I didn’t have any other example in my own life ... it was only in my 30s that I began to find out about transgender people.

"I was attracted to women and the only thing I knew was that therefore I must be a lesbian, and so that’s how I presented. I became a very androgynous lesbian."

Since transitioning, Ayres has found love.

"When I had my chest surgery to remove my breasts and resculpt a male chest... Carole is a retired midwife and she offered to look after me because the surgeon was in Brisbane, so I took some time off teaching in Kabul and came back to Brisbane. Carole looked after me and during that time we fell in love with each other.

"It’s so magical, Carole is 20 years older than me, so she’s 72, she’s a retired nurse … she herself had identified as lesbian throughout her life, but yet it works – our relationship works and I am grateful for that every single day." 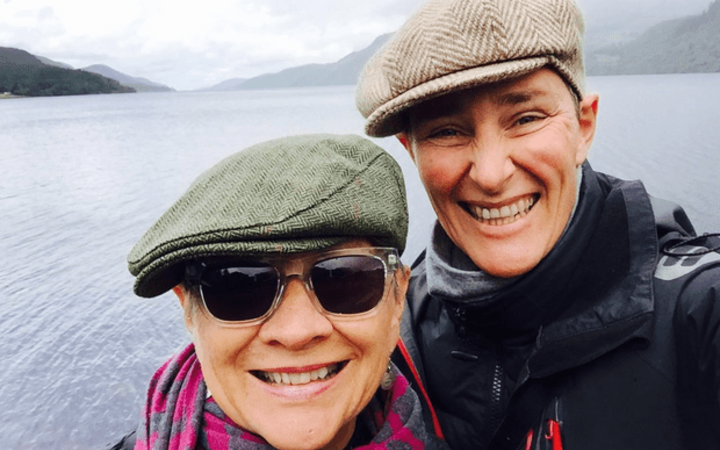 One of the hardest things about leaving Afghanistan was saying goodbye to the schoolkids he had taught, Ayres says.

But something unrelated to his personal struggle made it clear it was time to leave.

"A terrible tragedy happened at the school and I felt that it wasn’t dealt with properly and I couldn’t stand by and support the school after how this particular young woman had been treated and I knew that I had to leave.

"There's been over the last couple of years a huge royal commission here into institutional responses to child abuse ... and I felt the same about the school as people did about the Catholic Church."

Ayres says despite the sadness of leaving, he now feels lucky.

"I think that in my own small way that’s an easy version [compared] to what a lot of transgender people have to do because my family supports me,  most of my friends have continued to support me, I have a loving partner who supports me deeply.

Life after the transition 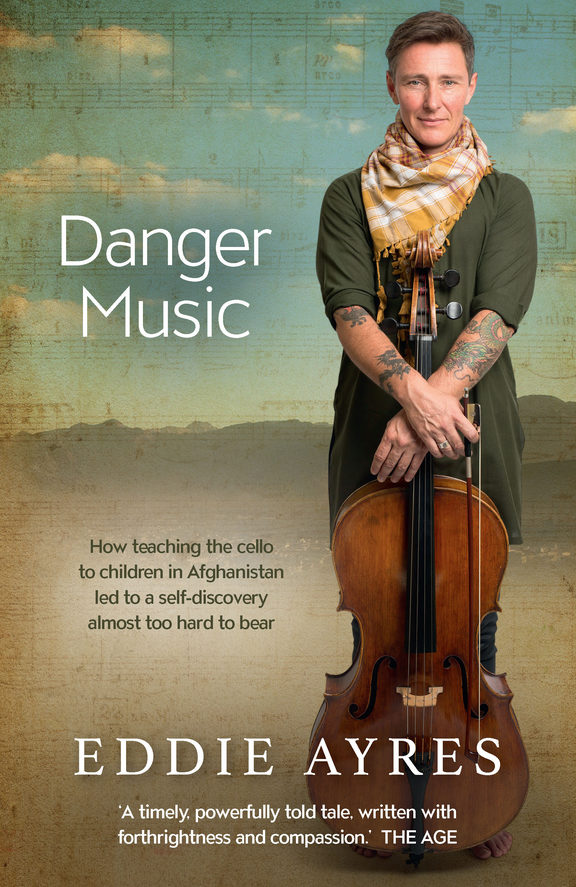 Ayres says he now feels like a weight has been lifted.

"I would say this feeling of integration, that I am no longer fighting against myself.

"I don’t feel like I’ve said goodbye to Emma and said hello to Eddie, I am one in the same person, but the name has changed.

"[It's] sort of like something shedding its skin or something, that I’ve shed a female skin but I’m still the same person."

While the internal conflict of being transgendered was not necessarily the cause of his depression, the change has alleviated it "hugely", Ayres says.

"I would say it’s eased it, I wouldn’t say 100 percent. I mean, depression runs in my family and there’s certain things we can do about depression but some of it is simply a clinical thing.

"I have learnt to live with that but I totally understand that someone who is deeply clinically depressed, it’s a completely different story.

"I started taking testosterone at 49 and I look back at those years and I just wonder and am amazed at myself that I managed to survive for so long.

A fresh view of sexism

Ayres notices that people treat him differently now that he presents as a man.

"Without a doubt. I see the way that I can move through the world now and it’s just so much easier.

"Literally people get out of my way – it’s true! I get served quicker in cafes, restaurants, in shops. People seem to pay me more respect.

"It’s ridiculous, I’m exactly the same person it’s just that now I’ve got a lower voice and a bit of facial hair.

"The political situation in this country is a nightmare at the moment. Can you please clone Jacinda Ardern, send her over here?" 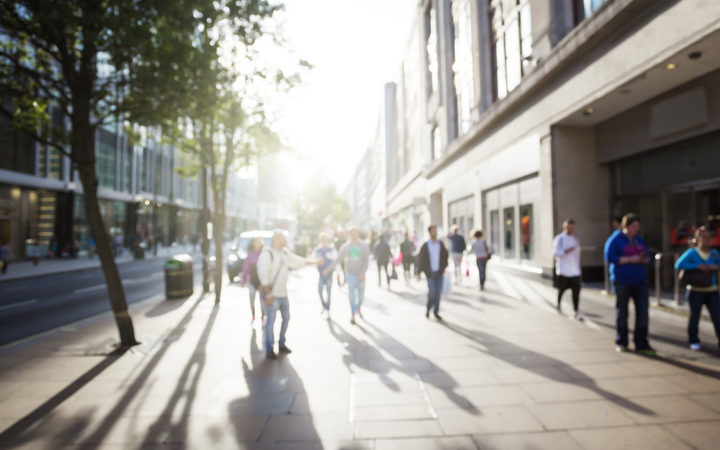 Since becoming male-bodied, Ayres has noticed a distinct difference in the way people treat him.  Photo: Iakov Kalinin