New Zealanders should use sunscreen even on the shortest, darkest day in winter to prevent skin damage and cancer, the co-author of a new study, NIWA's Richard McKenzie, says. 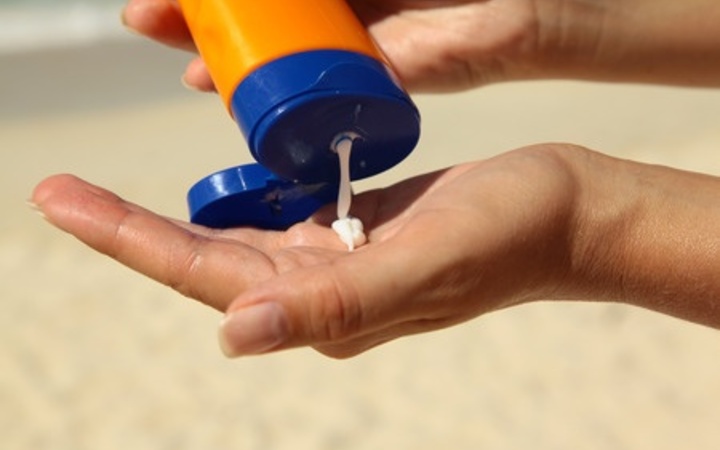 Health agencies in Australia and New Zealand recommend people use sun protection when the UV index (UVI) is three or higher – and say no protection is required when it's under three.

However, a world-first Australasian study has found that is flawed, meaning some people aren't taking the necessary precautions to prevent skin cancer.

NIWA scientist Dr Richard McKenzie, the study's co-author, told Nine to Noon's Kathryn Ryan people can get sunburned on days when the UV index is under three, especially if they're fair-skinned and spending a lot of time outside.

Dr McKenzie studied peak UV levels around the country – measured by NIWA – and was surprised to find out how much sun you can get on days where the peak UV is relatively low.

What is currently being presented as a threshold – UV below three is no problem, UV above three is a problem – is actually a continuum, he says.

Variations in UV light are more difficult to detect than variations in visible light – and vary so much throughout a day – that it's difficult to give a simple message about when sun protection is necessary, he says.

He suggests the message could be 'Protection required if you're going to be outdoors for more than an hour', regardless of the UV level.

"[Fair-skinned people] need to be told that even when the UV index is less than three on that day there is still enough [UV] to get sunburn so they should take protection."

In reality, there are only a few days a year that UV levels are low enough for fair-skinned people to safely go without sunscreen, he says.

"The message from the paper is if you are one of those people that has to spend a lot of time outdoors … you should be aware that even on the shortest day in winter – if you're outdoors all the time – there's enough UV to give you sunburn.

In light of the study's finding, Dr McKenzie plans to add further messages to the uv2Day app, which gives forecasts of the UV Index in New Zealand, Australia, the South Pacific and Antarctica using NIWA data.