British filmmaker Lorna Tucker is proud of her documentary about maverick fashion designer Dame Vivienne Westwood, even though Westwood has called it "mediocre".

Tucker tells Kathryn Ryan the 77-year-old is "still shaking up the status quo and causing trouble", 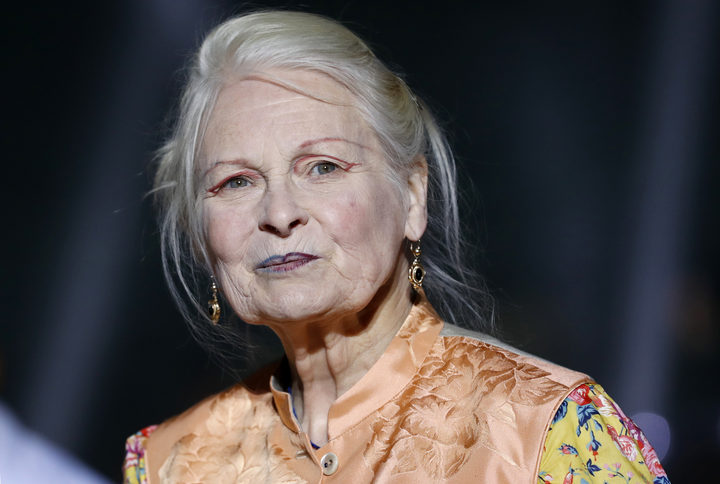 Westwood is an unenthusiastic film subject who seems to have little understanding that her own life could make for a riveting story.

"Let me just talk and just get it over with," she says in an early scene of Westwood: Punk, Icon, Activist,

The film includes interviews with Westwood's sons, her current husband and collaborator, models, designers and assistants – as well as new and archival footage.

The film portrays a woman who's been at the forefront of popular culture since the 1970s and is still creative and active at the age of 77.

Tucker spent four years following Westwood and was granted access to her family and inner circle for the film, which Westwood has criticised for being "mediocre" and not focusing on her environmental activism.

She tells Kathryn Ryan Westwood has lost none of her fire.

Westwood – an environmentalist who runs a global fashion company – remains as contradictory as ever, Tucker says.

"[The fashion industry is] one of the most environmentally destructive industries on the planet. There are these contradictions and you see that in the film.

"The contradictions are what make her. She's always said publically she's not a feminist [but] she's one of the biggest feminists I've ever met."

Westwood was a punk who fought the system and then became part of the system. Now she's a dame and Britain's 'queen of fashion', Tucker says.

Westwood grew up working-class in the north of England and inherited practical skills from her father.

"Even at the age of five, she felt she could make a pair of shoes. Her father was very visual, as well. He worked building aeroplanes in WW2 and he was always making stuff. So she grew up artistic but also a bit of a rebel."

The Westwood family moved to London in the 1950s and Vivienne worked at various jobs, designing and selling jewellery and teaching. 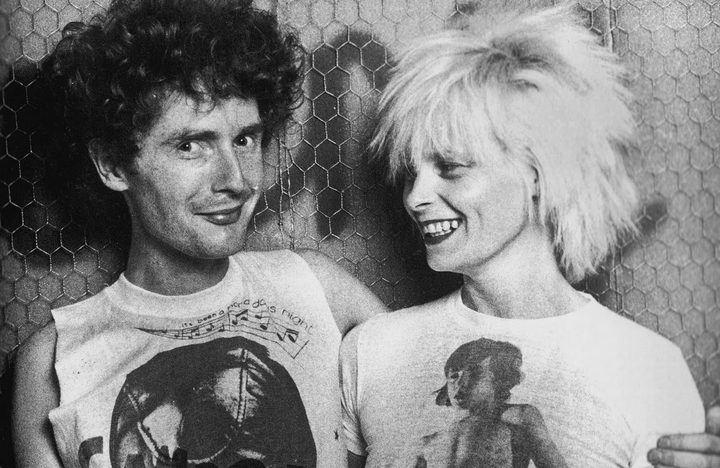 Her world changed when she met musician and artist Malcolm McLaren in the late 1960s.

They became partners and had a son together (Westwood already had a son, Ben, by a previous marriage).

McLaren was managing proto-punk band New York Dolls and had a keen interest in fashion, Tucker says.This was before he assembled musicians that would become the Sex Pistols in the UK in 1976.

"Malcolm had been going to America touring with the New York Dolls and came back to England and with the distrust of the government and this kind of political situation going on. He really wanted to shake it up a lot.

"Because Vivienne could make and do and was very clever with her hands, she was just taking his instructions, she was making the clothes."

McLaren and Westwood had a tumultuous relationship but energy to burn, Tucker says.

"Malcolm McLaren was a difficult character and their relationship was horrific at times. But I've also heard stories from friends of Vivienne saying 'I remember going round to Malcolm's flat one day and she had thrown a brick through his window'!

"They were very angry and very unhappy in their relationship but that energy also created some of the most iconic looks of the last 50 years." 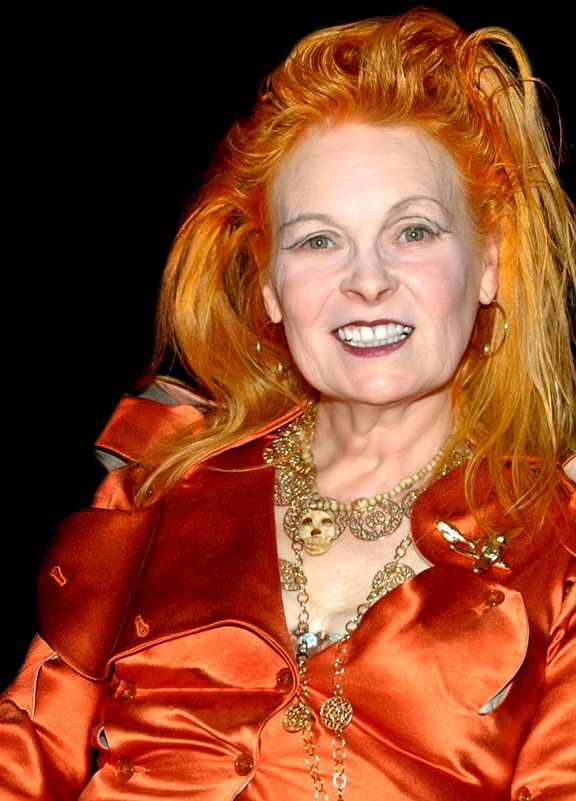 As the punk movement grew, Westwood started coming up with her own ideas.

After she and McLaren split up she forged ahead with her own label and made her name with the punk 'look' of the late 1970s.

But it was McLaren who first gave Westwood confidence in her own intellectual capacity, Tucker says.

"She came from the north with a strong northern accent. Moving to London there was a sense of her not fitting in and feeling stupid and not being clever enough. And I really feel Malcolm gave her this key and taught her how to be clever and think on your feet."

She describes Westwood as an autodidact with wide-ranging interests.

"She wants to learn Chinese, she's learnt German recently, she goes to art galleries all the time – she's a woman on a mission."

Despite the criticism from Westwood, Tucker says she proud of the film and believes that it captures Westwood's "inimitable energy and tenacity".

"I've never seen anyone walk into a room and be as sexy as she is at her age and be as defiant as she is."

Westwood: Punk, Icon, Activist is showing around the country as part of this year's NZ International Film Festival.