After under-fuelling and over-training led to recurring injuries and delayed puberty for Rosa Flanagan, she’s telling other young athletes - particularly women - to prioritise their health over athletic performance.

Nine to Noon's Kathryn Ryan spoke to Rosa and two researchers from University of Waikato about the prevalence of the problem of RED-S, and what's being done to fix it. 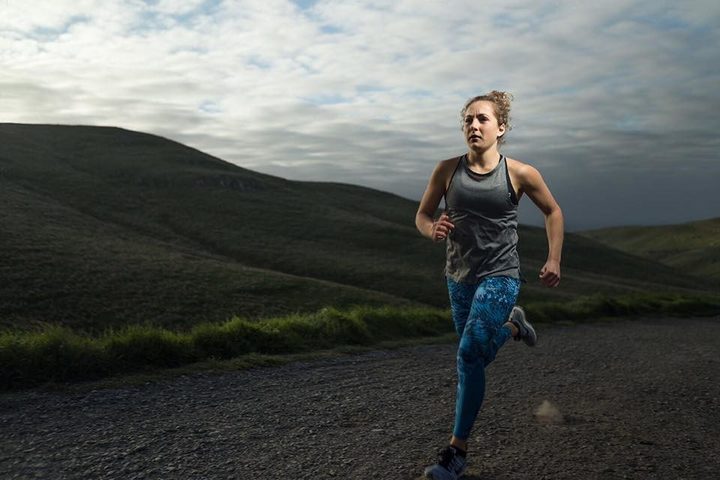 Rosa Flanagan is speaking out about what happened to her after not eating enough while training obsessively. Photo: supplied

‘I had to hit rock bottom’

Rosa Flanagan is speaking out about what happened to her after not eating enough while training obsessively.

Flanagan is a 3000-metre and 5000m steeplechase athlete

She has spent two years getting back into a healthy state, and says that for her it was a vicious cycle.

“Looking at role models through social media and different influences I was thinking ‘in order for me to get where I want to be, which is the Olympics - the top, obviously, ultimate goal - I needed to train more."

She says she started getting really serious about her training after her first big international competition in 2012, when she was 16 or 17.

“I started getting a coach and getting a serious programme. It all escalated from there really.

“I was starting to get into obsessive behaviour and erratic eating habits.”

She says her speeds were improving, but there was damage being done to her body.

“Nutrient deficiencies, low bone density, pubertal delay, and all those things I wasn’t aware of uring that time and it was all about my performances and because they [my times] were increasing that’s all I was worrying about.

“I had to hit rock bottom in order for me to realise and reflect on all the different issues that I had put myself through … to get myself right again.

“I had a stress fracture in my tibia and then I had two labral tears on my hips. They were quite serious injuries where I had to have a lot of time out from the sport.

“That time out gave me time to increase my body fat percentage in order to start menstruating and also to reflect on what had happened."

She says she had been getting advice from her coach and parents, but simply didn’t listen.

“I have [been getting advice] through athletics New Zealand where I get nutrition, physio, doctor, psychologist, so all those people were there helping me.

“But like I said earlier being so driven and focused on my athletic performance I didn’t necessarily take all of that good information that I was receiving at the time in."

Her coach in particular was trying to help.

“She was adjusting my training programme and reducing it in order for me to start putting on some weight in order to go through puberty, but being me I added in a couple of extra training sessions without telling her.” 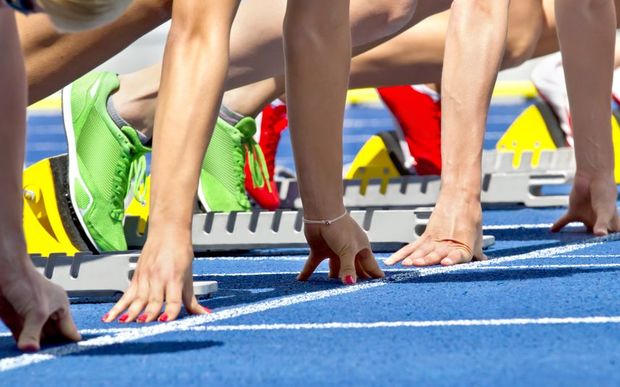 The pressure for athletes to perform - from coaches, parents and themselves - can be huge.  Photo: 123RF

“I have mums reaching out to me as well trying to help their daughters because they’re not getting the information from the coaches or there’s a kind of a taboo to talk about your period starting,” Dr Sims says.

“It’s hard for younger girls that are trying to navigate the waters of puberty and maintain a performance to also understand that when your period starts it’s not necessarily going to slow you down because you put body fat on, it’s also because your hips widen, your limbs start to change length and you start getting more into the realm of balance issues.

“As you get older, if you get what we call secondary amenorrhea your periods stop. That becomes a big concern because as soon as your in a low energy availability state your thyroid stops working within four days.

“You start putting on belly fat, your performance starts going down, and all of this comes into the mindset of ‘I’m not training hard enough, I need to eat less.’" 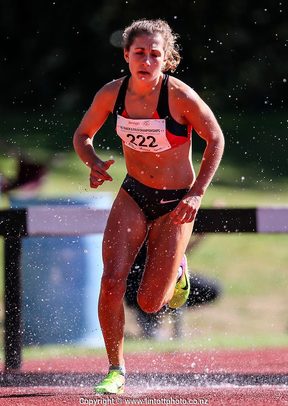 “There’s this big fear like ‘I can’t get injured, I can’t get my period, I can’t go through puberty because then everything changes’, but what coaches and parents need to be aware of are the sex differences even for what happens in puberty.

“Understanding that it’s just a small, small phase in this development and it’s not a long-term implication really will help.”

Flanagan herself took two years off to recover but is now back running, with plans for competitive cross-country, and says she’s now feeling stronger, healthier, and has more energy.

With runners’ careers generally peaking at age 25-26, the time taken to recover will pay off.

Dr Thorpe says part of the problem is lack of awareness.

“Lack of understanding, coaches feeling uncomfortable to talk about these issues with their female athletes, but really it’s not good enough to say you don’t know or to put your head in the sand … in a way that’s a  form of negligence."

“I start so many coaching education seminars with ‘please turn to the person you’re sitting next to and say ‘women have periods’. 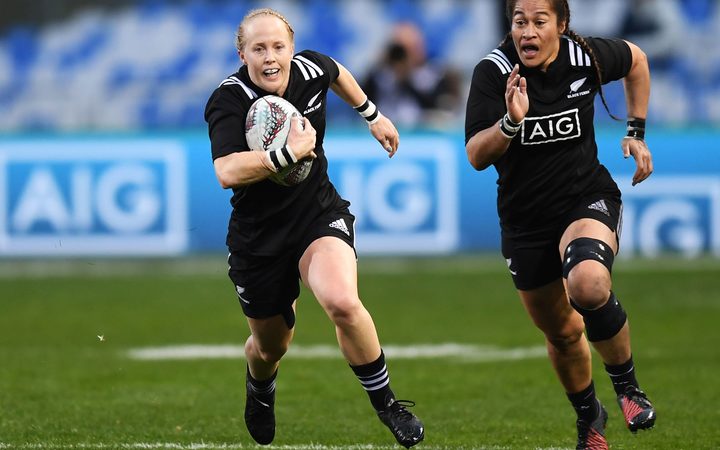 The Black Ferns have been taking on a project leading education for coaches about health, body image and puberty. Photo: © Copyright Andrew Cornaga / www.photosport.nz Photosport Ltd 2017

Flanagan is also talking to other young athletes to try to raise awareness.

“Puberty is such a scary word, like, no one is talking about it. As soon as you say it, like ‘I haven’t had my period yet’, or that kind of thing people go all red and don’t want to talk about it.

“We need to make the most of each other round us.

For Flanagan it’s also about talking to athletes.

“One thing that I think could have helped me earlier on was actually hearing it from someone, similar age to me, similar sport, who’s actually been through exactly what I was dealing with at the time.

“Now that’s my mission: to be that person, and to help young athletes out there.

“I’ve had a lot of young athletes open up to me and say like ‘I never knew, everything looked so perfect outside, I never knew you were having to deal with all these issues outside of your running’.

“They were so happy to hear that other people were kind of going through similar situations, they weren’t on their own and they had people to go to for advice.”

Despite some programmes working with sports bodies, Dr Thorpe says there’s still a long way to go to get coaches, parents and professionals on board.

Dr Sims says the relatively small size of New Zealand makes that mission more achievable, but says doctors and physicians who need to hear the message.

“The problem with putting someone on a hormone is it masks other signs and symptoms of what is really going on.

“We need to get the education out to physicians that are actually looking at these athletes to say ‘if someone’s coming in with repeated stress fractures don’t tell them to stop training. Do some blood hormone tests, look at their nutrition factor.”