Growers Kevin MacGregor and Kate Buckley think there’s massive potential for cranberries on the West Coast, with almost no other producers in New Zealand and the potential to provide off-season fruit to the northern hemisphere. 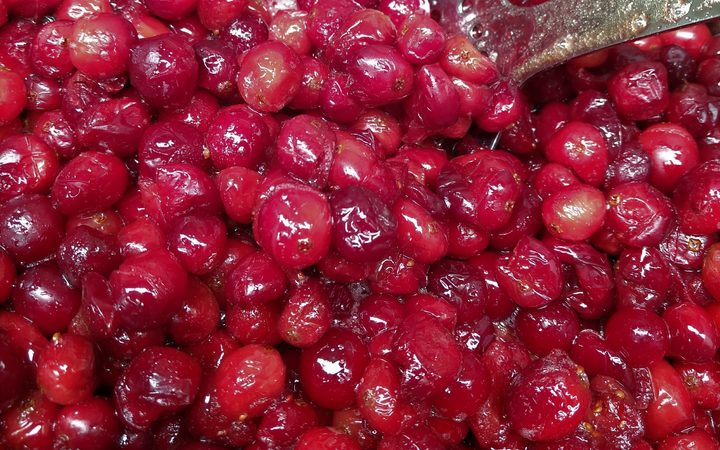 Kevin is a former drystock farmer and artist Kate took over Cranberries Westland from Marj and Tony Allan.

“That’s how I ended up on a cranberry farm, I went there to fix a freezer funnily enough … one thing led to another and 12 months later we ended up buying it."

The pair are looking at scaling up their operation, which they say is the largest cranberry farm in the country, and are investigating new products including sweet recipes. 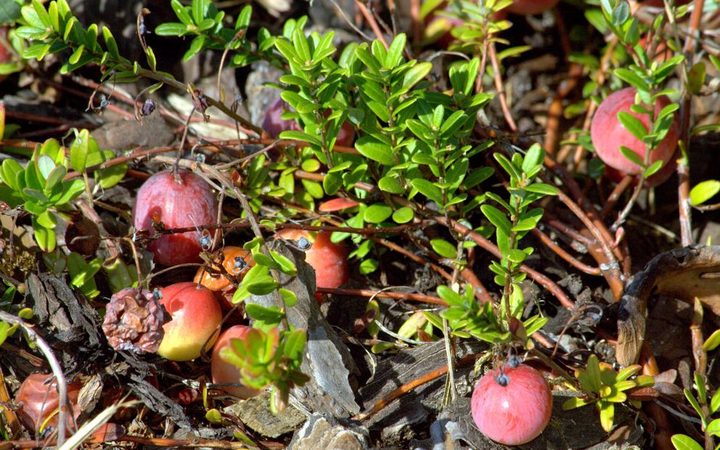 Kate says cranberry plants are not your usual bush or tree.

“They grow like a vine, they actually look a little bit like thyme, and they’re quite low-growing to the ground and so when you drive into the farm that’s all you see is this low-growing, scrubby bush on a flat, sandy soil."

“They spread a bit like strawberries do,” says Kevin.

“They put out runners and those runners tend to root on the ground, and these are much the same just a lot more wiry than any strawberry you’ve seen.

They’re well suited to the West Coast, however.

“They seem to like somewhere between 20 and 25 degrees max during the growing season when they tend to get their best photosynthesis, best growing conditions and they like a hell of a lot of water.”

He says the flat areas where there’s farmland on West Coast get about 3.5m of rain a year, which is not quite enough.

“We’re probably one of the few places on the coast where we’ve got irrigation going as well."

“While they like a lot of water they also like dry feet, so hence we’re growing them in sand, that’s pretty free draining.

“When you’re growing grass or winter crops for drystock, in an ideal world you want a PH of close to six or seven, but - blimmin’ cranberries - they like it down about three or four, which is getting quite acidic." 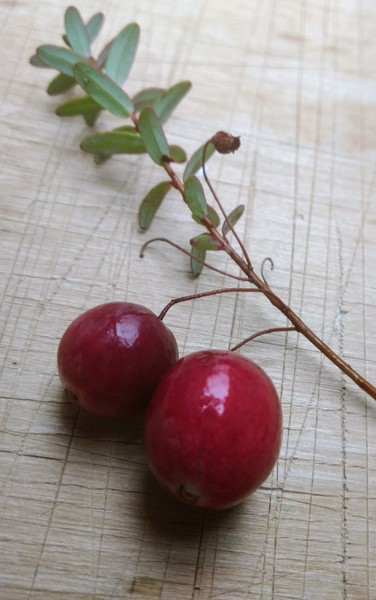 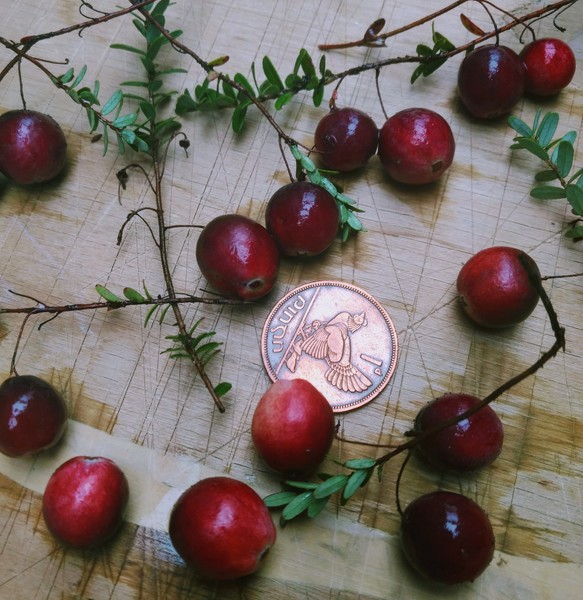 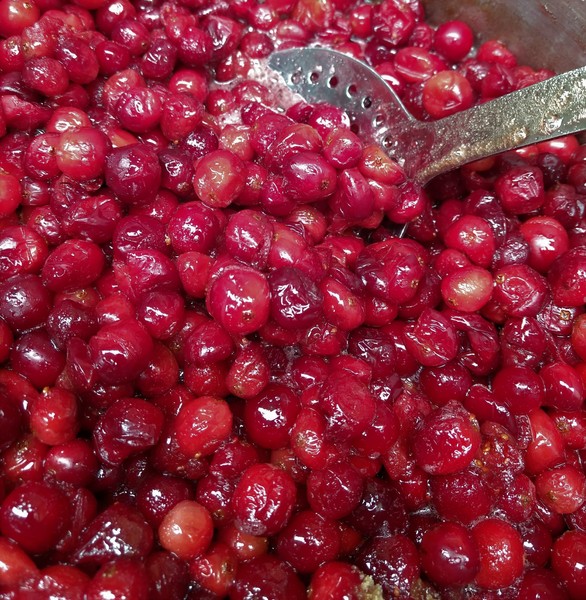 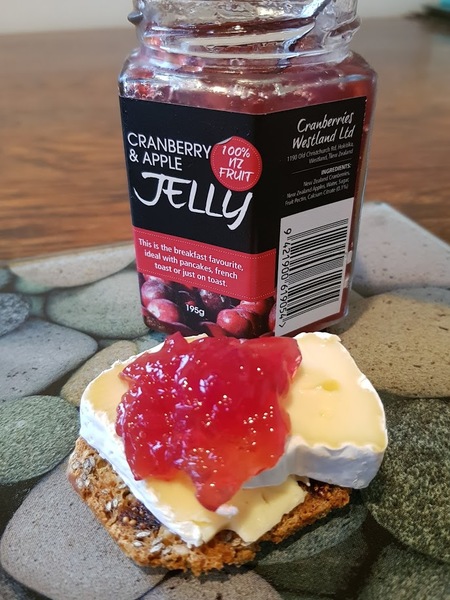 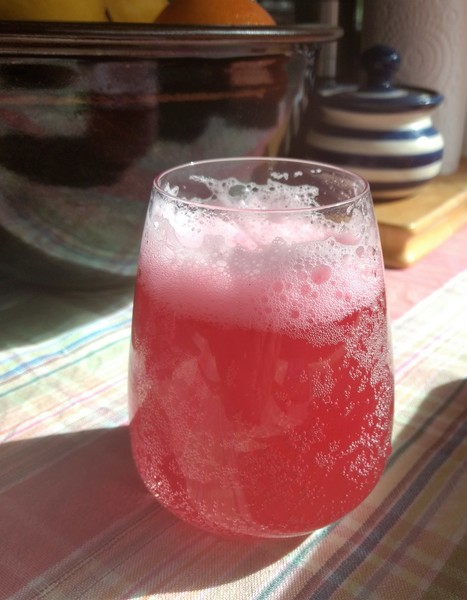 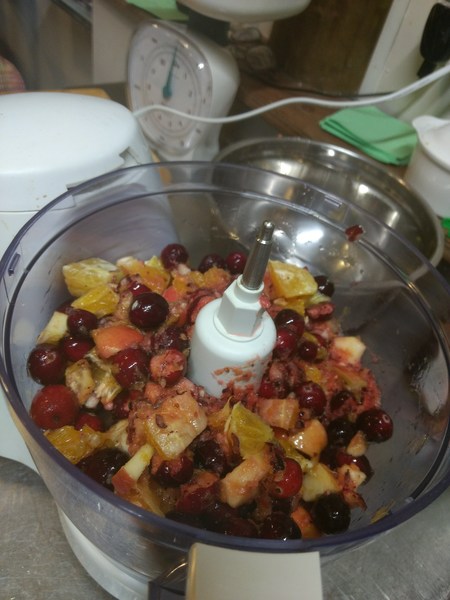 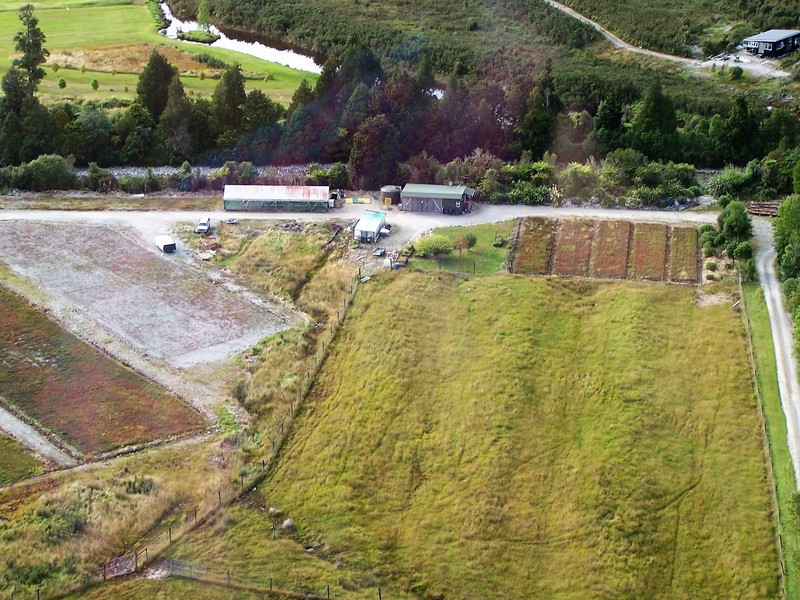 Cranberry Farm- on the day we bought it.JPG 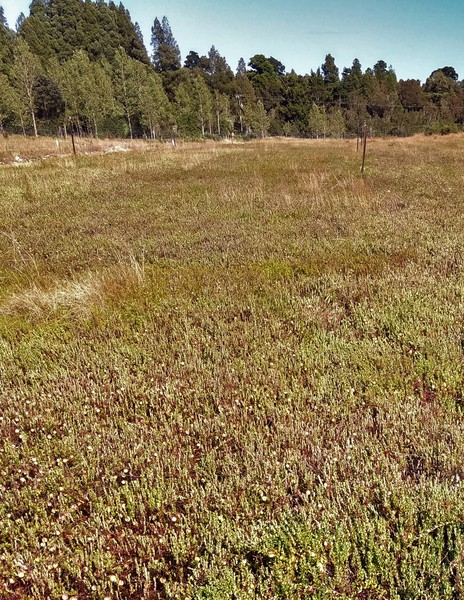 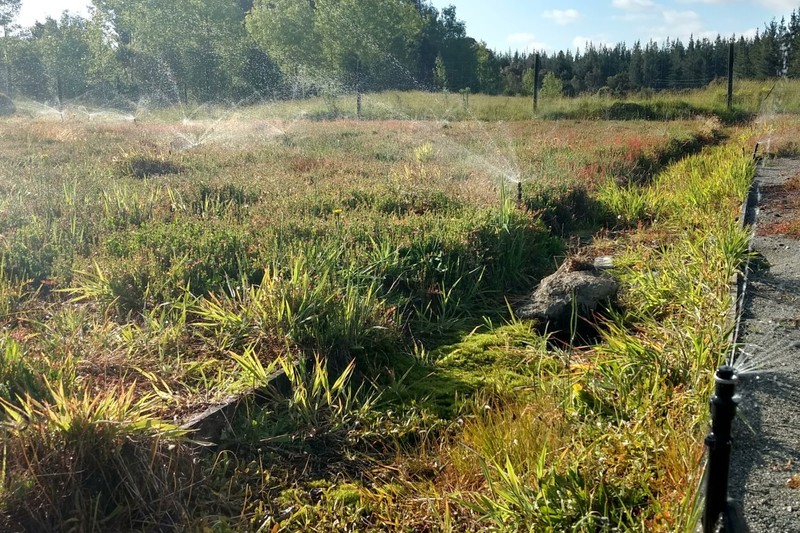 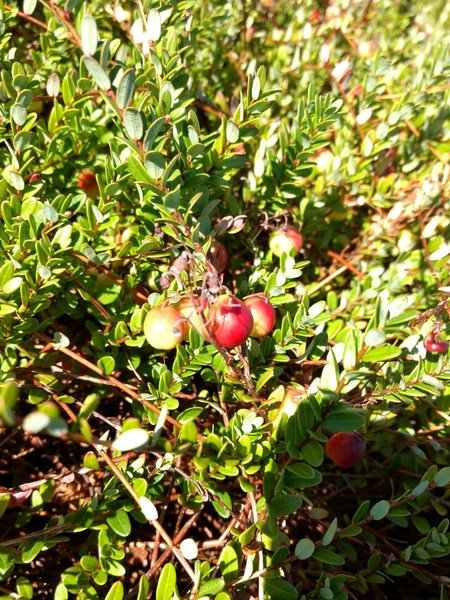 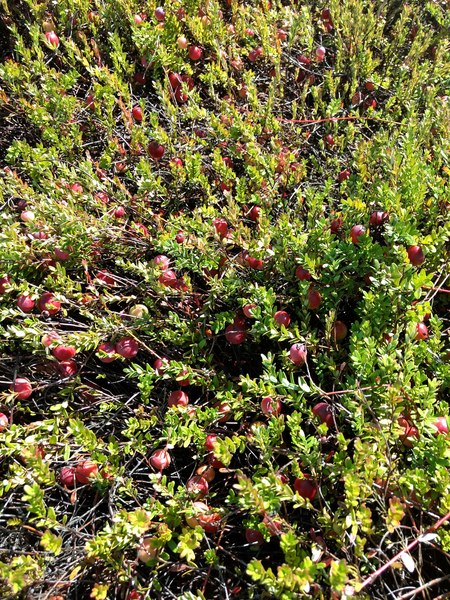 Ripening Cranberries - on the vine 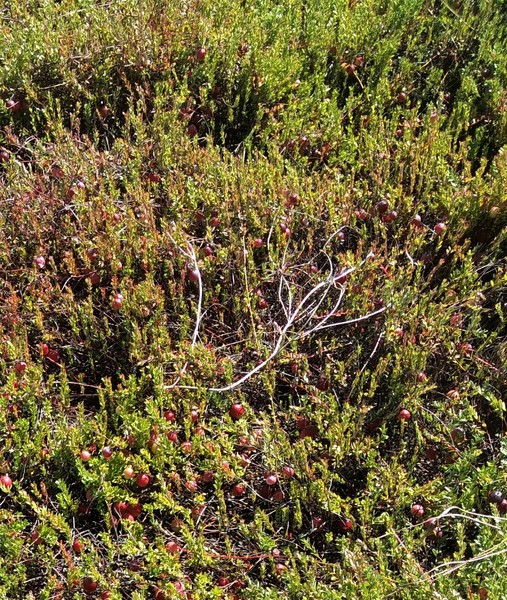 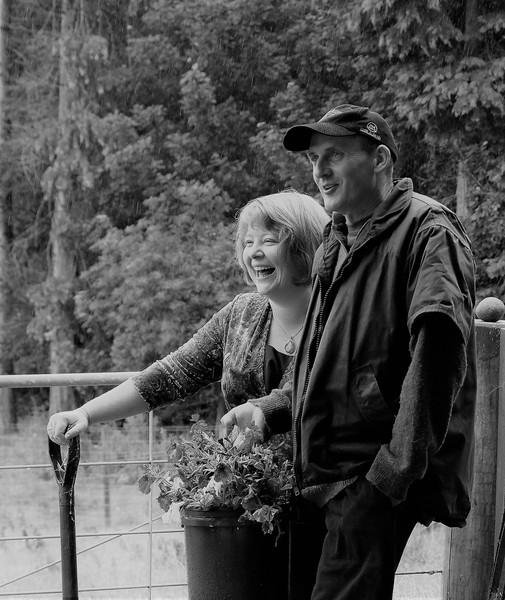 The pair worked with Tony and Marj for 18-24 months before taking the business over completely.

Kev says they’re now working on scaling the operation up.

“We’ve only got two, three [varieties], pilgrim being the main one and a couple of other minor varieties that Tony was experimenting with and I’ve just carried that on.

“A lot of infrastructure going on at the moment: packing sheds and putting a commercial kitchen on the property."

“The autumn harvest means we’ve got fresh cranberries at a time of year when the rest of the world doesn’t, so there’s a lot of potential."

At the moment they’re busy looking closer to home, though, and there’s certainly a gap in the market because “99.99 percent of the cranberries that come into this country come in from North America”.

“The crop suits the coast, there’s no reason that we can’t upscale it.” 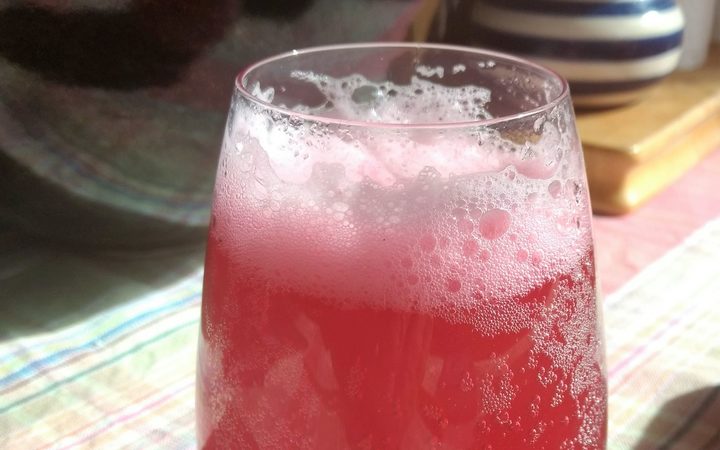 “I’m on the steep learning curve in the kitchen, which is really interesting I have to say.

“I suppose that’s where people get to see cranberries first is in the concept of turkey and cranberry or venison and cranberry, and the cranberry relishes and sauces."

She says she’s exploring their sweet side as well as the more traditional savoury dishes.

“As a product they’re just really good for you besides having a really lovely flavour.”

“Very high in vitamin C, very anti-inflammatory, very high in antioxidants and as most people know very good for urinary tract infections and things like that.

“They’ve got a really low natural sugar content, they come in at about 4 percent sugar, so you’re looking at gooseberries, unripe apples, so they’re not really the kind of fruit you pop in your mouth with pleasure."

She says they’re the largest remaining grower in the country.

“There were some people up in the Hawke’s Bay, there’s been various different projects down here but we’re certainly the largest that we’re aware of. If there’s anybody out there come and talk to us. "