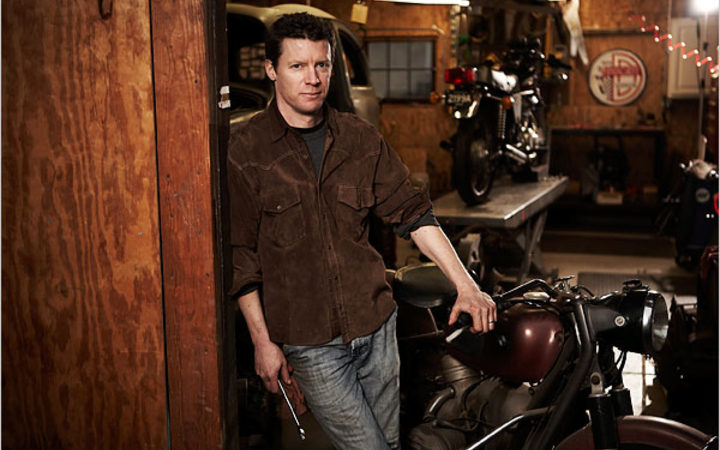 More real thinking goes on in a bike shop than in a think tank, says Crawford in his New York Times bestseller Shop Class as Soulcraft: An Inquiry Into the Value of Work.

And he should know, as a former executive director at Washington's prestigious George C Marshall Institute.

Both society and our education system underplay the intellectual aspect of making and fixing things with our hands, Crawford says.

“For a long time now, particularly in the Anglophone countries, we’ve had this educational monoculture where just about every kid gets pressure to go to university and get on a certain track of working in an office.”

But so-called white collar work is often not all it’s cracked up to be, he says.

It can be mind-numbing, while there is more "agency" in skilled manual work.

“The truth is a lot of people, including some who are plenty smart, would rather be learning to build things or fix things. And I think people are starting to reassess that as a trajectory, in part because this higher education bubble seems to be starting to burst.”

The debt needed to fund a higher education is looking less and less attractive, particularly as a lot of work is now being automated or can be done cheaper offshore, he says.

“Radiologists now have to compete with radiologists in India. Anything that can be transmitted over a wire, you’re now competing with people all over the world. Anything that has to be done onsite is impervious to that.”

Half of the people who start a four-year degree programme in the US are not finished after six years, Crawford says.

And the debt level among graduates is now huge.

After getting a degree in physics and a PhD in philosophy, Crawford lasted five months in a much-coveted job with the George C Marshall Institute.

“On paper it looks fantastic – I was thinking, what could be better? I enjoy thinking, the life of mind is always very important to me.

“The problem was you often had to reason backwards from some desired conclusion to a suitable set of premises that could get you there. There were some facts we were a lot more fond of than others.

“I was making arguments I didn’t fully buy myself, and that’s demoralising.”

In a workshop there's nowhere to hide, he says.

“In fixing bikes either it starts and it runs right, or it doesn’t. There’s no weaseling your way out of that. You might say the BS quotient is much lower.”

In the assembly-line model that transformed manufacturing and now characterises many white-collar jobs, tasks are broken down into less-skilled and cheaper components, Crawford says.

“A lot of work really gets dumbed down, a separation of thinking from doing where all the real cognitively rich part of work is done somewhere else by a separate class of decision-makers, and the rest of us are reduced to clerks – a kind of white-collar assembly line.”

Matthew B Crawford is in New Zealand this week speaking at the Industry Training Federation's conference.