Russia's non-alcoholic drink of choice, Kvas, which is more popular than Coca-Cola in the country, is now being brewed in Christchurch.

You'll find this award-winning fermented pro-biotic beverage in the shops with the brand name ‘Brod’ on the label. 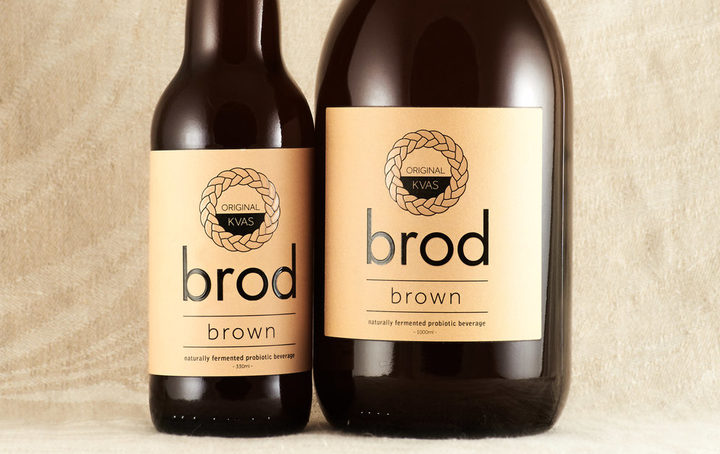 Kvas company founders Sabina Sabirova-Bristow and Jack Bristow tell Kathryn Ryan why it's so popular in Russia, and share a recipe for a gazpacho soup with Kvas.

Sabirova-Bristow, who is originally from Kazan, says Kvas is the “number one drink” in Russia, especially in summer.

“A lot of people just brew it themselves at home because the base is rye bread and we mostly eat rye bread. When there are leftovers, we don’t throw it away.”

She says it’s a very refreshing drink, which goes back thousands of years.

Bristow, who lived in Russia for 18 years, says he discovered Kvas while staying with a Russian host family as a student.

“My host family made this strange drink that was sitting on the table in a three litre glass jar with some bits of bread floating in it and gave it to me to try. I liked it right away,” he says.

Although Kvas is fermented, it is classified as non-alcoholic.

“Kvas is a lactic-acid fermentation, we don’t add yeast to it, so it doesn’t generate alcohol that way,” says Bristow.

“The rule in New Zealand is under 1.1 percent is legally non-alcoholic and ours is about half a percent.”

New Zealanders often describe it as “cidery” or like a wheat beer or ginger-beer without the ginger.

But he says it’s not bitter and doesn’t taste of alcohol.

“It confuses people a little bit of it because it’s a new taste for them and they don’t know what to compare it to,” Bristow says.

Brod comes in several different flavours, including the classic Kvas made in the Russian tradition.

But, there’s also a range of flavours that Bristow has created – including cold brew coffee with cinnamon and cloves, rosebuds and cardamom, and beetroot, ginger and turmeric.

Kvas needs to be refrigerated as it’s a “live product” but Bristow says it is quite different to kombucha, which is made of tea and has more of a watery consistency.

Sabirova-Bristow says the drink has the potential to be very popular in New Zealand, just like kombucha.

“My favourite phrase is if 143 million Russians drink it, why can’t three million Kiwis?

“So, we’re hoping that it will get very popular and we will get there, I’m sure we will.”

For the recipe for gazpacho soup with Kvas, go here.