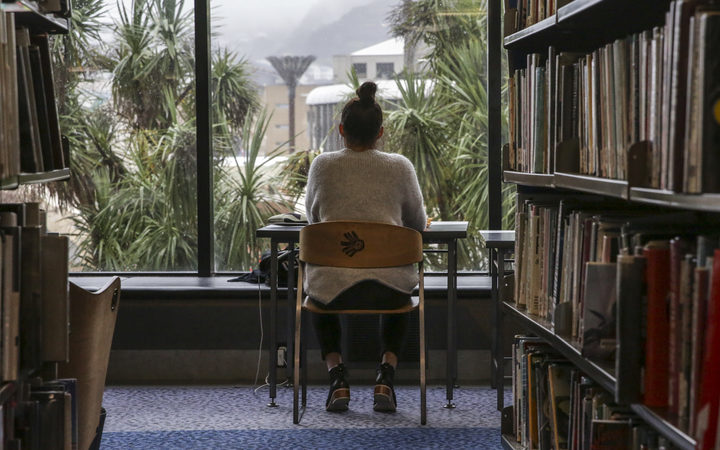 Universities New Zealand, which represents eight universities, said official figures from the Tertiary Education Commission showed their student numbers by end of April 2018 were 0.3 percent higher than at same time in 2017. The increase figure covered all domestic tertiary enrolments.

However, Education Ministry forecasts showed university enrolments had been expected to fall slightly this year.

Universities New Zealand chairperson Stuart McCutcheon said a single year without fees would have no impact on students' decisions to enrol.

"Think about the student who would not have come to university without this policy, but would with the policy," Professor McCutcheon said.

"That student has to be academically prepared for university and they have to be in the kind of financial situation where the thing that will turn them off is one year of fees. Not the opportunity cost of going to university, not the fees in second and third year and beyond, not being away from home.

"I think that hypothetical student doesn't exist, which is why we've seen no real change in the numbers as a result of the policy."

The policy, introduced just in time for the 2018 academic year, gives all new students one free year of full-time tertiary study or training and is expected to eventually cover three years.

The policy would not have encouraged students from poor families to attend university, Prof McCutcheon said.

"If you're trying to get students from disadvantaged communities into university, what you should do is focus on those students, at least in my view, not reduce the cost of attending university for students who come from relatively well-off parts of New Zealand," he said.

Prof McCutcheon said administering the fees-free system had cost the eight universities about $500,000.

Tertiary institution managers have previously told RNZ the zero-fee policy was introduced after most students had applied for courses in 2018 and the scheme might have more impact on 2019 enrolments.

Many tertiary institutions are suffering falling enrolments because of relatively high employment rates and a fall in the number of school-leavers. The Education Ministry had forecast that enrolments would continue to fall until 2021, though it was not clear what impact the zero-fee policy might have.

Education Minister Chris Hipkins said enrolments in all tertiary courses above the level of foundation education appeared to have stabilised in 2018 after five years of decline.

"It is pleasing that the drop in enrolment EFTS appears to have flattened out, particularly at a time when there is a strong employment market, which is forecast to get even stronger over the next couple of years," he said.

"I will be briefing Cabinet this month on the initial high-level Fees Free uptake numbers so far, as this is the first time data has been collected on this significant policy. This data will be released publically shortly after."