Dairy is a cornerstone of the New Zealand diet, but author Mark Kurlansky says it's a surprise so many people are able to even consume the product. 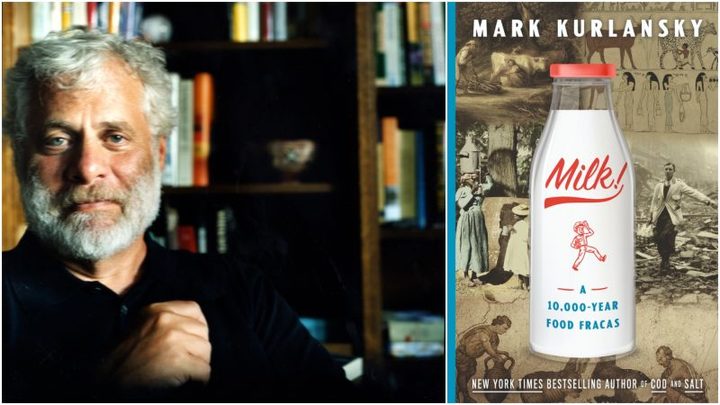 His book Milk! A 10,000-Year Food Fracas traces the diverse history of the white liquid from antiquity to the present.

Kurlansky says lactose intolerance is the natural condition of most mammals and about 40 percent of the human population.

"It's interesting that we talk about lactose intolerance as a disease, whereas it's actually the natural condition and the people who can drink milk are genetic mutants."

Humans are not designed to drink milk past infancy, he says. The enzyme produced in the stomach to digest lactose, the sugar in milk, usually shuts off at two years old, but for some groups of the population, this enzyme stopped shutting off.

"It was genetic, so it goes through groups of people. Middle Easterners and Europeans tend to be able to drink milk because they have the mutation.

"But there is still a large part of the world that can't drink milk. Most Native Americans can't, most Africans can't, except the Maasai, interestingly, because they're cattle herders."

"All around the world we've settled on cows, not because anybody thought cow milk was the best, but just because cows were the most economically pragmatic. You have to feed them a lot but you get a lot out of them."

Kurlansky says that when animals started to become domesticated about 10,000 years ago in the Middle East, it was most likely goats, camels and possibly gazelles that were milked.

He says milk is the subject of creation myths in many cultures, largely because milk nurtures newborns and gives life.

Kurlansky points to the history of feeding newborns and while a mother's milk was preferred, if she couldn't provide it, there were wet nurses.

"There was a belief that wet nurses, their personality would be passed onto the baby from the milk. So if you had a very irritable wet nurse, you'd have an irritable child.

"Which is interesting when you start thinking about animal milk. In fact, it was a common belief that babies that were raised on goat milk were very sure footed."

Historically, milk was only able to be consumed by people who lived on farms, as it was difficult to transport without spoiling.

Initially yoghurt and cheese allowed dairy products to be transported, however the invention of pasteurisation and canning during the Industrial Revolution changed that.

Kurlansky says the history of milk spans time and religion.

"Christians believed that milk was blood, white blood, and Christianity had all sorts of taboos about blood.

"There were certain holy days that amounted to about half the days of the year in which you couldn't consume red meat or anything with blood, and that included dairy."