In 1970 when Simon and Garfunkel were the biggest music act in the world, Paul Simon chose to walk away.

It was a decision borne of his singular focus to improve as an artist, says his biographer Robert Hilburn. 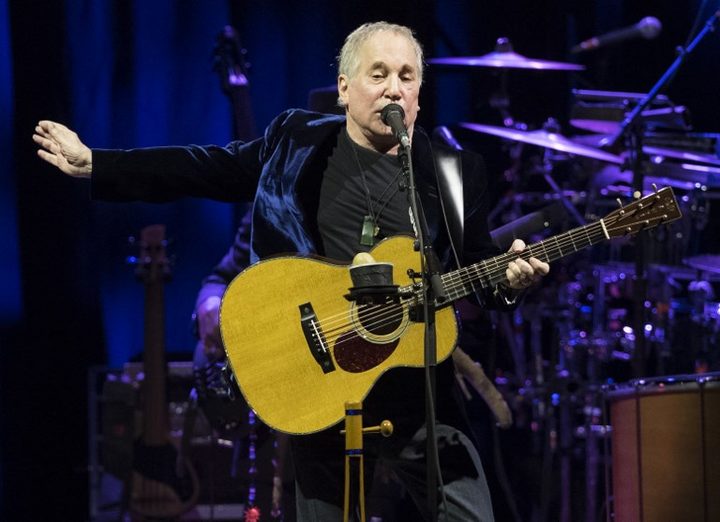 Hilburn interviewed Simon for over 60 hours for the official biography, Paul Simon, The Life which attempts to get under the skin of a notoriously private man.

It's a timely book - Simon is currently on his farewell tour.

A correspondent for the LA Times, Hilburn was with Johnny Cash at his Folsom Prison concert, with Elton John in Russia, Bob Dylan in Israel and he spent a week on the road with the Sex Pistols during their first US tour.

His previous books include a biography of Bruce Spingsteen, Corn Flakes with John Lennon: And Other Tales from a Rock 'n' Roll Life and Johnny Cash: The Life.

"He's a very private person, he learned that from his father, the most important thing as an artist is to protect your music, don't become a show business celebrity, don't be wooed by fame or wealth or drugs."

Simon's media appearances have always been connected to musical releases and he has never agreed to cooperate with a biography before.

Hilburn made his pitch to Simon in LA.

"So he listened, you know, and he went away and I think he read the Johnny Cash book, which was a serious book and treated Cash as a serious artist, and I think he felt it was time. He finally said OK after a few months of talking."

Hilburn discovered that the famously feisty relationship between Simon and Garfunkel went back to their teenage years.

"From the beginning there was tension between Simon and Garfunkel. Paul saw that Art had that beautiful voice but Art saw that Paul wrote all the songs and that gave him all the power in the group."

"He tries to convince Paul, and at that age, to sign a contract saying he'll only write and record with Garfunkel forever. Imagine at 16 years old. Paul's a smart guy he says no."

The pair performed together in New York as Tom and Jerry but had a falling out and it was five years before they reunited as Simon and Garfunkel breaking through with their first hit Sound of Silence in 1964.

They would go on to score massive hits such as The Boxer, Homeward Bound, Mrs Robinson and Bridge Over Troubled Water and end the 60s at the top of pile. 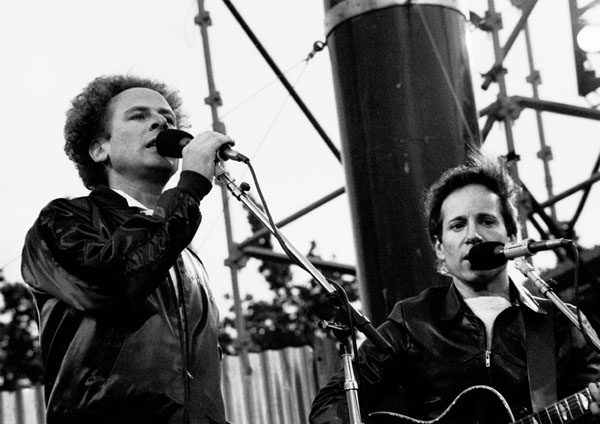 During this time Simon was haunted by insecurities and fears about where the next hit was coming from.

"Throughout his whole Simon and Garfunkel years there was no balance in his life, he was always devoted to the music, he was insecure, he was lonely, he didn't have a lot of friends because he was always trying to perfect that art.

After six years dominating the pop charts with the honey-voiced Garfunkel, Simon decides to walk away.

He went on to have considerable success as a solo artist in the 1970s with hits including Mother and Child Reunion, Me and Julio Down By The Schoolyard, Kodachrome, Loves Me Like A Rock and 50 Ways To Leave Your Lover.

But by the late 1970s and early 80s his career was running out of steam.

"Carrie [Fisher] divorces him, he's had a flop movie [One Trick Pony] he's had two flop albums and he reads in a music trade publication a DJ saying 'we need new voices in pop music we're not going to play people like Paul Simon anymore'."

Simon decides to go to South Africa to make a record, which in the end turns out to be a very fortuitous decision.

Graceland the album that came out of Simon's immersion in South African music was his biggest ever solo hit. It introduced him to a whole new audience and in his middle 40s he was having hits again.

Simon had reinvented himself and was, says Hilburn, better for it personally as well as professionally.

"He was a nicer guy after Graceland because he was happier, he started finding balance in his life."

Simon met and married musician Edie Brickell in 1992, a marriage that endures to this day.

His 60-year relationship with Garfunkel has fared less well.

Simon and Garfunkel have sporadically reunited for tours and one-off shows. These have inevitably ended in acrimony.

But the final split came in 2010, when Garfunkel underplayed a vocal problem he developed after choking on lobster and sang poorly at a festival in New Orleans.

"I didn't feel I could trust him anymore." Simon said at the time.

Hilburn says he contacted Garfunkel on numerous occasions to request interviews for the book, but the singer refused.