A human rights lawyer protesting government plans to build a $1 billion mega-prison has taken the issue to the United Nations.

Human rights lawyer, Julia Whaipooti, spoke to Kathryn Ryan on Nine to Noon about her presentation to world leaders at the UN permanent Forum on Indigenous Issues. 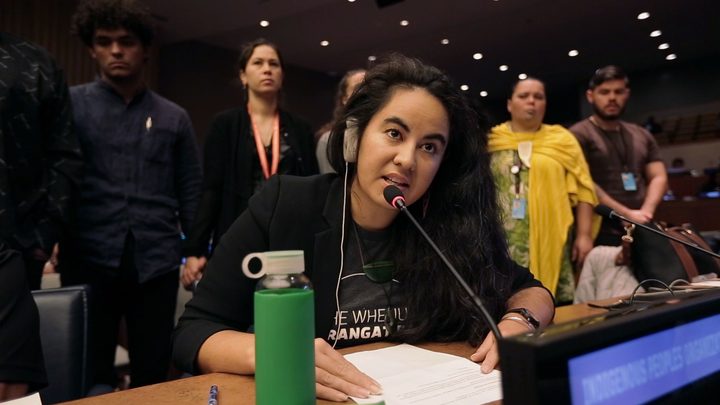 Ms Whaipooti said the proposed mega-prison in Waikeria near Te Awamutu would worsen the already existing crisis and structural racism within the criminal justice system.

Māori were 11 times more likely to be remanded in custody when charged with an offence than somebody who was non-Māori and had done the same crime, she said.

"We have a problematic system and that's the same in every step of our justice process."

"The normalisation of the statistics that we hear back at home which when tabled here at the United Nations was really shocking for everyone that heard in the room."

The amount of resources poured into the justice system was also a major concern, Ms Whaipooti said.

Total Treaty of Waitangi settlements amounted to $2.2bn - while $2bn had been spent on prisons in the past two years.

"I find it really problematic that we spend more in two years in our prisons, housing Māori in our prisons - than what we've done to address the treaty breaches which are largely responsible for why we have so many Māori in our system."

Currently she said more than 3000 people were on remand - and she wanted to see the Bail Amendment Act repealed.

"There are legislative changes that need to happen - because we do have to recognise there is a growing prison population right now that the government has to respond to," she said.

Ms Whaipooti acknowledged many of the issues were inherited from the previous government, but Labour were vocal about the rising prison population while in opposition.

"We put a lot of accountability on this government because this is the government that is in control and in power to make decisions."