Alex Pressman is turning an invasive marine pest into a business. His company, Waikaitu, takes wakame (undaria pinnatifida) and turns it into fertiliser, food and even bee tucker.

Pressman arrived in New Zealand in 2001 and settled in Nelson after retiring from Silicon Valley in his late 30s when he sold a software company he had established. 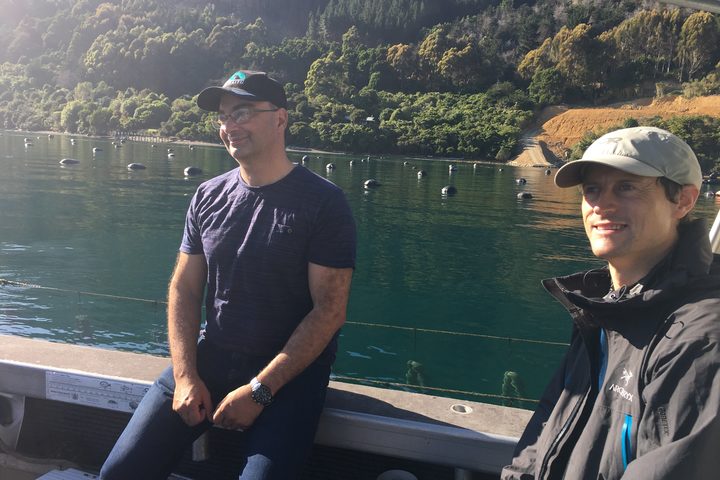 The idea was to be here for a year or so, take things easy and enjoy family life.

But retirement didn’t suit him. His golf and fly fishing wasn’t up to much, Pressman says.

“All the things that you would think you’d want to do in retirement I was not very good at, so I thought, why don’t I find a problem in the environment that’s not being looked at by anybody else and see if could make a sustainable business model out of it?”

He settled on a fast-growing seaweed introduced to New Zealand waters in the 1980s via ballast water from cargo ships. The seaweed had soon became a problem, choking out native species and fouling chains in mussel farms.

“When I started doing the research into what should be done with this species I found something fascinating. The seaweed’s name is undaria pinnatifida - it’s known everywhere in the world as wakame, probably one of the most used seaweeds for food in the world.

“It’s the green stuff that floats in miso soup.”

In Japan they use 200,000 tonnes of this seaweed every year and most of it is imported from China and from Korea.

So rather than spending millions trying to get rid of it, a task he says is futile anyway, it was time to view the slippery invader as a valuable resource.

“We could start a business selling seaweed that came from Asia, back to Asia.

“As you know, once a species becomes economically important it is always very difficult to keep it around. I was hoping the same thing would happen to the invasive species.”

However Pressman believes wakame has a far greater value to New Zealand as a fertiliser.

“Our agricultural sector is a very factory-based concept, very chemistry focused and this chemistry is wreaking havoc with our soil; pesticides, herbicides and nitrogen and phosphorous fertilisers damage the soil biology.”

Seaweed-derived fertilisers could be the answer, he says.

He says seaweed fertilisers reduce the amount of nitrogen used, stabilise the nitrogen that’s already in the soil and have been seen to reduce powdery mildew in some common crops.

And he says with a world population set to reach 9 billion, we going to have to ramp up food production without further polluting our fresh water and soil.

The importance of seaweed 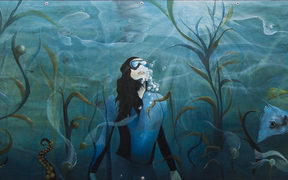 Seaweed gets some love in Wellington this weekend Audio

Listen duration 4′ :31″
Add to playlistPlaylist
Download
The importance of seaweed

Seaweed: can it boost health? 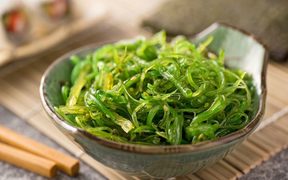