A fictional sex scandal from the 1960s is at the heart of the latest novel by Alan Hollinghurst.

Hollinghurst is considered one of Britain’s foremost writers. His satire of 1980s Britain at the height of Thatcherism The Line of Beauty  won the Man Booker Prize in 2004.

His sixth novel,The Sparsholt Affair, pivots on a fictional affair just before sex between men was decriminalised in 1967. 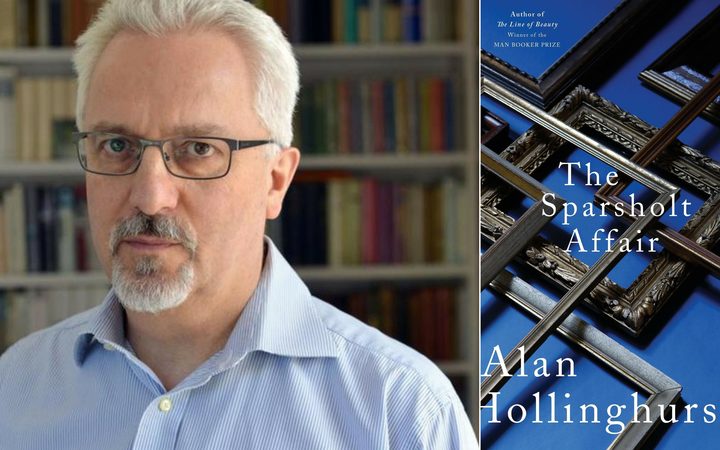 The book covers 60 years of social change, starting in the closeted Oxford of the 1940s, through the London of the 1960s and 1970s concluding in modern times.

“It’s a quite a laborious way of writing a book: spanning 1940 to 2013. It’s almost like writing five little novels in one,” says Hollinghurst.

The gaps in the narrative invite the reader to infer events that may have unfolded, he says.

“I think I’m struck more and more by how things in life are generally not resolved and many things are not explained, and there’s a great deal we don’t know about even those quite close to us.

“I’m interested in making a fictional form that leaves a lot out and invite the reader to do quite a lot of the speculative work about what might be happening on the gaps in the story.”

Although 1967 was the year the Sexual Offences Act in Britain decriminalised homosexual acts in private between two men, society was slower to change, says Hollinghurst.

“That’s one of the things I’m exploring in the book. We certainly move in the book from a world of utter secrecy in the 1940s, where under the strange conditions of the blackout there is this sort of sexual event that is so secret that even 30 years later nobody else knows about it.

“In the 2013 part of the book the protagonist, Johnny Sparsholt, at 60, finds himself thrown into the world of dating apps and so forth and people broadcasting their most intimate experiences and acts online.”

London is another character in the book, a city Hollinghurst has lived in for 40 years.

“I love London and a lot of what I’ve written has been set there.

“I think from the moment I arrived to live there 40 years ago it’s a place that has completely fascinated me and suggests stories to me.

“I can remember ideas for novels just growing out of walks down streets and speculating about the lives were being lived in them.”

His book The Line of Beauty  is considered to be one of the best written about 1980s London.

“In the 1980s there was this vast influx of money, and something similar and in a way more worrying, is happening now. London is just being hideously distorted by investment in highly expensive property which often is rarely inhabited.”

That inevitably drives people from the city.

“You get this strange evacuation of the centre, which is very disturbing.”

As a young, gay man he was drawn to London, he says

“I think gay people coming from the provinces, where any kind of organised gay scene is likely to be quite small, are magnetised towards London because it’s where they can go and lose themselves.”

His first novel came out 30 years ago and established him a gay literary voice.

“It struck me when I started writing my first book [The Swimming Pool] which came out 30 years ago that nobody in England had written literary fiction about the gay experience in any open way. And that book came out 21 years after the Sexual Offences Act.

I found myself in this wonderfully lucky position of having this fascinating area of human behaviour to write about almost for the first time.

But I think the whole notion of gay fiction as a separate genre has rather dissipated now; it was an essential part of the fiction of the 80s and 90s when gay life was being redefined.”