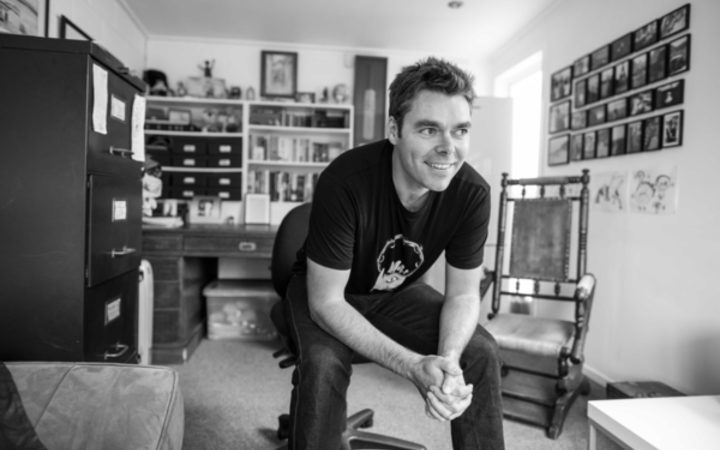 “The country has really changed in the last 10 years” Brown says.

“If you think of our new heroes – Lorde, Taiaka Waititi, Flight of the Conchords – and our lexicon has really changed.”

The book started off as a love letter to his parents and the crazy things they used to say around the house.

“Also to my two Nanas who would say ‘I'm just going for a whizz – I’ll be back in a jiffy’. My kids would now go: ‘What did she just say? What is she talking about?’

“I have a 14-year-old and a 12-year-old and a lot of the language that comes through the house now is not nana-speak and it’s not dad-speak it’s all ‘skux’ and ‘lit’ and ‘I’m hungus’.”

There’s a farming chapter (‘rattle your dags’ ‘he’s all hat and no horse’); Brown says wanted to dedicate the book to the late John Clarke and Murray Ball.

The putdown ‘egg’ has had a revival, thanks to Taika Waititi’s films, as has ‘dork’, Brown says.

“There’s a lot of cool Māori stuff popping up in schools, such as ‘tu meke’, we’re very proud of that.”

More of both Māori and Pasifika languages are merging with English, he says.

‘Not even’ came about through the TV show bro'Town. “There are so many catchphrases from that show, and also Sione’s Wedding”

Brown says New Zealanders are now  more accepting, even proud, of the way we speak.

“This is who we are, we’re proud of New Zealand, we’re cool, and so keep up world.”

The creator of Fred Dagg, John Clarke who died on Sunday, is being remembered as arguably the first distinctively New Zealand comic voice. Audio 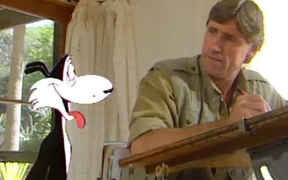 Murray Ball talks to Neville Glasgow about his values and beliefs in a 1992 edition of Directions - replayed as a tribute to the creator of the widely read Footrot Flats cartoon, who died on Sunday 12… Audio