Since setting up a volunteer security force last July to protect the Kāpiti Marine Reserve, the Guardians of Kāpiti say more than 20 incidents have been reported to the Department of Conservation (DoC), compared to just one the year before. 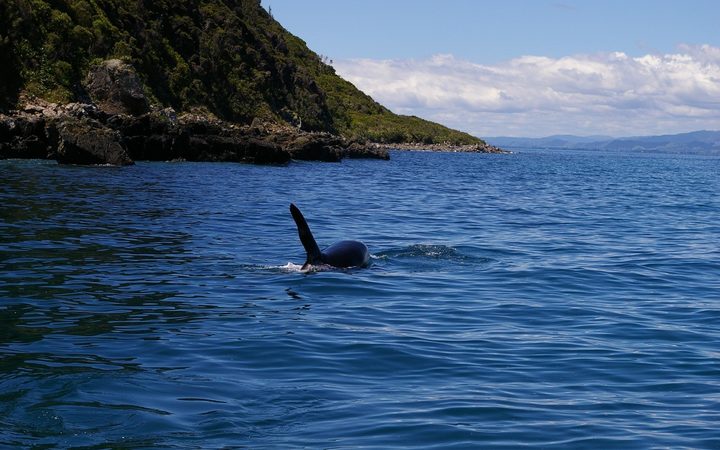 They're also noticing a decline in the number of fish within the reserve because of illegal fishing, prompting concern from scientists in the area for ongoing research projects.

DoC currently dedicates 30 hours a month and just one boat to monitor both the Kāpiti and Taputeranga marine reserves which cover more than 3000 hectares of ocean.

Guardians of Kāpiti Marine Reserve chairman Ben Knight said the compliance observer group was formed after people told him they were no longer reporting incidents to DoC because they knew the boat would be too far away to respond in time.

"There was a loss of faith in the reporting system and compliance management system," he said.

Mr Knight said some of the fishing is probably accidental but that much of it is intentional and organised.

"It's like a lolly jar sitting in the middle of the playground with the lid off and the principal has gone home unfortunately."

The group has recently installed its first webcam at Tokomapuna, an island to the south-east of Kāpiti, and has just received funding from the US embassy to install another camera at the north end of Kāpiti.

The plan is to get the data DoC says it needs. It said in a statement today that it was unable to respond to many of the reported incidents due to insufficient evidence.

The DoC said its funding is data driven and it hopes that more reporting will result in a boat being dedicated solely to the Kāpiti reserve.

"We are currently collaborating closely with the Guardians of Kāpiti Marine Reserve, having recently formed a joint working group," it said.

"DoC also work with other agencies on the coast such as MPI and NZ Police to better protect the marine reserve."

DoC said the increase in reported incidents is probably down to increased vigilance by the community group and warmer weather bringing more people onto the water.

"We are working with the Guardians of the Kāpiti Marine Reserve to continue to improve the quality of information they gather and pass onto us so it meets the required evidence standard for successful prosecution," it said.

Professor of Marine Biology at Victoria University, Jonathan Gardner, said the best form of protection for marine life is full no-take reserves and policing of the reserves is critically important to their success.

"We need a boat on the water pretty much all the time. If you're not policing you don't have enforcement."

Professor Gardner said people who witness fishing in reserves and want to report it need to get the boat registration number and pictures, which need to be taken carefully to avoid confrontation.