There have been 28 fatalities in deer hunting incidents in the past 24 years - often where the shooter mistakes a person for a deer.

New research on what happens as hunters identify a target might be taking us closer to understanding why it can sometimes go wrong. 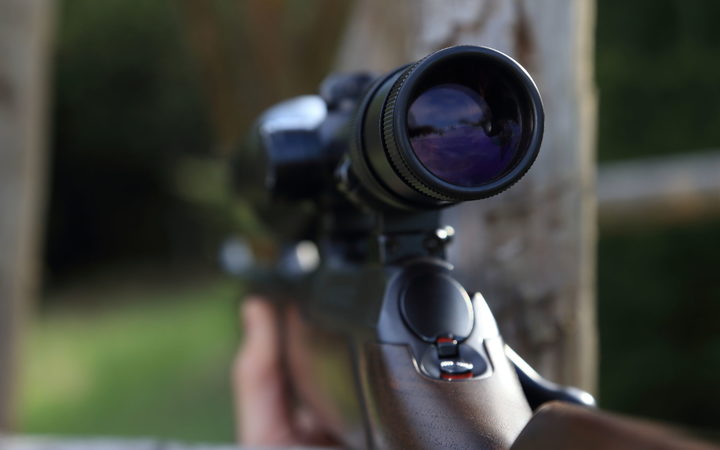 Karl Bridges of University of Auckland has found that pupil dilation, hydration and even personality type could influence a hunter's decision-making at the point of firing.

For his PhD research at the School of Psychology, Bridges immersed himself in the hunting culture; getting his firearms licence, doing a deerstalkers' training course and going hunting a few times.

In an experiment using a safety training hunting scene simulator, he discovered hunters’ pupils dilated on hearing the stag’s roar and at the approach of the animal.

Bridges says dilated pupils can potentially affect the accuracy of the shot, though it’s not clear to what extent, as more light is let in and the hunter is viewing something like an overexposed image.

It turned out people who scored higher on the scale of extroversion were more likely to discharge their firearm.

Participants in the video hunting simulation didn’t have to shoot, Bridges says. "Some didn’t even raise their rifle, because they never felt there was a time to take a safe and successful shot. Those that did generally speaking were more extroverted.”

The experiment also found hunters’ level of hydration affected the accuracy of their shooting.

He also found that participants over-estimated the time that had elapsed during the experiment by between 19 and 38 percent.

This could mean that when a hunter thinks they’ve looked at a target for two minutes, they may have done so for one-and-a-half minutes.

Bridges set up a process where hunters could confidentially report near miss cases, where they’d realised at the last minute they’d targeted the wrong animal or a person.

From these, he confirmed decision-making can be easily upset in the early stages – such as hearing a rustle in the trees and thinking there a deer is approaching - and this in turn can snowball into a mistaken identification. Experience and know-how, as well as final checks before pulling the trigger, can put hunters back on track, he says, so training is critical.

Bridges is two years through the research and will be taking the findings and designing new experiments.

He says it’s like having a jigsaw puzzle in front of him. “Each of these little jigsaw pieces are just getting a little bit sharper so we’ll just keep going on until we can come up with – pardon the pun – the silver bullet at the end of the day.”

His findings are appearing in the March edition of Human Factors Journal.