Parenting: Settling your child into school

Settling in to a new school year can be a struggle - getting used to a different teacher and  classmates, or adapting to an open plan classroom. 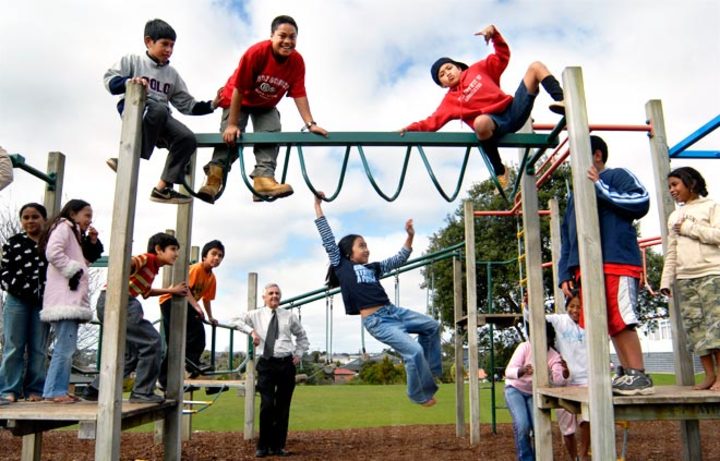 Some take it in their stride but for others there’s a big adjustment period.

Jennifer Pollard describes herself as a kids coach and has worked with schools, families and children on developing skills to deal with stress and anxiety in a new situation.

It can take a year or more for some children to figure out how to feel comfortable in larger open plan environments, Pollard says.

Parents may notice their child is overly stressed but find it hard to get them to open up about what’s going on at school, she says.

And that’s partly because they’re asking children questions directly after a full-on day.

“Choose your moment”, she says. Just before bedtime is often when children will be ready to talk.

Give your child some quiet time in their room to read or unwind and then go in to tuck them in about half an hour later, Pollard says.

“That’s the time they’re going to be thinking about what’s been going on in their day”.

If you ask an open-ended ‘how was your day’ question, there’s too much for children to sift through.

Pollard cautions adults not to project their interpretation onto what their child says.

“Quite often a child will say: ‘I had no-one to play with’ but what that actually means is they couldn’t find anyone who was willing to play the game that they wanted to play.”

Pollard says play for the primary school age group is based on an interest in specific activities, and if there’s no-one with a similar interest the child will simply do their own thing. It’s not something they’re upset about.

But if there is a concern the child is having difficulty developing social skills, Pollard suggests parents invite another child over after school, giving them an opportunity to grow some of those relationships.

Over-use of digital technology can result emotional stress, she says, and parents need to figure out their children’s threshold.

Spending too much time online can lead to meltdowns, full-blown tantrums, disengagement from the real world, being unable to listen to instructions and more negative thinking.

Standardised recommendations, such as two hours on digital devices, are unhelpful, because some children will go into an overload state after 20 minutes.

The effect of digital devices on attention span has a huge impact on children’s ability to learn in a non-digital classroom, Pollard says.

“We have a responsibility as parents to put some really strong boundaries on that.

“Sometimes our kids aren’t going to like that, but that’s why kids have parents.”