Researchers are concerned with the long term implications the warmer South Island temperatures are having on the country's largest ice fields and in turn future water availability. 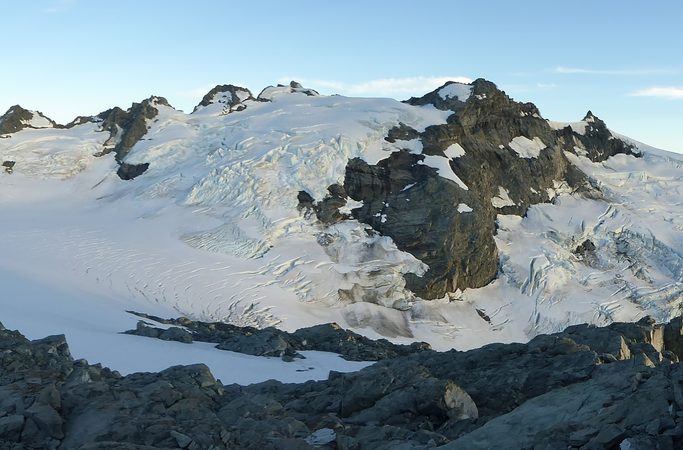 A research team from Otago University has returned this week from the Gardens of Eden and Allah ice fields, which sit just north of Mount Cook National Park.

What they found was a massive melt off of snow which usually provides a protective layer above the ice fields.

"We have snow that falls during the winter, so we have an accumulation of snow and as the summer starts that snow tends to melt off.

"If we lose all of that snow then we tend to see glacial ice being melted and ending up in our rivers," he said.

Dr Nicolas Cullen said if drier conditions continue in the future, there will be mass loss of New Zealand's glaciers.

"While rain provides the main input to our river catchments, once the snow has melted glaciers help to sustain water flow to our rivers. Water availability is set to become a major issue," he said.

The research team are currently looking to use satellite technology and modelling to measure changes in the Gardens of Eden and Allah ice fields, in a bid to have clearer data of the changes.

Dave McKinley of Alpine Guides at Mt Cook said he had noticed this season has been remarkably dry and rockfall has been frequent.

"There is almost continuous small to medium rockfall events can be heard around the park on a daily basis," he said.

Mr McKinley said the loose rock falls when it has no snow or ice to hold it in place.

He said the rockfall means people need to be even more alert than normal.