Maeve* was in her 20s and holding down a good job when her drinking got out of control. 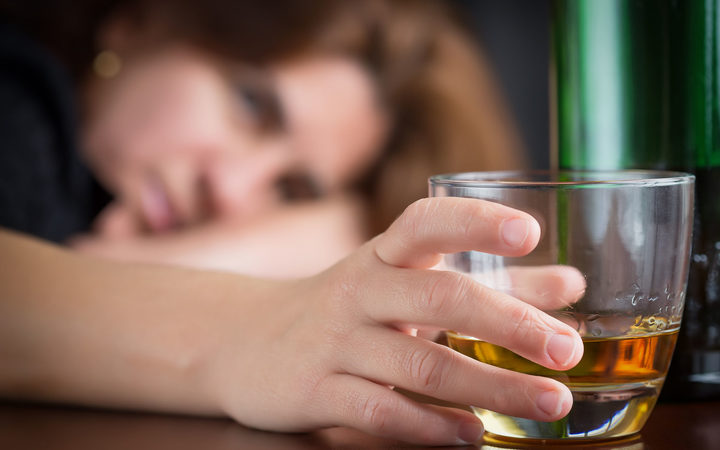 "Alcohol took me to my knees in ten short years", she says.

People have a mental picture of alcoholics as "hopeless, helpless, out of work, very unwell, their livers shot," Maeve says, but "we come in all shapes and sizes".

A survey of Alcoholics Anonymous (AA) members in 2016 backs this up. It found alcoholics span a wide range of ages and most have good jobs and are in committed relationships.

Though her colleagues in the small town newsroom where she worked had their suspicions about her drinking, Maeve says she was "functioning" and able to do her job "most of the time".

It was a workmate who helped her take the first step towards seeking help.

"I had had a terrible, terrible night which had involved mayhem and violence within my family circle, and one of my colleagues saw that I was extremely hung over and said 'Do you know about the alcohol and drug clinic here? ... I think you need to go'.

"She made me an appointment and took me to it and I will forever remain grateful to her for that."

Tests revealed the 28-year-old was a mid-to late-stage alcoholic.

The clinic's counsellor told her that if she continued drinking her liver would collapse in six months.

"It was a terrible shock. I could not believe that that's where drinking had taken me.

"I suppose there was a part of me that didn't want to believe it either because I didn't really want to stop drinking."

The clinic suggested she go to Queen Mary Hospital – the former treatment centre in Hanmer Springs – and join Alcoholics Anonymous.

They also provided her with the name of a woman she could speak to.

"Though our stories were very different we both ended up in the same place, which was lonely and desperate and not knowing how to stop drinking on a daily basis."

The woman took her to her first AA meeting, but it was "full of old men" and she didn't think they could possibly help her.

She tried to stop drinking on her own, succeeding in giving up for four days.

Three months later she went back to AA and has now been sober for 34 years.

Alcoholism is a physical addiction, Maeve says, but to recover and stay sober you have to confront your emotions, "the warped thinking you have as an alcoholic" and the shame, remorse and guilt at how you've behaved and treated – or mistreated – people.

"If you don't confront those things they will eat away at you ... we build up resentments against people, we feel victimised, and unless we deal to those aspects of our disease we will drink again."

Maeve says there are more young people – particularly young women – at AA meetings today than when she started attending.

That may be in part because women feel more able to seek help for addiction now, she says.

"There was a lot of shame associated with it, I think particularly for women, and I hope now with a greater openness and understanding of the process of addiction and alcoholism that there is a little less shame."

Maeve told her story at the AA's national convention in Wellington this month.

The organisation's 12-step programme has provided a guide for living which enables her to maintain "emotional sobriety", she says.