It's been tough, but after much deliberation, Jeremy Taylor brings us his musical picks of the year. 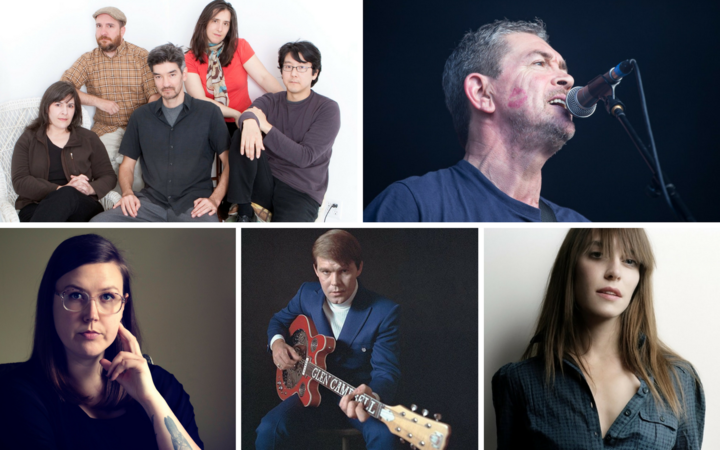 A hugely warm and empathetic record, the former Pale Fountains/ Shack frontman here conjures up the ghosts of his “Magical World Of The Strands” album from ’97, and reminded everyone that he is one of the greatest living British songwriters.

One of the first sounds I can ever remember is the sound of GC singing the songs of Jimmy Webb in his big, honeyed, golden voice, songs like ‘Wichita Lineman’ and ‘Galveston’.

And here, on his final album, he offers up another three, together with tunes by Fred Neil, Roger Miller and Bob Dylan. A fitting farewell, and an unexpected triumph – I have listened to it as much as anything else this year.

Feist - 'I’m Not Running Away'

The oddest sounding singer/ songwriter record I heard this year – all thin and hissy, but with a tonne of dynamics and some fine, fine songs, it really cut through.

The Magnetic Fields - 'Be True To Your Bar'

Stephin Merritt has always seemed on a hiding to nothing in trying to follow up 1999’s seminal “69 Love Songs”, but here on this whopping 5 disc set, with a song for each year of his life, he may just have succeeded.

In a tough year, this album was like a warm bath of comfort, hope and condolence. An amazing set of songs anchored by a quite phenomenal voice and hugely sympathetic playing and production. Absolutely world class, utterly timeless.