Despite a glittering career, cricket legend Sir Richard Hadlee says his “greatest life achievement” was completed only this year.

Hadlee has spent the last four years bringing to life a tour diary kept by his late father, Walter Hadlee – The Skipper's Diary is the result. 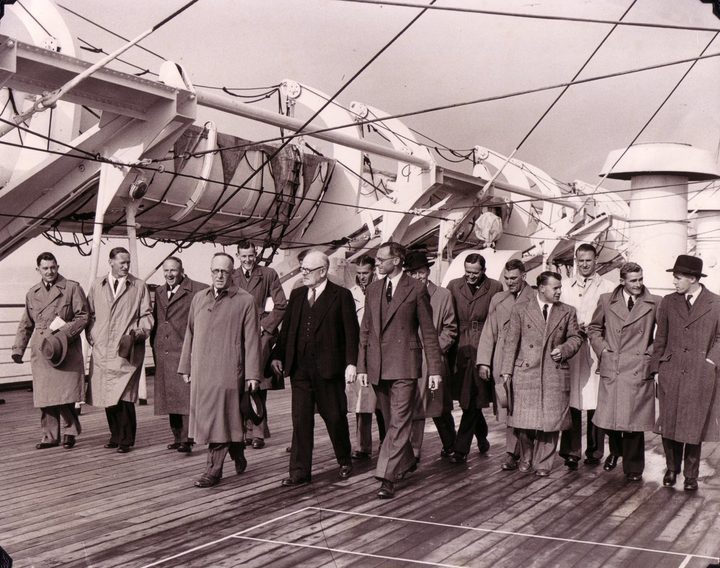 The team on the Dominion Monarch. Photo: Supplied

Walter was captain of The Forty-Niners – the team that brought New Zealand cricket to the world stage when they toured England in 1949.

The Forty-Niners played 37 matches on that tour and won a great many friends and admirers in gloomy, post-war Britain, Sir Richard says.

Over eight months, the team lost just one match, won 13 and drew the remainder. Their four tests against England ended all square at nil-all.

There was a lot of pressure on the team to perform as previous tours had not been successes, Sir Richard says.

“The pressure was put on the Forty-Niners to perform and give New Zealand some credibility and respect because if they had not been successful then New Zealand cricket, I’m sure, would have stagnated.”

The tour wasn’t just a cricket success, it made the New Zealand authorities a lot of money. New Zealand’s previous tours had all been loss-makers.

“The tour made a profit for the first time – that was one of the great legacies this team gave New Zealand cricket – nearly 17,000 pounds, in today’s money that would equate to about $1 million,” Sir Richard says.

The four drawn tests against England were as good as wins, he says.

The English had a strong team in 1949, which included Len Hutton, Dennis Compton, Trevor Bailey and Jim Laker.

Of the tourists, eight batsmen scored over 1,000 runs and bowler Tom Burtt was outstanding with 128 wickets (he worked hard for them too, bowling 1,200 overs).

“To put that into perspective, it would take bowlers today two or three years to bowl the amount of overs that Tom bowled in six months.” 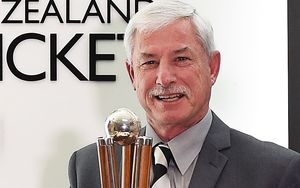 With the bat, Bert Sutcliffe established himself as a New Zealand sporting legend.

“He ended up being the first New Zealand sportsman of the year – he scored over 2,600 runs, Martin Donnelly got over 2,000 runs. [The tour] launched the career of a very young John Reid.”

The tour was a PR success too. Ration-book Britain was grateful for some Kiwi generosity, Sir Richard says.

“Something like four million food parcels went over to England, and the team were distributing those food parcels.”

However the tourists certainly didn’t get rich playing in those days.

“Our guys were full-time amateurs, if you like. They got paid one pound a day. As the tour progressed and it looked like making a profit they got an extra 10 shillings a day back paid!”

Walter’s diary had been sitting in a drawer for years before Richard decided to transcribe it with the help of a typist.

The handwriting proved challenging at times.

“There was a lady who transcribed the diary, the problem she had was reading Dad’s handwriting and interpreting names and places, so there were a lot of gaps – thousands and thousands of gaps – so I had to go through every word, on every page.”

Transcribing the diary took a full year, he says.

“I wanted to recognise the performance and the achievements of the Forty-Niners. They were a special team. I wanted to honour my father and I wanted to preserve the memory of those players.

“This is my greatest life achievement, irrespective of what I’ve done on the cricket field. To bring this story to life through Dad’s writing, this to me is something very special. Even though it’s going back 68 years this story needs to live on forever.”

The Skippers Diary is only available online.