'We don't grow when we avoid the awkward relationship experiences'

Are you a grown-up? Your relationships are the laboratory in which to find out, mental health counsellor Jenny Brown says. 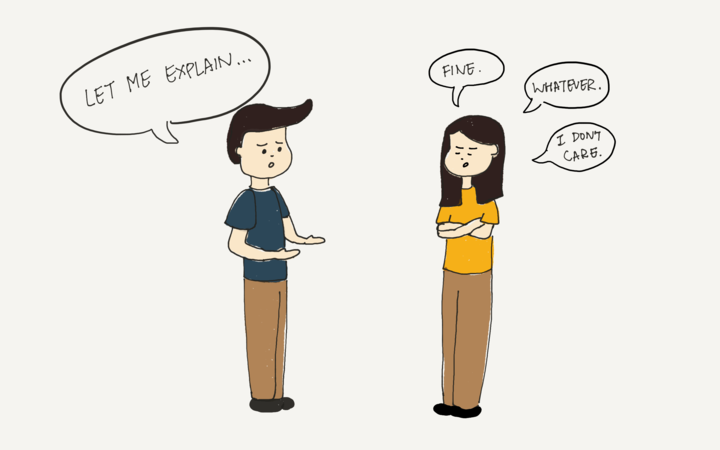 Brown's work expands on the theories of American psychiatrist Murray Bowen, who regarded a relationship as a single unit, like an organism.

Within each of us is a combination of 'pretend adult' [which Bowen called pseudo-self) and 'solid adult', she says.

Often we're not aware of the 'pretend' part, though.

"The 'pretend adult' changes like a chameleon according to what we perceive will be acceptable in the group. The 'solid adult' has inner convictions and changes from within through thoughtful examination of facts, rather than relationship pressure."

Learning about ourselves and how we relate is the pathway to growing up, Brown says.

Bottom line – keep yourself calm (as much as possible) and stay connected.

"Distance is the easiest way to ease pressure in a relationship, but we don't grow when we avoid the awkward relationship experiences."

To keep peace in a partnership, couples often fall into a pattern where one is frustrated that the other has no initiative and the other complains their partner has become bossy and controlling, which Brown calls 'over-responsibility and under-responsibility'.

Over time, equality is lost.

"One person gives up their own decision-making to keep the peace and allows the other to feel secure by being the helpful one who is paving the way for both of them."

Both blame the other, but these patterns are co-created, Brown says.

What the individual can change is the part they're playing in it.

"If you recognise 'Oh, I'm always mind-reading in my marriage, I'm always guessing what I think my partner needs without asking them', that's not helping develop intimacy and friendship. So I'm gonna work on asking my spouse what they think, what their thoughts are, rather than always take the lead."

She concedes defining yourself as a 'parent leader' isn't easy.

"We can lose ourselves with our children. We can parent in reaction to their behaviours and their moods. We can focus on what will make them happy in the short term, rather than 'what's my job is giving them an experience that will help them cope with life outside the family, to cope with rejection, to cope with that word 'no'. We've forgotten, as parents, to say in a calm and principled way, no."

The relationships that really put our maturity to the test – you guessed right – are those with our own parents, Brown says.

A handy checklist for aspiring grown-ups:

Don't let your feelings dominate, refrain from blame, accept people have different views, be responsible for solving your own problems, hold onto your principles and see the bigger picture.

Jenny Brown is the author of Growing Yourself Up: How to Bring Your Best to All of Life's Relationships, which has just been released in its second edition.