'Having something slightly out of place draws your attention in'

Welsh music producer, engineer and musician, David Wrench might not be a household name, but inside the music industry he has something of a reputation. 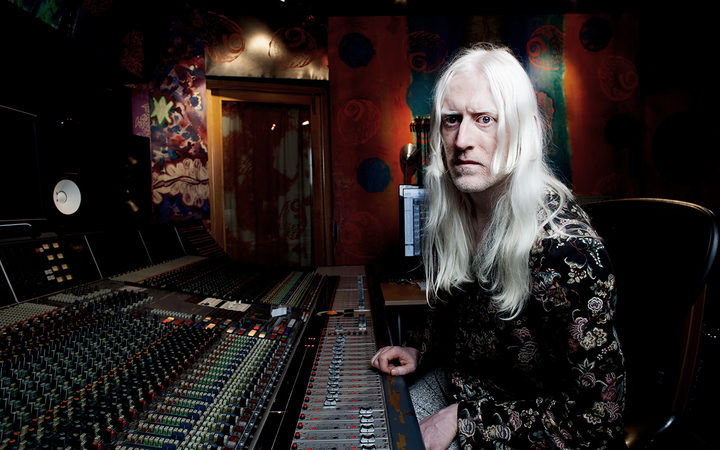 He's currently in New Zealand running a series of recording and mixing workshops at Neil Finn's Roundhead Studios for the New Zealand Music Producer Series and told Nine to Noon's Kathryn Ryan he felt it was important when producing to make one element of the music a little awkward.

"Having something slightly out of place - slightly too loud, slightly in a weird space that feels awkward - I always think that's a good thing to have in a track so it doesn't all feel too safe or too known.

"So deliberately make something sound almost wrong, is something I always do in a track."

"The brain's always interested in new things, so having something slightly out of place draws your attention in, I think."

He remixed Manic Street Preachers' 'A Design for Life'

"That was so stressful cos it's such an iconic song and they'd asked me personally to do it. And I had a couple of goes and I gave up and I thought 'what am I going to do, it's in 6/8, it's a nightmare' and I just thought 'actually, the thing about this is the vocal'.

"So I just made something and put the vocal in a  different context."

He said the role of music producer was becoming something that was more accessible and because a lot of musicians were turning to the craft themselves there was more interest in how to do it well.

"You can make a track, it's really simple - you can make hits on your laptop with very minimal software - so I think because people are doing the production themselves, they're quite keen on hearing more from people who've done it for a while as a living.

"And you don't have to go through that studio system [of learning production], although there is something to be said if you're going to be working with lots of different artists for going through a studio system and observing different working methods.

"And having that level of discipline that you need, especially when it comes to looking after your files and recording your stuff in a way that you're not cutting off your options later on which is fine if it's your own stuff but becomes a bit of an issue if it's someone else's."