It was 1960 when Cassius Clay exploded onto the boxing scene as the charismatic and controversial fighter known as The Louisville Lip.

The Kentucky-native soon became one of the most significant figures of the 20th century. He was variously The People's Champion, The King of Boxing The Prettiest and The Greatest. 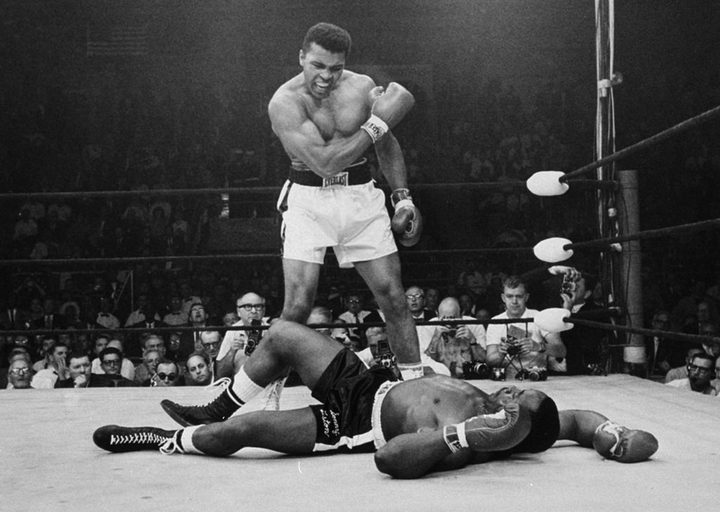 He won an Olympic gold medal in 1960 and the world heavyweight boxing championship in 1964 in an epic fight against Sonny Liston.

The same year he converted to Islam, and changed his name to Muhammad Ali.

Ali became an outspoken civil rights campaigner, a member of The Nation of Islam and refused to fight in Vietnam.

He was suspended from boxing in 1967 and stripped of his heavy weight title for refusing military service,

Later in life he suffered from the debilitating Parkinson’s syndrome caused by thousands and thousands of blows to his head, and for 25 years before his death in 2016, he was a shaky, shambling shadow of the livewire youngster who announced himself to the world in the 1960s.

American author and journalist Jonathan Eig has compiled more than 400 interviews and spent four years researching his book Ali: A Life, the first detailed biography of the sporting legend who became the most famous man in the world.

He says his book portrays Ali accurately; neither saint nor sinner. 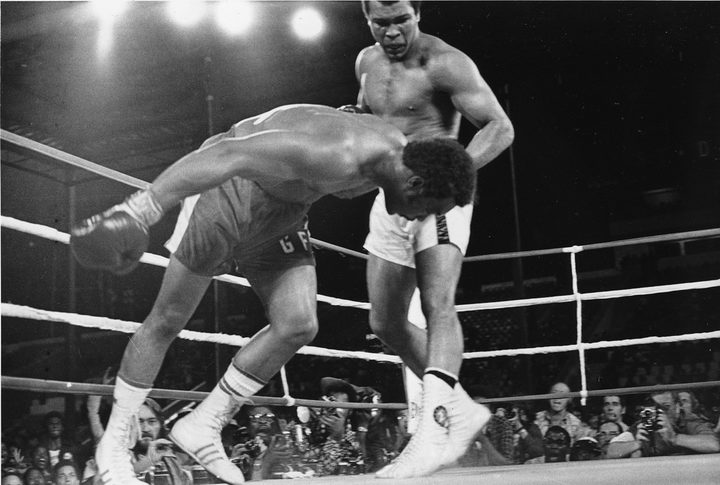 “It was important to understand him as a man, we don’t really do him any favours by treating him like a saint. Ali had very complicated marriages, he cheated on his wives and often ran into trouble with his own children.”

His fight with Sonny Liston in 1964 was pivotal.

“Nobody thought Ali had a chance in that fight, he was seen as a loudmouth, a flash in the pan. He’s won the Olympic gold but he’d done so as a light-heavy weight. Nobody thought he had a chance against a big, strong man like Sonny Liston who dispatched his opponents in a matter of seconds.

“When Ali won people realised ‘hey this kid can fight.’ It was after this fight that he made his announcement I am no longer a Christian, I am a member of the Nation of Islam.

The roots of his activism ran deep.

“He grew up in a segregated city in the south, his father was very upset about the way black people were treated. The Nation of Islam gave him a different way of thinking to what white society imposed, you didn’t have to count on integration to make a place for yourself.

“Boxing gave him a platform and the Nation of Islam gave him this philosophy that black people could operate on their own, they didn’t have to get the permission of white people.”

Ali’s stance on equal rights and the Vietnam War made him a hate figure.

“There were death threats against Ali for this behaviour, there were a couple of times he was shot at when he announced he was refusing to fight in Vietnam. It got worse because now he was not just an uppity young black man, he was also seen as traitor.

“He became the most despised man in America in the late 1960s.”

His position on Vietnam changed as the decade progressed.

“Why should he fight for a country that didn’t give him equal rights? And then he began to say; ‘it’s against my religion, I don’t believe in fighting a war unless it’s a Holy War for Allah’

“It was with that final position, the conscientious objector that he ended up going to court with and was convicted of draft evasion.”

Ali put his money where his mouth was on Vietnam.

“He paid a huge price. He not only lost his heavy weight championship he lost his ability to make money. He was banned from boxing for three and a half years and he lost millions of dollars in endorsement deals – he became a pariah.”

In 1971 Ali came back and fought Joe Frazier in the ‘Fight of the Century’ he lost - then came the ‘Rumble in the Jungle’ fought in Zaire in 1974.

“George Foreman is ferocious, he’s younger than Ali and is dispatching his opponents in seconds just as Sonny Liston had. And Ali’s older now, he’s 32-years-old.

“Ali wins it by being wily, letting Foremen punch at him until he’s so tired he can barely stand up, then Ali begins to fight back.”

Ali was born with his legendary self-belief.

“From the moment he was able to stand up in his crib, he believed that the world wanted to hear his voice. His mother talked about how he was the loudest baby in the maternity ward.

“He had this unbelievable confidence in part because he was so beautiful, so big and so strong. But maybe some of comes from insecurity; he was illiterate, he was beaten by his father so he may have been compensating for some of that. But he had this off-the –chart charisma.”

Ali was a brave fighter and activist but a deeply flawed human.

“He was incredibly cruel to his wives. He cheated on them relentlessly, he sometimes asked his wives to arrange for the hotel rooms where he met his mistresses.

“He was not around for his children, he had a lot of sins to atone for. When he got older he began to recognise that and express remorse.”

Ali ran through his money and it wrecked his health in the long run.

“He was bad with money and he fought too long. He allowed himself to get beaten up when he could see that he was doing damage to his brain. He continued to fight because he needed the money, there were sad pieces to his life story.

His doctor says he thought he saw signs of brain damage as early as 1971 and Ali went on to fight another decade.”

By 1996 Ali had all but vanished from public life, then he lit the flame at the Atlanta Olympics.

“At that point he’d disappeared and you could hire him for a few thousand dollars a day to sign autographs at your parking lot. He was a little bit depressed at that point when he lit that torch - it was a reawakening, it was as if America rediscovered him.