The government must get all sectors to work together to boost local construction skills, confidence and scaling up the industry to achieve its 100,000 homes goal, experts say. 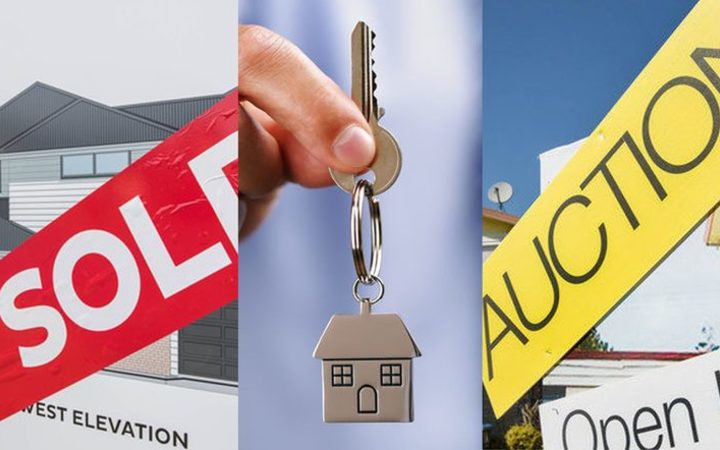 The party has promised to build 100,000 homes for first-home buyers in the next 10 years to deal with the housing crisis.

"The key to me - which is what I've been talking about for the past year in my comprehensive solution - is that we've got to get away from acting in silos," she said.

"At the moment we've got government, council, the community housing sector, developers, banks and iwi acting on their own. We've got to come together."

"We need a real innovation, and when I talk about innovation it's not just about like technology innovation, it's innovation about how do we work together to achieve these targets."

Those targets were many and varied.

Probably the most central problems were increasing the scale of New Zealand's construction industry, however.

"What I'm looking at for housing going forward is there'll be a slowdown in construction in numbers in housing just because of uncertainty in confidence."

"The construction companies, they will scale up if they see there's certainty of supply coming on and the only ones who typically have that sort of supply is government and council.

"How can we keep the construction numbers being built, provide the confidence for the lending to keep happening?"

"The way I would view it is the biggest single issue - irrespective of the policy decisions that have been taken by government as far as how many houses we want built -  is literally building capacity in the industry and having a robust plan for building houses.

"The devil's in the detail ... literally how do we scale up, how do we start talking about increasing capacity in the industry."

He said there was a range of people being brought in from overseas to fill the skills shortage in the industry, but more was needed to grow those skills in New Zealand.

"Nobody's looking at the moment about scaling up the supply side of skills, let alone before we start talking about the technology of construction for example.

People needed to change their expectations, he said.

"At the moment we're building anticipating the New Zealand dream being the quarter acre of paradise.

"From a funding-model perspective we've got a significant issue because basically the vast majority of housing supply comes from individual people commissioning their own house on a standalone block that they create themselves.

"And of course inevitably that tends to supply the top end of the market rather than the bottom end.

"You can actually see a steady escalation, an increase in teh proportion of four, five and six-bedroom homes that exist in Auckland in particular. At the same time the proportion of dwellings with two or three bedrooms - you know, the affordable ones - has declined."

He said those top-end builders were still far outweighing the effects of the Auckland Unitary Plan or examples like Wellington where the council was looking at using its own resources more to boost supply.

"The way I would view it is the biggest single issue is irrespective of the policy decisions that have been taken by government as far as how many houses we want built, is literally building capacity in the industry and having a robust plan for building houses in the industry.

"You've got to have that confidence in the long-term outlook of where the market's going to head to, so that gives everyone the ability to plan in the here and now."

Looking from the perspective of investors, it did not seem the proposed policies could lead to a bust in the market either.

"You wouldn't necessarily see people selling off those older houses for lower prices than they deem necessary, so they're potentially going to hold onto those longer anyway so they're not going to create a massive drop in the market.

"We had a survey of about 1000 people. We found almost 80 percent of people were saying that they have friends and family living in New Zealand and

"And also there are 20 percent of people already had New Zealand residence or are citizens and are planning to come back to New Zealand to settle.

"So we don't want to overvalue the Chinese market ...  but we found that most people overseas are interested in buying property because they have very close connection to New Zealand."

He said buyers were however being put off by the difficulty of getting a mortgage, the low supply of properties and Chinese government policies making it difficult to transfer money.