A few months ago, Grant Smithies mouthed off on air about how crap most recent Australian bands were and RNZ listeners were quick to respond. 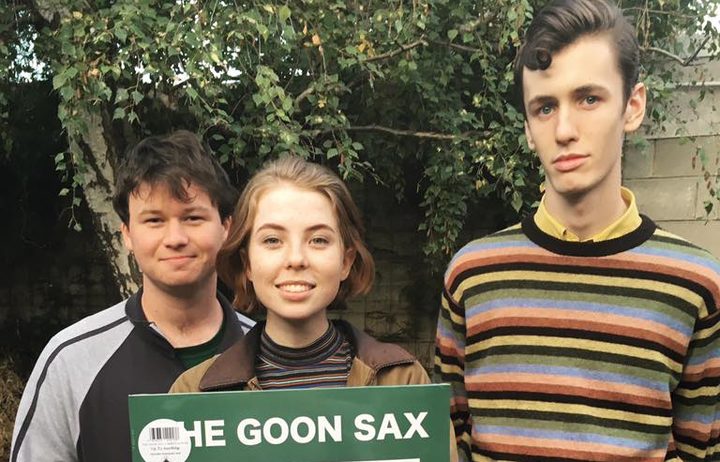 The howls of outrage were loud, and swift in arriving. They started showing up via text, email and Facebook before I even made it home from the studio.

Most people were a bit shouty. There were CAPITAL LETTERS GALORE and multiple exclamation marks!!!!

It was, in the end, all my own fault.

During a previous Nine to Noon music session, I made the throwaway remark that aside from a few recent critters such as Tame Impala, Twerps and Courtney Barnett, the best music to emerge from Australia had done so decades ago. 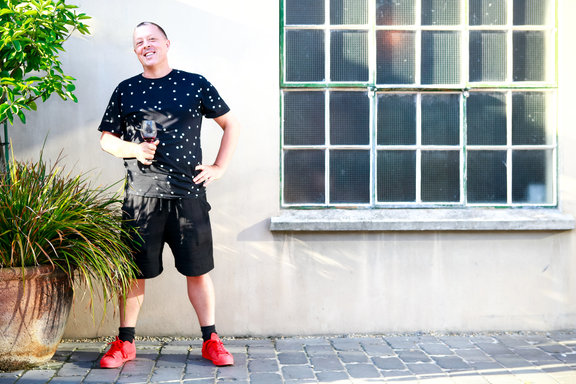 Yes, of course, I loved early bits and bobs by The Saints, The Go-Betweens, Scientists, Radio Birdman, AC/DC, Nick Cave. But most contemporary Australian music was, well… pretty crap, I implied.

Possibly it was the bigger booze-barn venues that encouraged their rock bands to sound so macho and blunt. Perhaps it was the cheaper drugs that made their dance music so generic. Maybe everyone was a bit addled from too much hot sun and bad lager.

But listeners weren’t having it. Messages poured in from New Zealanders first, followed soon after by a whole heap more from people in Australia, the UK and America who’d heard the show via podcast.

My musical education was sorely lacking, they said. The land of the dusty dingo has more great bands than an alley cat has fleas, I was told. Not only that, but many of these bands had made their best records within the past five years.

An alternative pop fan in Seattle even contended that the most interesting indie guitar bands “in the entire world right now” were based in Australia.

To back up their wild assertions, people fired through copious links to great songs by Australian bands I’d never heard of. I listened, and I learned.

I was ashamed of my precious rash dismissal of an entire nation’s underground music culture and also amazed that we didn’t hear more of the really good stuff over here, on this side of the Tasman.

And so, by way of a musical mea culpa, here are four of the best Australian bands suggested to me by RNZ listeners.

“Goon sack” is Australian slang for the silver plastic bag of booze within a wine box, and a better symbol of low-budget intoxication and irresponsible youth would be hard to find. 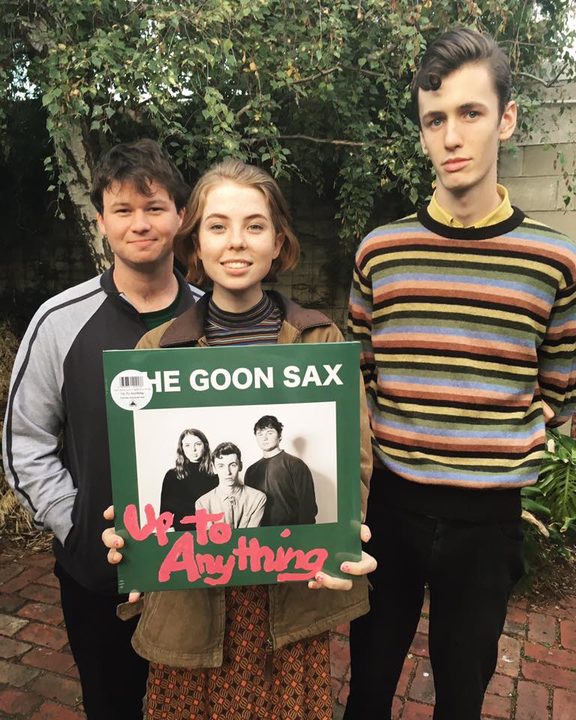 The trio formed at high school in 2013, when James and Louis began writing primitive pop songs in James’ bedroom, inspired by The Pastels, Bob Dylan, Velvet Underground and Talking Heads. Riley joined the following year after a mere month of drum lessons.

Most of the songs on their 2016 debut album Up To Anything recall a younger, goofier version of The Bats. There’s a melancholy sweetness to them, a defiantly unmacho charm, as they roll out a series of wistful lo-fi vignettes about getting older in the suburbs while feeling perpetually awkward and a bit confused about how to behave.

Particular standouts are Home Haircut, about the difficulties of acquiring an appropriate rock-star hairdo ("I show them a picture of Roger McGuinn, Edwyn Collins, John Lennon, David Byrne; It seems I just can't win..."), and second single Boyfriend, in which Louis pines for a male lover his own age and lists all the things he’d do to make him happy.

Another Brisbane band, and another ripper. Singer/ drummer Daniel Spencer has a nasal whine that suggests Bob Dylan fronting some sort of wild-eyed modern psychedelic band, with his organ-playing sister Sarah singing harmony. 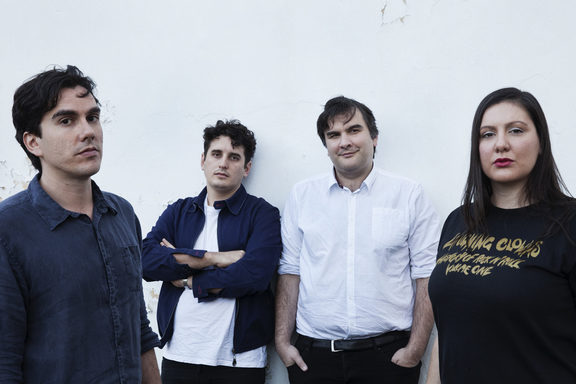 They started out releasing experimental noise-rock CDRs but have become more majestic, trippy and song-focused over time, though the guitars are still tough and urgent on many of the songs on their third album, Grassed Inn, released in 2014.

Blank Realm are regularly compared to Echo and The Bunnymen, Big Star, Can and The Clean by breathless American reviewers. “The best live band in Australia right now” reckons Crawlspace Magazine. And I just say “Dig that mad synth outro on Reach You On The Phone…”

Numerous Nine To Noon listeners wrote in saying no overview of Australian underground music would be complete without mention of Perth legend, David West.

Of all the Australian musicians I’ve recently discovered, West feels like the most significant. Nearly everything I find of his is memorable and arresting, whatever the sound or style. 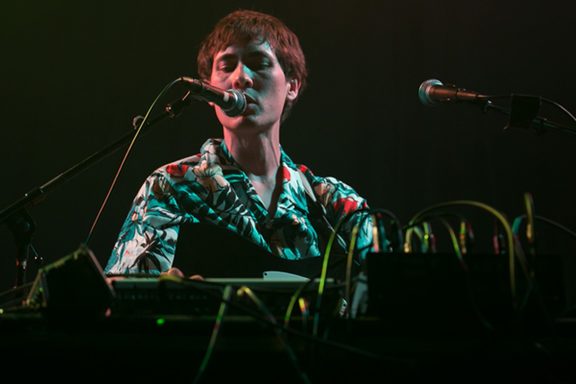 He collaborates widely and moves often. West lived in San Francisco for four years before heading back to Melbourne, then recently upped sticks and relocated to New York.

Leaf, his second full-length under the indie pop moniker Rat Columns, is a particular pearler in my view: a rainy-day pop album full of chiming guitars, big pop melodies and mopey lyrics.

It was recorded with a bunch of his regular musical accomplices at Kelley Stoltz’s home studio in San Francisco in 2014, but could just have easily been squeezed out onto a four-track reel-to-reel in Dunedin circa 1983.

There’s a warm and weary melancholia to many of his Rat Columns songs. “Yeah, I want them to have that sad/ happy thing,” he told one interviewer when this album first came out.

“It’s music that comes naturally to me: that dour thing. I’ve been in so many aggressive bands before, so I wanted to do something a little more intimate. It’s veering into more bittersweet poppy stuff.”

You could find no better example than the song, Alone, which has a distinctive Flying Nun vibe to my ears, not just in its sound but also in the cheap-as-chips inventiveness of the arrangement.

I love the tension in it: the way there’s a deeply distorted, slightly too loud electric guitar supplying gnarly background texture while a second super-clean electric guitar plays the melody at the front.

Check out David West in his other band Lace Curtain.

This Sydney band’s members all go by one-word names: Shogun, Joe, Law and Shorty. This is, of course, a very good thing, and the no-nonsense brevity spills over into their music, too.

Short, sharp shocks are delivered aurally, with few tunes getting past two minutes long or falling below the red zone marked “hectic” in tempo. 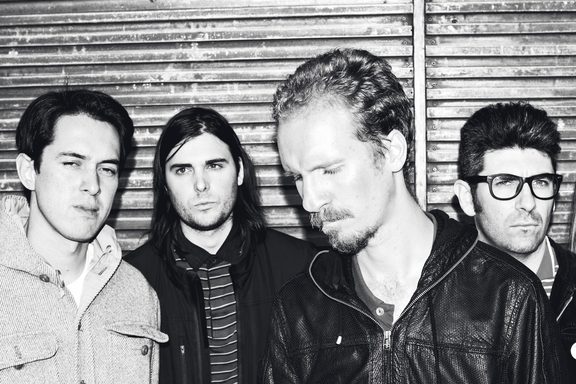 Many of their songs sound like some sort of mid-Atlantic musical culture clash. You think of US punk band The Ramones trying to play 60s British R’n’B, or perhaps The Jam covering an old Stax soul tracks at double speed.

And Royal Headache is surely the best band name in the history of the world- grandiose and pained, and funny, too, like something your nana might call her migraine.

I’ve fallen hard for their self-titled debut LP, which was released way back in 2011 and has taken all this time to swim the Tasman and wash up in my backyard. It’s loud, fast, energetic music, full of raw power chords offset by strong pop melodies.

The drummer, Shorty, is a town planner for Sydney City Council. Given the pace of these songs, I’m sure he’s a man who gets shit done pronto. But I reckon the band’s secret weapon is the singer, Shogun, who idolises Otis Redding and Wilson Pickett and brings the urgent, emotionally overloaded vocal attack of a 60s soul singer to this ripper record.