Antarctica is shrinking, and thanks to advances in computer modelling and data analysis, we now know that its ice is contributing to global sea-level rise, an international climate expert says. 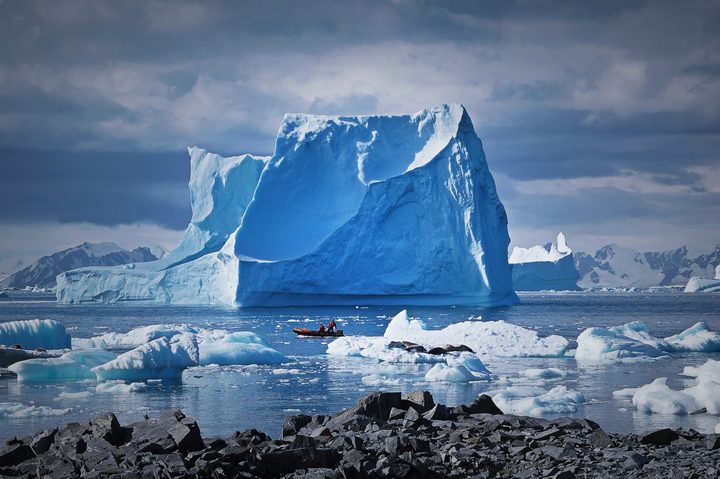 Antarctica is losing an estimated 100 billion tonnes of ice into the ocean each year, which is not being replaced by snowfall, says Matt King, a professor of polar geodesy at the University of Tasmania.

King's research includes observing and modelling the Antarctic ice sheet and estimating the resulting sea-level change and the changing shape of Earth.

Science started to get serious about the Antarctic in the middle of the last century, he says, but only in the recent post-satellite age have we been able to accurately measure how it's changing.

Yet until now, what was happening to the frozen continent has remained something of a mystery.

“Even after two decades of satellite measurements and billions of dollars spent on launching those satellites you could pick your number.

“Some were saying Antarctica was growing, some were saying it’s shrinking. It’s only really been in the last few years when scientists have reached a consensus.”

That consensus is yes, it is shrinking, but the changes are complex and not continent-wide.

Analysis of ice cores and sediment from the ocean floor gives us a much clearer picture of past changes and possible future changes, he says.

“We do know that Greenland is definitely being melted by atmospheric warming almost entirely driven by humans in the last 50 years.

“Antarctica is an interesting one. We don’t really know if there are human fingerprints on Antarctica yet.”

He says one thing is certain, however.

“In the future as humans continue to turn up the temperature knob on the planet that warming atmosphere and ocean is going to melt ice.”

The Antarctic ice shelves have a moderating effect on downstream ice, he says.

“Those ice shelves act as plugs on the ice that is upstream ... It’s a retaining wall. Effectively it slows everything down and when you take that away everything speeds up then you do get an increase in sea-level.”

Global sea levels are rising by about 3mm per year and Antarctica is contributing a bit over 10 percent of that, he says.