Barefoot Ted on the joy of natural running 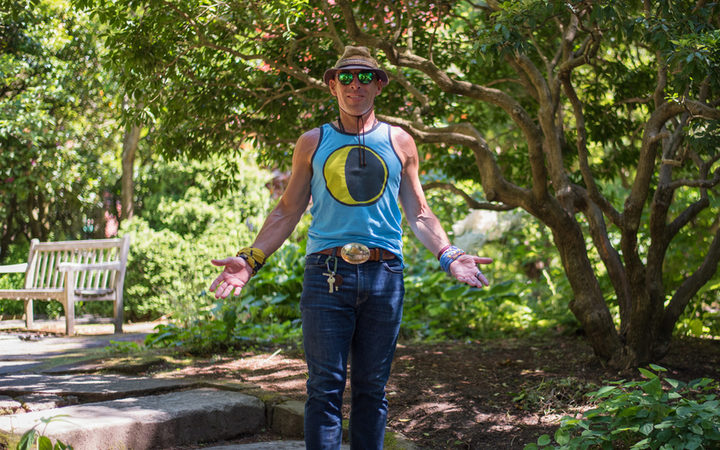 A skipping rope can help people re-learn the 'primal skill' of running without shoes, says Ted McDonald, aka Barefoot Ted.

McDonald is at the forefront of the barefoot running movement, or 'natural running' as he calls it.

He's completed marathons, even ultra-marathons, using what he says is the best technology – his feet.

There's enormous pleasure to be found in running as we were designed to do, he says.

McDonald first came to prominence through the pages of Christopher McDougall's best-selling book Born to Run.

Reverting to running with the tools we were given started by paying attention, he says.

“Running when it’s smooth and light and it’s not pounding and jarring, that’s when I realised.”

So he decided to “tune back into default equipment”.

“In Southern California, we were barefoot all the time, and I think a lot of New Zealand can possibly appreciate that.

“I realised, probably, I’m a human being and I can use my own feet that have always been functional and useful.”

The ideal barefoot running style differs from that with conventionally clad feet, he says.

“The ideal running style without footwear would have a quicker cadence, in other words, the number of foot strikes per minute, it would and feel quite a bit lighter and springier landing mid to forefoot rather than on the heel.”

A skipping rope can help people re-learn this technique, he says.

“Anyone can do this by pretending they’re jumping rope, but slowly landing hard on your heels then quicker landings on your forefoot. You’ll immediately understand what I tuned back into and played around with.”

“I tuned into my body and literally feel better in my body. It’s quite liberating to think you might have the tools to figure that out on your own.”

It's a way of “tapping into this primal skill”, he says.

“I was interested in how I could arrive at the finish line not broken but ready to dance if need be.”

McDonald is the founder and owner of Luna Sandals in Seattle, where he's also founder of Solowheel Seattle, the one-wheeled urban transport company. He'll be in New Zealand in October to speak at Runfest.