Lifting the restriction on the use of medical cannabis is like "dangling the carrot" but not being able to grab it, a medicinal cannabis advocate says. 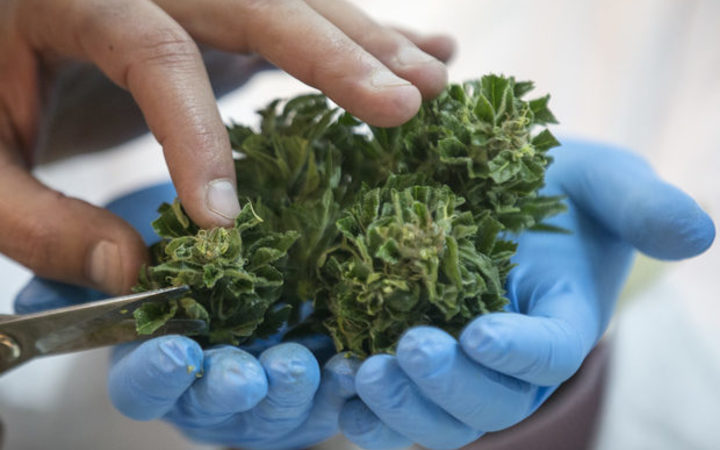 Doctors can now import and prescribe cannabidiol (CBD), which was previously a controlled drug under the Misuse of Drugs Act, bringing New Zealand into line with other countries including Australia.

But Rose Renton, whose son Alex was the first New Zealander to be granted an exemption to use it in 2015, said the move does not go far enough.

"It's totally symbolic. The only CBD that New Zealand doctors are able to prescribe is imported CBD that is hugely priced," she said.

"The New Zealand public are being told one thing but they are not being given any affordable access to it."

Ms Renton's 19-year-old son was able to use medical cannabis one month before his death, after getting ministerial approval. He died of severe epilepsy.

Since then, the government changed the law so doctors could prescribe cannabidiol - a move it said would prevent people from getting "junk" off the market.

Nelson lawyer and medicinal cannabis advocate Sue Grey said lifting the restriction was unlikely to offer patients any real change to their treatment options, but was a good step forward.

"It's the government recognising that there are benefits to cannabanoids, whereas in the past they've said we need more research, so symbolically it's great."

Ms Grey said it was important people understood that the law change did not mean they could import their own CBD products and said even with the restriction lifted, doctors could have difficulty getting the products into New Zealand.

"In theory they're allowed now in New Zealand but in practice it's still really unclear what products are actually going to get into the country because of all the importing restrictions."

"It works as an anti-nausea agent for people, especially people going through chemotherapy, there's substantial evidence to treat chronic pain and also for multiple sclerosis spasticity."

Ms Catherwood said it was now time for doctors to educate themselves on medicinal cannabis as many were unsure about what conversations they were allowed to have with their patients.

"GP's are confused ... there's the issue of THC (Tetrahydrocannabinol) being illegal and now this law change today."

"If GP's are having issues with these products they need to address this and contact the minister for health to let him know what they want."

In a documentary produced by Ms Catherwood, she said about 175,000 people in New Zealand use cannabis for medical purposes, but many had not had an informed conversation about cannabidiol with their doctor.

Ms Catherwood said doctors had an obligation to their patients under the Health and Disabilities Act to have discussions about medicinal cannabis, so they were able to make informed decisions.