Schools should aim to make every child bilingual and languages should be treated like a resource, Australian languages policy expert Joseph Lo Bianco says. 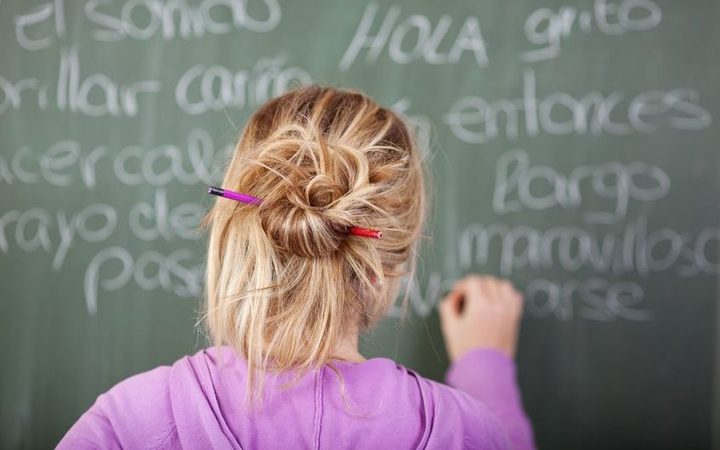 Professor Lo Bianco from the University of Melbourne developed Australia's languages policy and was in Wellington to discuss the need for a similar policy for New Zealand.

He told Nine to Noon one goal for a national languages policy would be to ensure more people could speak two languages.

"The schooling system should achieve bilingualism for everybody. This would be English and another language and everyone or a much higher proportion of students will know te reo," he said.

"What should happen out of this process is a long-term goal for achieving gradually greater and greater mastery of more than one language for everybody."

Professor Lo Bianco said there were "innumerable benefits" to speaking more than one language.

"They are cognitive ones for learners who achieve greater ability in subject performance in many areas if they achieve a higher level of proficiency in two languages - we know this from research all over the world.

"I know in this election campaign, people are talking about the lakes and rivers and the natural environment of the country. I think there is a parallel with language. Communication is what keeps our social body politic together, it's what energises the economy, it's what makes education operate. We need to treat language like a resource for the community."

Professor Lo Bianco wrote Australia's National Policy on Languages in 1987. At the time it was the first multilingual national language policy in an English-speaking country.

But Australia had chopped and changed its policy since then, he said, and that had hindered its impact in schools where many students in their final year of secondary school no longer studied a language.

"Governments come in regularly and want to emphasise a short-term goal here or there and then they disrupt the original plan that the experts had worked out," he said.