Rosita Worl: 'You have to know the system better than they do' 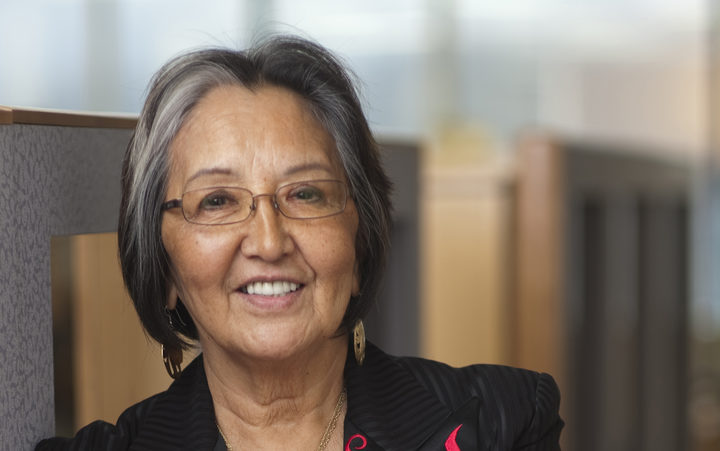 Dr Rosita Worl is a Tlingit elder from Southeast Alaska who has spent a lifetime advocating for Native Alaskans.

After being taken from her family by welfare authorities when she was six, Dr Worl went on to gain a PhD in cultural anthropology from Harvard University.

She tells Lynn Freeman her story.

“I had wonderful grandparents and they didn’t believe in school so I didn’t go to school and I had the greatest time of freedom running around being on the beach while all the other kids had to go to school.

“They weren’t especially impressed with white society and they didn’t want me to be exposed to that.”

But all of that freedom came to an abrupt end.

“What happened was the welfare lady came and said 'Would you like to see your brother?' I said 'Yes', but I didn’t at age 6 comprehend what that would mean. I didn’t know it would mean I’d have to leave home.”

She soon realised something was wrong when the driver of the car taking her away said something to the welfare officers.

“Don’t you think we should tell her grandparents you’re taking her?"

The welfare lady said, ‘No, drive on’. That’s when I knew something was wrong.”

Worl tried to fight and escape, but had no chance, she says.

“I never got to see my grandparents again. They passed away when I was in the school.”

The school she was taken to was called an orphanage, although Worl was far from an orphan, she says.

“I wasn’t the only child being taken away. We all met in Juneau and they loaded all of us children on that boat. We were brought to Haines House.”

Worl hated it there and was often in trouble until her aunt, Momma Bessie, came to the rescue and got her out of the school.

“It took her three years to get me out of that orphanage.”

“The policy of the US has forever been to Christianise, to civilise, native people, indigenous people, American Indians.”

Worl was introduced to activism by Aunt Bessie (her biological mother’s sister) and became a union organiser in Juneau where salmon canneries were bringing work to the region.

“It didn’t take too long before we noticed the white people had the better houses and that they were earning more.

“My training was going with her and taking minutes when she would hold meetings.”

At the time there was a great deal of discrimination against native people, she says.

And things only got tougher when she then went not to a native school as she wanted but to a white school.

“I wanted to go to the native school with my brothers and sisters … Mother said 'No, you’re going to live in a world that’s very different, you have to learn to get along with white people.”

As was traditional in the Tlingit culture, Worl was betrothed to marry when she graduated.

Her intended was Paul, a good man who owned his own fishing boat.

“He treated our family really good. He was a fisherman, he owned his own boat. He would always send native food into Juneau where we lived.”

But it wasn’t to be.

“When I graduated, I ran away from home.”

The Tlingit people have always believed in education, so she went off to college.

“It was like a whole new world opening up to me, it was like opening your curtain, and I was seeing this whole different world from the world that I grew up in.”

College education didn't come easy though. Worl was handicapped by missed school years due to sickness and working in her peoples’ fisheries during term time.

She studied anthropology, in particular the affect institutions have on native people.

“You don’t make judgements about those [native] societies, you try to understand society from its perspective. You are not the judge of that society.”

Worl's academic field has informed her activism, she says.

Her dissertation was on Tlingit property law and she has been active in Native American cultural property and repatriation fights.

“You have to understand your enemy. You have to know their system better than they do.”