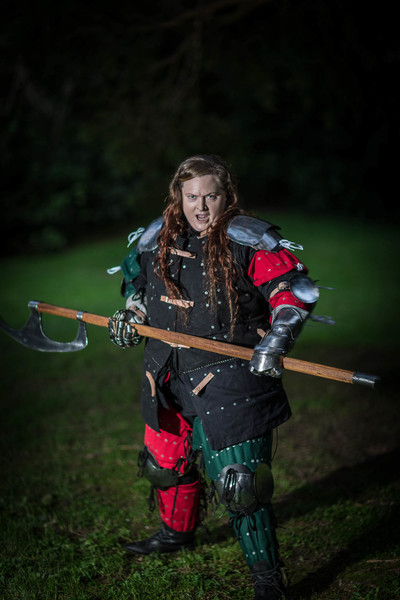 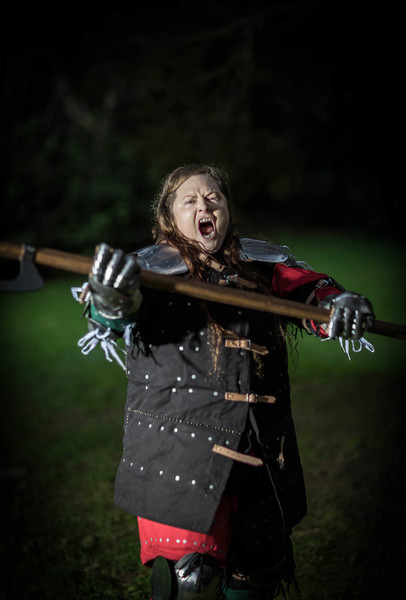 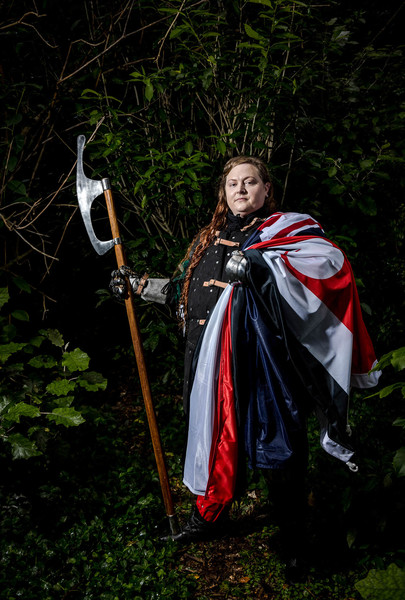 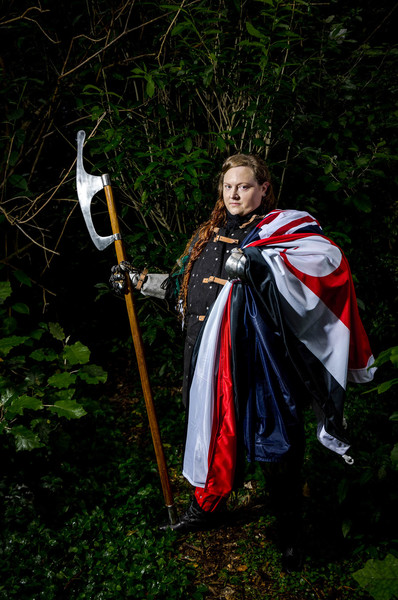 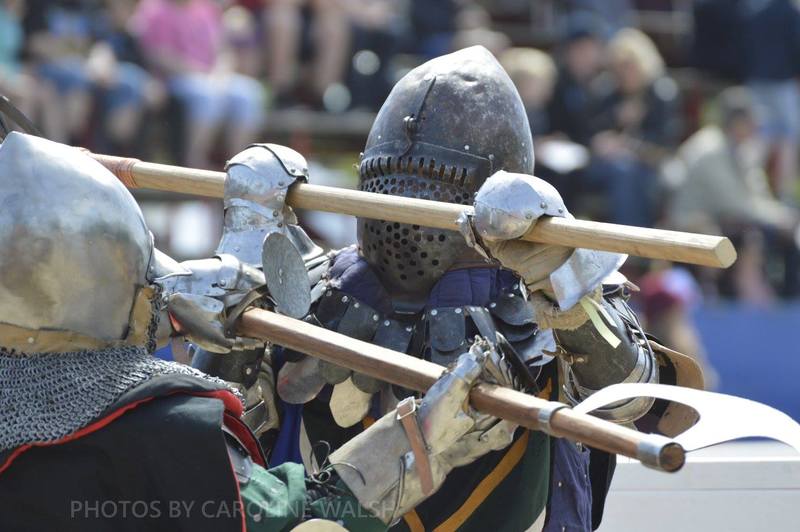 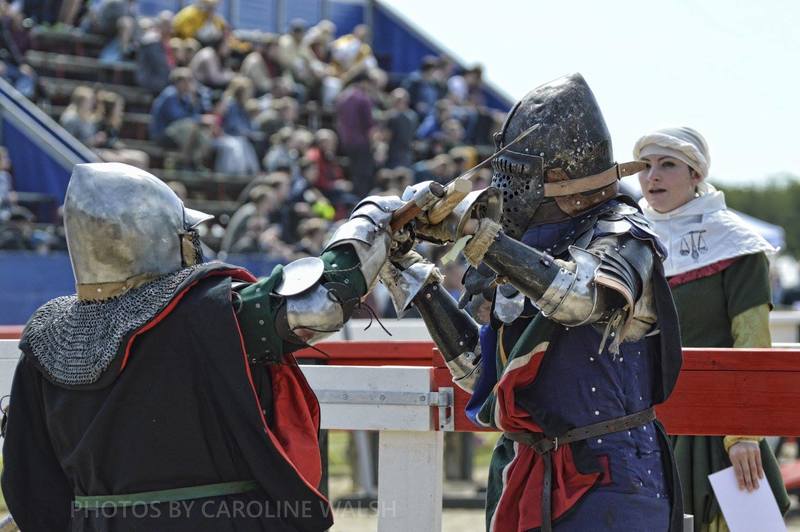 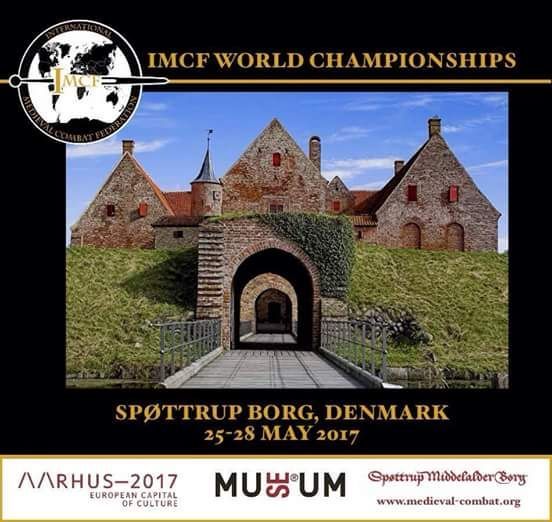 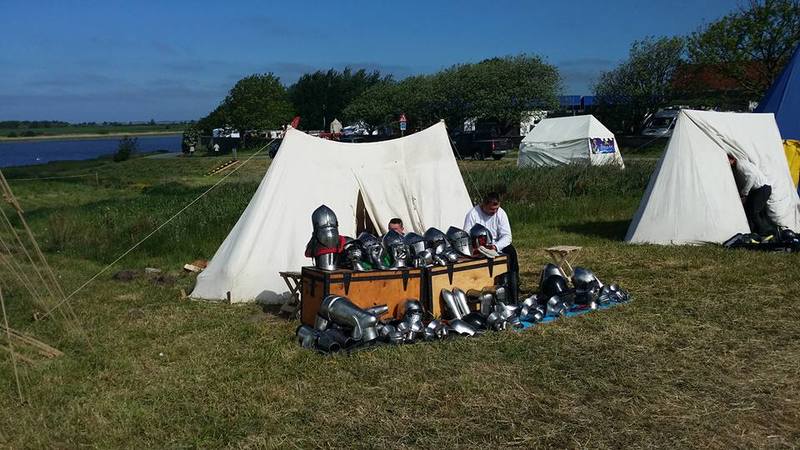 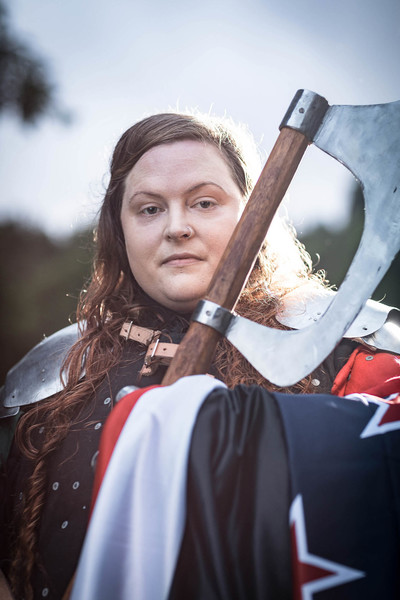 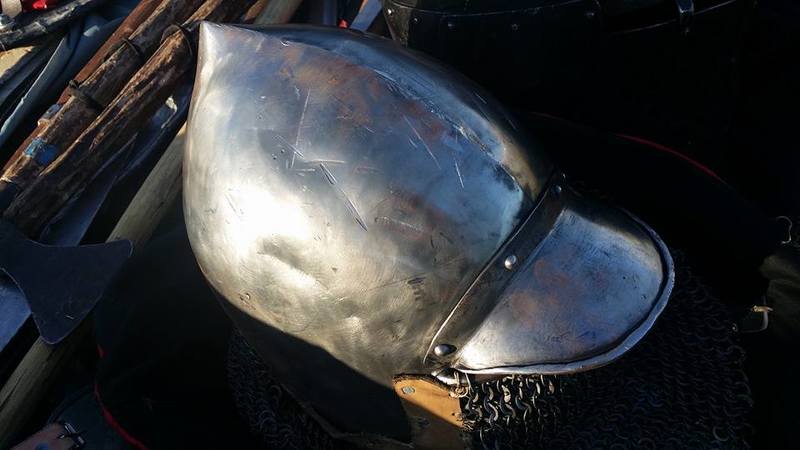 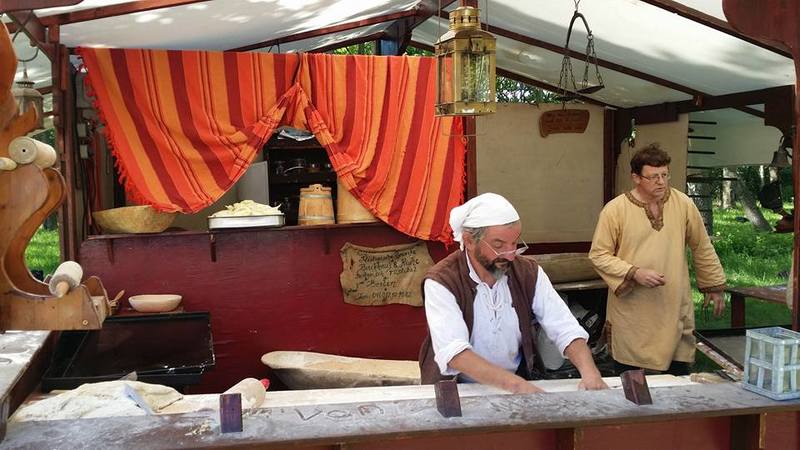 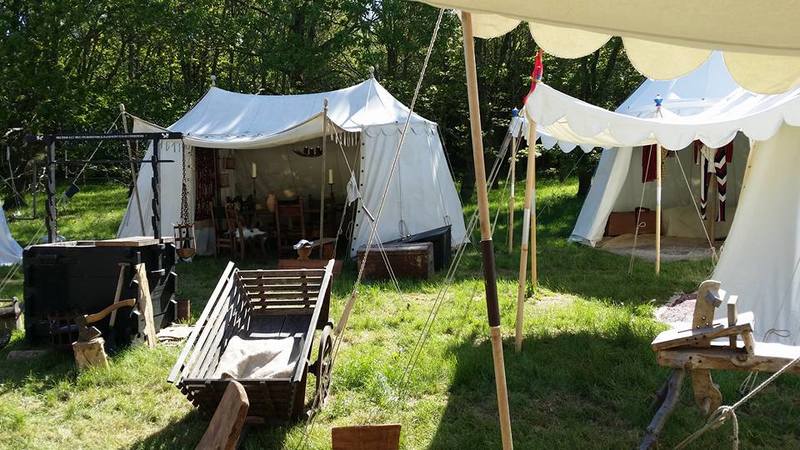 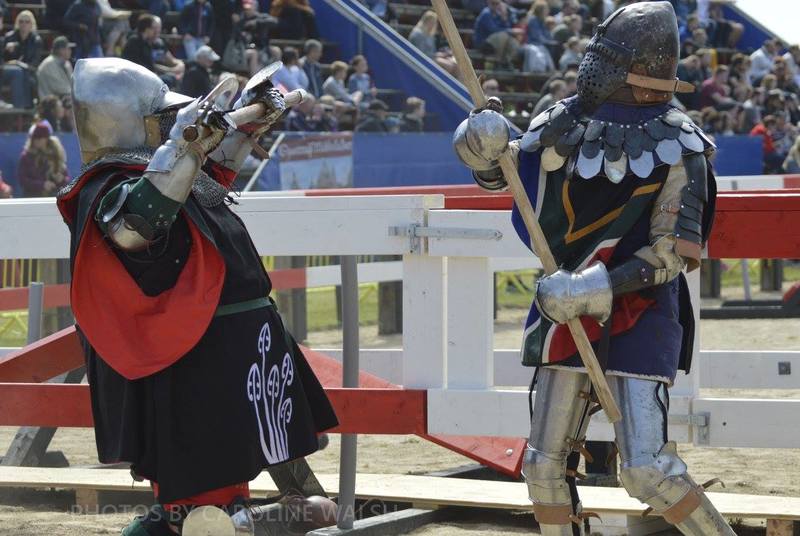 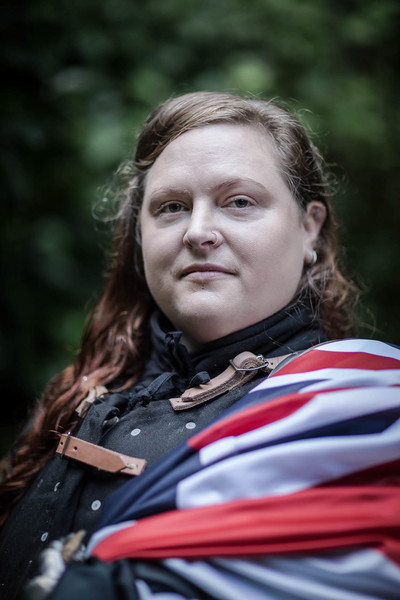 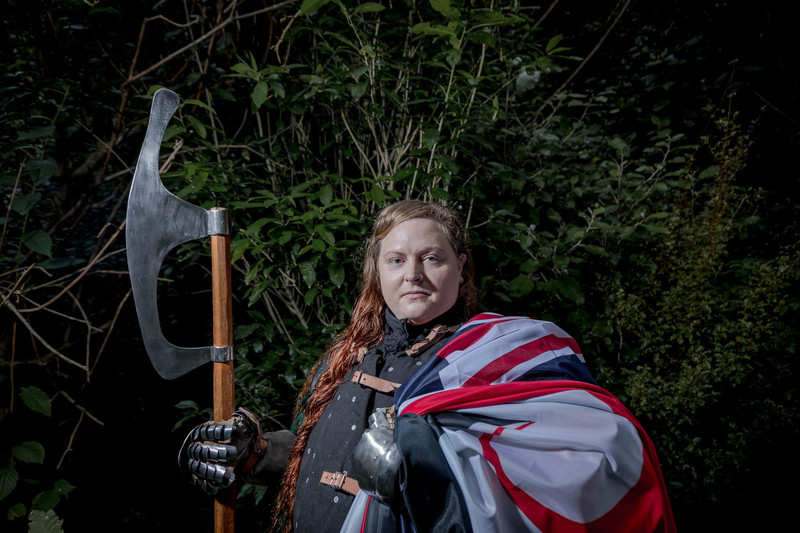 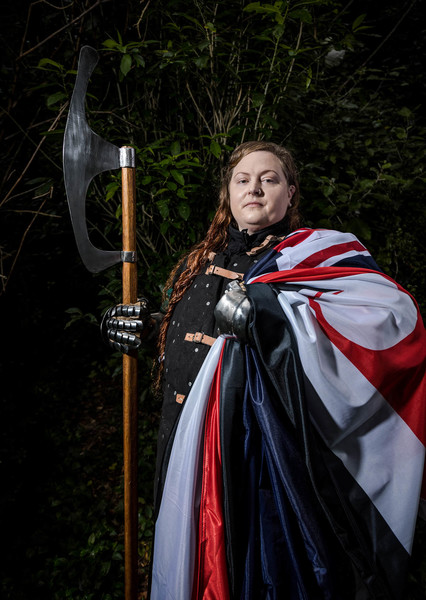 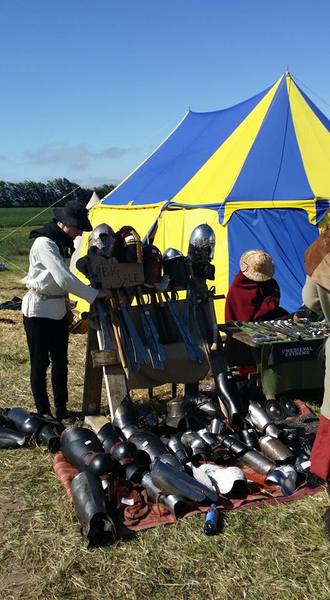 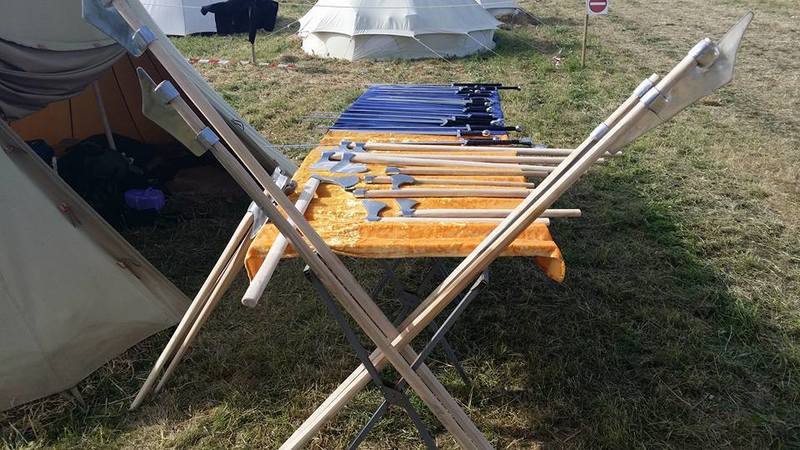 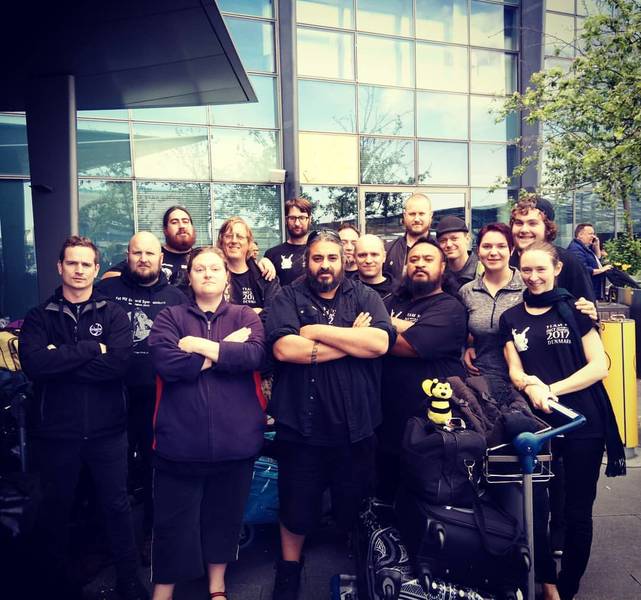 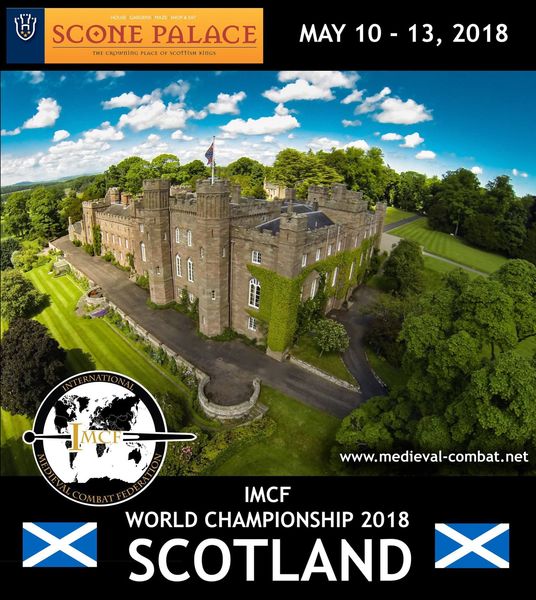 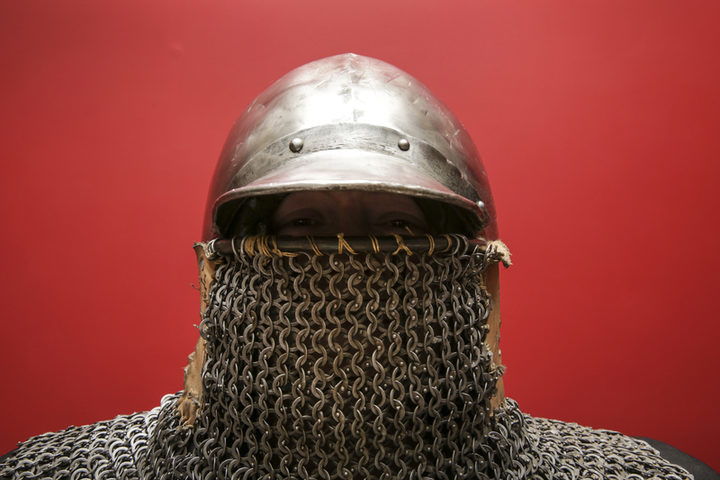 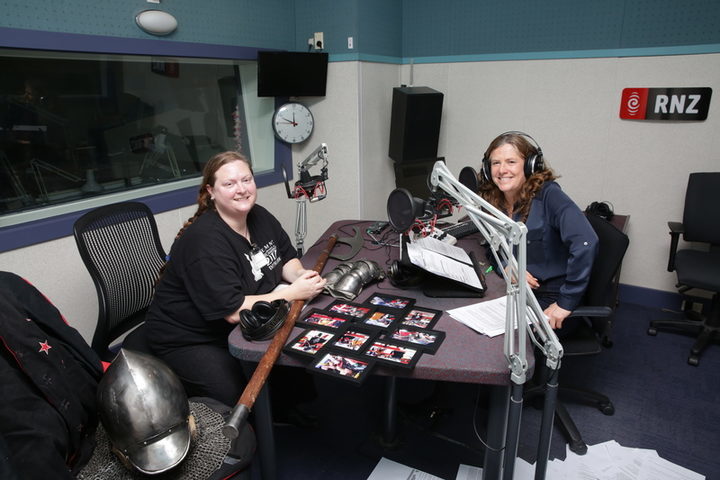 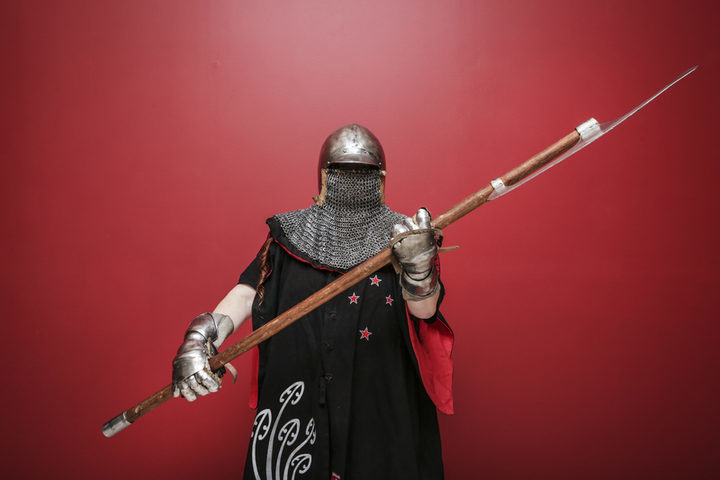 Dayna Berghan-Whyman knows how to handle a poleaxe.

She talks to Kathryn Ryan about what it takes to safely wield a steel axe in 35 kilos of armour and how she pulled herself out of 'the howly-bags' after her first loss in Denmark.

Berghan-Whyman first discovered the joys of the medieval world via an Old English course at university.

"You're studying texts where people pluck a spear out of the air and throw it back to the enemy. That's really exciting stuff to study."

Then she had a bad breakup – "I had a bit of cathartic energy to release" – and a friend suggested she come along to the SCA (the Society for Creative Anachronism) - one of the world's largest mediaevalist organisations which has branches around the country.

She's now been part of the medieval fighting world for over 16 years – and it's taken all of that time to get the kit, the training and the confidence, she says.

She's a member of the re-enactment club Company of the Dragon and the full-contact club Felag.

"We don't pull our shots. There's no cutting surfaces. You can't be slashed with anything, but you can definitely come away with a few broken bones and some bruises."

Skills and training are what protect the participants in full-contact combat, says Berghan-Whyman.

"It's always safety first, followed by technique ... You can't just walk into these competitions and start wailing away."

Her full-combat kit – including the 15th-century D-shaped bardiche pole which she wields like a kayak paddle – weighs 35kg and is worth $5,000.

It includes reinforced leather gloves, a 4kg padded helment and a heavy protective waistcoat known as a doublet.

"No backs of the knees, no groins. If you're going to hit the head you have to hit with a crowning shot right in the middle or cleanly to the jawline."

Then you've got to get armour-fit.

"You can be the fittest person in the world, but if you can't move in armour you're just going to be clanking around."

It's no surprise the sport isn't for the faint of heart. When Berghan-Whyman lost her first fight (against an American opponent) at the Denmark championship, she broke down.

"I am jetlagged, in a different country, away from my daughter for the longest we've ever been apart, and she's autistic, by the way … I was doing my best and I had lost the fight. All my of my fear, my sum of everything just crashed down on me."

"It was just mind-blowingly big coming from Upper Hutt in New Zealand."

But she kept competing and did her best.

"Sure I had a howly-bags, but then South Africa leaned over and she patted me on the side. Laurel from USA gave me a hug. The girls were like 'You can do this'.

"The whole goal was to get over there, get dressed, show up, do your best – and I did."

Berghan-Whyman is not sure of her official placement in Denmark, but believes she was probably ninth.

"Hey, ninth in the world, right, for the first time? I feel so proud that I did it and so proud to represent my country, as well."

Read an interview with Dayna Berghan-Whyman on The Wireless.