From slavery to obesity – the history of sugar 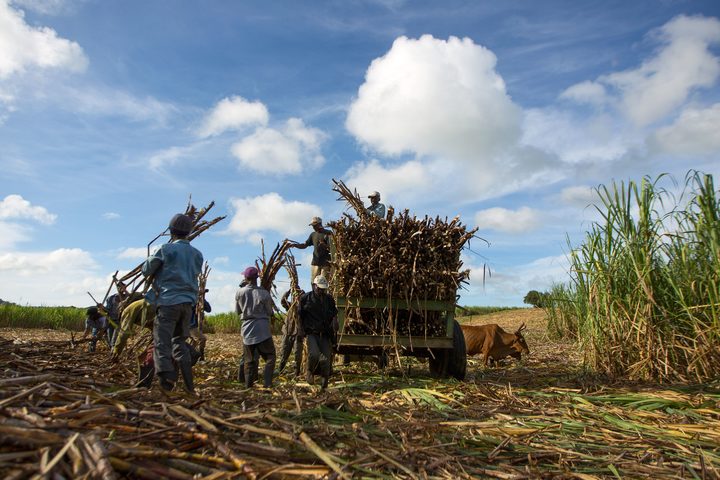 When the western world developed a sweet tooth in the 16th century, 12 million slaves were snatched from Africa and sent to the Americas to serve what was becoming an addiction.

Once a luxury, sugar is now tricky to avoid and the cause of skyrocketing obesity and type 2 diabetes.

James Walvin traces its complex history in his book Sugar, The World Corrupted, from Slavery to Obesity.

Prior to the 1600s, sugar was the preserve of the very wealthy. Then when tea and coffee became popular with 18th-century Europeans, sugar was in increasing demand as a sweetener.

By the 19th century, it was sufficiently abundant and cheap to rot the teeth of Britain’s working-class children.

The complex relationship between sugar and slavery enabled the western world's economic dominance in this period, says Walvin,  a professor of history at the University of York.

“From the 15th century onwards we had the opening up of the Atlantic, the Atlantic islands and then West Africa.

“That creates this extraordinary phenomenon – and it’s still staggering – 12 million Africans shipped across the Atlantic, the great bulk of them to work primarily in sugar and that’s to sweeten the taste buds of the western world.”

The sugar boom was fuelled by rising demand, cheap labour and abundant uncultivated land in the Americas.

This craving for sweetness, and later nicotine, kept a vicious system in place for two centuries, Walvin says.

“The fact that the western world became addicted to sugar, then tobacco, then clothed itself in cheap cotton – all of that was courtesy of slaves. There were more Africans shipped into the Americas before 1820 than there were Europeans, the Africans were the real pioneers of the Americas.

“You cannot look at western history from 1640 onwards without remembering that the rise to dominance of the west is related to what they get out of Africa – the slave trade and slavery is basic to the way the western world emerged.”

One in every five slaves that crossed the Atlantic left on a ship from Liverpool, and British aristocrats made vast fortunes from slavery and sugar before the slave trade was abolished in 1807 and slavery itself in 1833.

By this time there were millions of slaves 5,000 miles away in the United States.

The British investors who profited from slavery (many of whom were aristocrats) were at the helm of a slavery system happening 5,000 miles away in the US.

“The Brits don’t have [slavery] like the Americans do, right under their noses. Out of sight, out of mind. The British can almost convince themselves that after 1807 when they abolished the slave trade they are an abolitionist people, but forget the fact that they’d carried millions of Africans before that.” 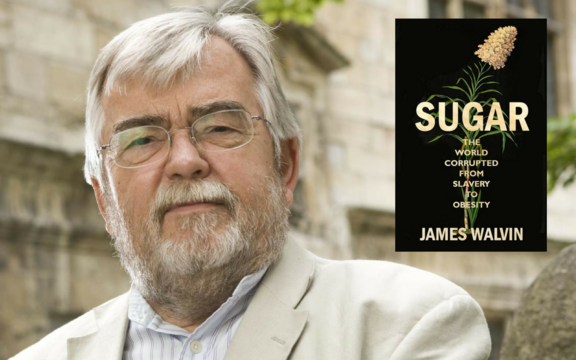 By the time of the American Civil War, there were 4 million slaves living in the US, a society which claimed to be committed to the rights of man.

“The US is born arguing about slavery, and you can’t understand American history right down to the present day without coming to terms with the fact that for the best part of its founding years it treated black people as objects of trade and chattels.”

Our taste for sugar not only displaced millions and caused untold suffering, its disastrous effects on teeth were known before the poor got hold of it, Walvin says.

“Elizabeth I was renowned for her rotten teeth, she had terrible teeth, but she loved her sugar. Louis XV of France didn’t have a tooth in his head by the time he was 40.”

By the late 19th century it was clear sugar was a health hazard, particularly among the poor who were now consuming it in vast quantities.

This emerged as free schooling and dental checks were introduced in Britain.

“Children at the bottom of the social pile had very bad dental health and had it because they ate lots of sugar. Working-class children in Britain consumed lots of sugar, in jam particularly but also on its own, in drinks and on bread – that was well known by the 1880s and 1890s.”

Sugarcane production eventually spread from the Americas to the South Pacific, Australasia and Africa with slavery replaced by indentured labour.

“In the Indian Ocean and the South Pacific, they use indentured labour. They move a huge number of Indians to the Caribbean to Mauritius to Fiji into East Africa and South Africa to produce sugar in what looks like a free economic enterprise – but they are less than free.”

Today, vast fortunes are still being made from exploitative labour on sugar plantations, Walvin says.

“In the last 25 to 30 years the Florida sugar business has boomed on the backs of migrant labourers kept in abject conditions and the creation of wealth for the sugar planters of Florida on a scale that would make 18th-century sugar planters blink.”

Westerners consume sugar mostly via pre-prepared food and fizzy drinks, and our appetite for it shows no sign of slowing down, he says.

“Everywhere you look, the pattern has been the same of exploitative labour, management that makes lots of money from it and a public consumption that seems to know no bounds – people want sugar, ever more sugar.”