Could the age of the steam train return?

Sam Mackwell, 23, is a man with a plan. He wants to bring back the sound of steam engines to Christchurch, and with it environmentally friendly commuter rail.

And while his motive might seem 'loco' he says it makes a lot of sense. 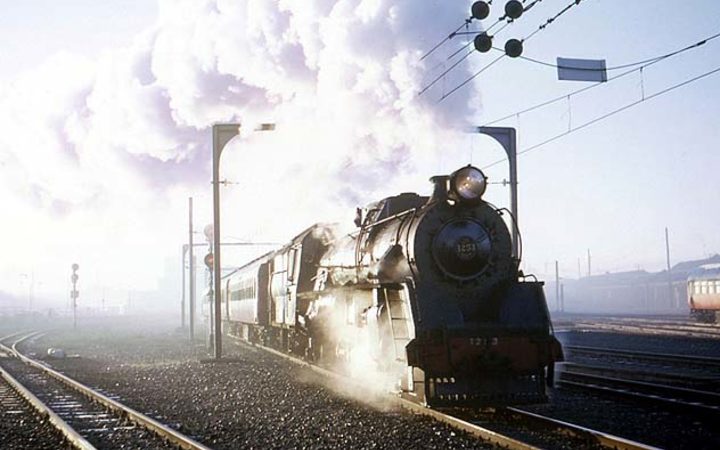 Mackwell's train would be relatively cheap to build, he says, and would use environmentally friendly fuel – wood, not coal.

He first started developing the idea six years ago, he tells Kathryn Ryan, and hopes to have a prototype train ready for testing in about a year.

He says he was always interested in developing efficient engines and when he realised the potential of wood as an efficient, sustainable fuel source the steam engine began to make more sense.

Rail is "ridiculously more efficient than road," especially if the energy used is sustainable and locally sourced, he says.

And the steam engine is no longer just for nostalgic enthusiasts. Improvements make it a definite transport option for the modern age, Mackwell says.

"With a conventional steam locomotive there's a safety issue and an energy loss. At the end of the day, when you stable the locomotive that heat and energy is gradually lost."

His prototype draws on improvements to the boiler in a steam locomotive.

"The boiler has been a focus, it burns clean, and doesn't throw sparks. All of that was a limiting factor for the steam locomotive, particularly the fuel carryover, where you've got solid particles through the stack which is a fire risk and also wastes a lot of fuel."

The new design looks the same and operates effectively the same as an older-style engine, but turns fuel into energy much more efficiently.

"The exhaust system draws the combustion air through the boiler – the heart of an efficient locomotive. It forms this perfect relationship between steam consumption in the cylinders and draught through the fire so at any load we've got the correct amount of steam pressure."

Argentinian engineer LD Porter has so far led the way in improving steam engines. When retrofitted to old steam locomotives, his designs reduce fuel and water consumption by a half.

Mackwell's prototype engine, which draws on Porter's work, gets up to pressure in 10 minutes compared with up to 2 hours for a conventional steam engine.

The new steam engines also run clean with few emissions. His boiler eliminates soot and carbon monoxide with other emissions limited to carbon dioxide and water.

And because the fuel is wood the whole process is carbon-neutral.

So why steam and not electric?

Steam has some compelling advantages, he says.

"Electricity from a railway perspective is rather expensive. The infrastructure for an electric train costs considerably more than a simple rtrack for a steam locomotive or an autonomous vehicle.

"And there's an efficiency loss between generator and track, so the net efficiency is not significantly higher than wood and the cost is lower too."

He sees steam locomotives as an excellent option for commuting in Christchurch.

The trains are viable commercially with fewer passengers and shorter trains. And he says combining with pedal power could solve the problem of the final mile of commute.

"It gives us the option if focusing on the cyclist, the cyclist bikes to the station stows the bike on the train then cycles to final destination."

Existing tracks in the Christchurch region could easily support such a service, he says.

"The rails are there, they're being used and the cost compared to road is considerably less."

"There's been lots of development work on steam engines and those developments render the steam engine viable. It comes down to a lot of small details – cylinder design, engine design – when you put them all together you get a machine that is substantially better than a conventional locomotives and indeed a diesel engine.

"It adds up nicely not just commercially, but also at an emotional level."