The race to get hybrid-electric jet planes off the ground

A team of Wellington scientists is hoping to use their technology to help build the world's first hybrid-electric jet plane. 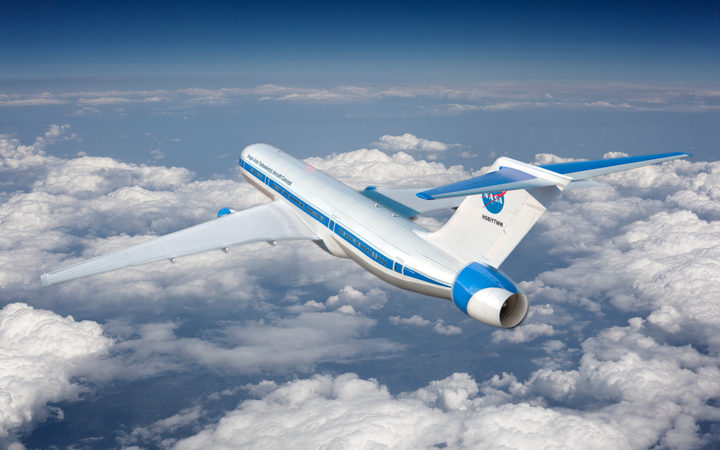 Three researchers from Victoria University have gone to a conference on this topic organised by NASA in Wisconsin.

They will discuss using superconductor technology to help get planes airborne.

The team leader, Rod Badcock, told Nine to Noon it was clear that an electric-powered plane would be cleaner than today's jets.

"To make an electric aircraft, you need something that matches the storage density of liquid fuels, and you cannot use batteries," he said.

"However, if you can create an electric motor that is light enough, you can couple it with a very efficient generator."

Dr Badcock said that would help triple the power-to-weight ratio of existing electric motors, which would be needed to make electric motors viable in jets.

He said super conductors in motors might be able to achieve this, by increasing the power of electric fields and doing away with the need for large amounts of copper wire.

There were many obstacles - such as stringent safety tests for all technology used in aviation.

He also admitted there were big technical challenges.

But NASA had already made some progress.

He said they used conventional engines for normal flight on a civilian plane and used an electric motor to augment its power for take offs and landings.

A longer-term option would be to use multiple small electric motors set along a plane with a flying wing design.

This work is being done as world aviation wrestles with its need to reduce greenhouse gas emissions.

The New Zealand government last year joined an international agreement to deal with this challenge.

Aviation produces 2 percent of world emissions and the industry is expected to double in under 20 years.

But aviation was excluded from the Paris accords on climate change because much of it was international and therefore outside the scope of nation-state initiatives.

However, the International Civil Aviation Organization (ICAO) subsequently agreed to try to fill that gap by freezing net emissions from aircraft from 2021 onwards.

It would do that with a voluntary scheme for airlines to offset their greenhouse gas emissions by paying money to approved environmental projects, as well as by developing more efficient aircraft.

Talks are under way to determine what sort of offsets would be acceptable, but forestry schemes are thought likely to be obvious beneficiaries.

So far, world aviation has focused on getting more efficiency in aircraft and today's planes are 70 percent more fuel-efficient than airliners in the 1970s.