Lisala Halapua is an Auckland writer and illustrator whose first children's book is a finalist in the NZ Book Awards for Children and Young Adults best first book award.

The Mouse and the Octopus is a retelling of a Tongan fable. 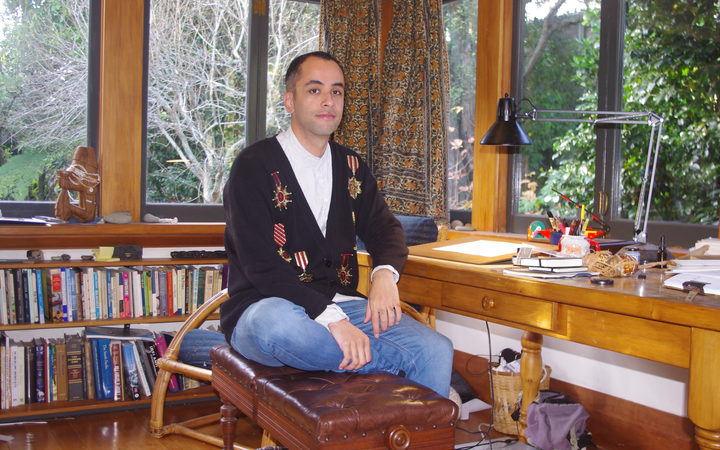 Halapua is the son of a Tongan father and New Zealand mother, who was born in Fiji and raised in the United Kingdom and Hawaii.

His father, Sitveni Halapua, is a former Tongan MP and economist.

Halapua credits one of his two sisters with steering him back to visual art after not doing so much as a doodle for ten years.

She gave him a pack of blank postcards on which to write to her in Canada where she was living at the time.

Each week, Halapua would write a message on the back, and draw something on the front.

That turned into a weekly art blog, and along the way, The Mouse and the Octopus came into being. 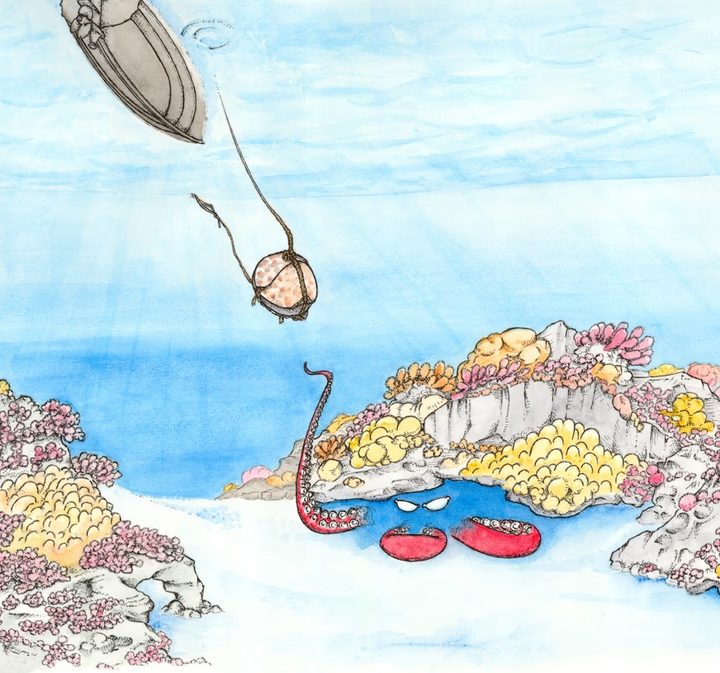 Since being named a finalist in the book awards, he's getting calls from bookshops all over the country, and has three more books in the pipeline.

The book is an old Tongan fable about a mischievous mouse, an unwitting octopus and the bitter feud that erupts.

“The book walks the reader from the depth of a forest, on to the foreshore through pandanus groves and finally out onto the edge of a fringing reef,” says Halapua.

He says the book emerged from small beginnings.

“My sister gave me a pack of blank postcards made out of water colour paper and so I started writing whatever I wanted to write on the postcards, just the daily mundane details of that month and since it was blank I just did a crude illustration on the front.

“Over time the illustrations got a bit more refined, then one day I decided to turn it into an online blog weekly but equally mundane as before! And then incrementally I progressed to where I have written a very small children’s book.”

Halapua’s visual style has grown as has his confidence, he says.

“When I first started drawing, I would draw a tree with a great amount of detail, if for no other reason as to prove I could draw a tree in case anyone was looking. But as I become more confident I care less about whether people think I can draw and more about the tree as I would like to have it presented.”

He says he was influenced by the Brambly Hedge series by Jill Barklem he enjoyed as a child and her “beautiful watercolours”.

He first heard the fable of the mouse and the octopus when he was a teenager Fiji.

“The house we were staying at had this massive painting and I said; ‘Dad why is that mouse riding that octopus? He was a bit nonplussed, ‘oh everyone knows that story’ he told me it a while ago but it did stick in my head.”

His book is the first in a series.

“It’s called the Island Fable Series all stories that were told by my grandmother to my father and now to me.”