Pilgrim Tucker on the failures of the Grenfell Tower and fire

An organiser who worked with residents of the Grenfell Tower in London says their concerns about fire safety and the standard of refurbishment work by contractors was routinely ignored.

Much of that alleged neglect was documented by the Grenfell Action Group in a blog. 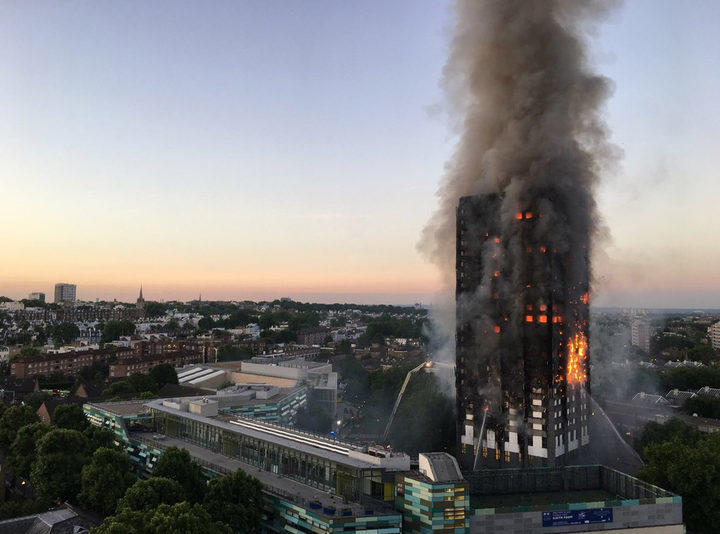 At least 58 people are believed to have died after a fire ripped through the 24-storey apartment block in North Kensington, London in the early hours of Wednesday.

A blog post by Grenfell Action Group before the fire in November 2016 said:

"We have blogged many times on the subject of fire safety at Grenfell Tower and we believe that these investigations will become part of damning evidence of the poor safety record of the KCTMO should a fire affect any other of their properties and cause the loss of life that we are predicting."

Pilgrim Tucker worked with Grenfell residents for several months as an organiser and campaigner. She says since the fire the Conservative-led local council has been largely invisible.

“They have done nothing, they have absolutely done nothing to help the local people here,” she says.

She says the situation on the ground, four days after the fire, remains confused.

“Some people are still homeless scattered around, they’ve evacuated all the tower block, some residents have been rehoused in local hotels. 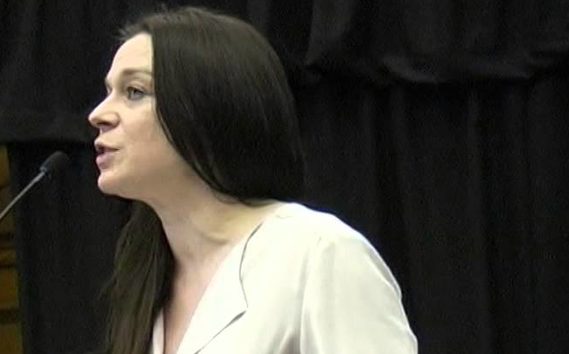 “In the surrounding estate they have now all been evacuated and some of those people are homeless and still haven’t been given alternative accommodation.”

Relations between the tenants of Grenfell Tower, the Royal Borough of Kensington & Chelsea and the management company which runs social housing on behalf of the council have long been fractious, she says.

When refurbishment started on the tower two years ago, tenants raised concerns about the work being done by contractors, Tucker says.

“They asked me to come and help when the refurbishment was being done in early 2015 and they were very, very unhappy with how the contractors were working and the information they’d been given.

“They’d been a consultation on the refurbishment but when the work started happening it was nothing like what had been proposed in the consultation.”

She says before the refurbishment started, the first meeting she attended 100 residents were also present.

“All saying the same thing that the council and their housing management organisation just never listened to them at all.”

She says the landlord the Kensington and Chelsea Tenant Management Organisation (KCTMO) treated its tenants poorly.

“It bullied certain people who were speaking out, treated them extremely, extremely badly and through the time I worked for them I experienced that for myself.

“They [residents] tried to set up meetings, the TMO wouldn’t agree to meet with them and this went on for some time. Eventually at the end they had to campaign very hard and they got some small improvements to the work being done.”

But as the work got underway, residents became concerned about the standard of that some of that work.

“They tried to challenge the contractor, they said until you do this work in the proper way you won’t be coming into our flats and at that point they were threatened with legal action and told they would be in breach of their tenancy.

“They couldn’t get legal representation for that though because of the legal aid changes we’ve had here - it’s very, very hard now to get free or low cost legal support.”

She says residents also tried to take legal action against the TMO but that faltered when they couldn’t access legal aid.

Prior to the refurbishment tenants had pointed out numerous problems with power surges, possibly faulty wiring, various fire hazards, fire alarms and problems with emergency lighting failing to come on when the main lights went down. None of these concerns were acted on, she says.

As to the cladding, which is widely thought to have contributed to the fire’s ferocity, there is little evidence this was for the benefit of tenants.

“The external look of the building was just a scruffy grey tower block, and the cladding was put there for cosmetic purposes so it looked nicer to surrounding areas rather than for the benefit of tenants living in the block itself.”

She says the cheaper cladding chosen for the tower could have proved disastrous.

Years of austerity and cut backs in the UK had worsened the situation, Tucker says.

“This is privatisation, cost-cutting, you cut regulation or red tape or you increase the private sector role - what that means is all of these bodies who are supposed to supervise and regulate and inspect and keep people safe just can’t do that anymore.”

Tucker says there’s been a historical and deliberate neglect of social housing in London.

“Property is very valuable, many of these sites are destined to be regenerated.

“It is the trend in the UK for council housing to be demolished and be replaced with much more expensive housing for private sale. That generally has entailed moving social housing tenants out of the area.”

The Kensington and Chelsea borough is one of the richest in the country. The average salary is over $240,000: the highest in the UK according to the BBC, but residents of Grenfell Tower, and similar housing in north Kensington, rank among the country’s poorest people.