A big shake-up for the capital's bus fleet

Greater Wellington Council is confident a new fleet of buses Wellington is getting will be clean-burning. 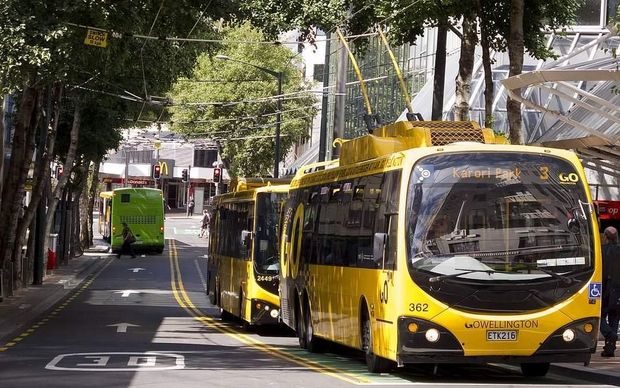 Family-owned Masterton-based Tranzit Group is the preferred bidder for eight contracts, and would take over most Wellington routes from Infratil subsidiary NZ Bus. The new contracts will take effect in July 2018.

Council chairman Chris Laidlaw said some of the 228 new buses the company said it would provide would be diesel, and some would be electric.

Tranzit had undertaken to introduce about 10 electric double-decker buses in the short term and another 20 or more would be built after that, he said

The remainder of the fleet would be diesel buses, probably all built in Tauranga, and they would comply with the relevant standards.

Environmentalists have complained about the loss of electric-powered trolley buses but Mr Laidlaw said the new buses would meet high EU emissions regulations.

"There's been quite a lot of debate about 'bringing back dirty diesel'. The contract system does not provide for that, it provides a mandatory move to [European emissions standards] Euro 5 and 6. They'll be conditions for the contract."

There was a requirement to reduce emissions by 30 percent.

The company would also have to hire more than 300 employees.

Mr Laidlaw said the tender system was based not only on price but on performance in employee relations.

Pay and conditions for drivers

Wellington bus drivers have held stop-work meetings over concerns about pay and conditions under the proposed new contacts but Mr Laidlaw was "very confident" that Tranzit was a good employer.

"We're not going to take on a company that has a bad employment record," he said.

Uzabus, based in Palmerston North, was the preferred partner for the bus contract in Kapiti.