Tourism and hospitality careers are under-valued, despite being the country's largest export earner, and should be made University Entrance subjects again, a lecturer says.

Tourism has taken over dairy as the country's largest export earner and five million tourists are expected in the country annually by 2023.

David Williamson, a senior lecturer at the School of Hospitality and Tourism at Auckland University of Technology, told Nine to Noon that the country and the education system under-valued the tourism industry. 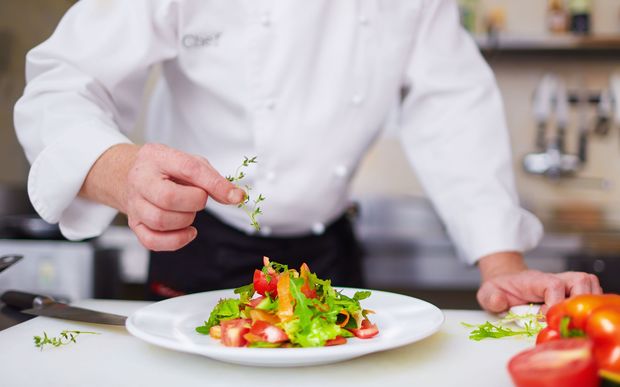 He said tourism and hospitality were removed as an NCEA subject that could be used towards UE in 2014, which sent a message to students and parents that it was a so-called dummy subject.

"Now how do you how square our largest export earning industry with a school system that says 'but don't study it and you can't go to university if you do'.

"That is just a terrible mixed message and it's a number of other messages that young people pick up from the wider community - 'these jobs aren't great', 'tourism's a bit dodgy'.''

He said New Zealand had a long history of talking about the tourism industry as second-rate, but if people wanted to build a high-value future that attitude needed to change immediately.

"Yes, you have to have infrastructure; yes, you need great roads, great transport links, toilet blocks ... but if we want to build a tourism industry in the future that is high-skill, high-value then we have to invest in our labour.

"We have to get local kids coming in, getting the proper training and skills and development they need so that they can go through into a really successful industry and provide exceptional customer experiences, which will drive that value up.''

Williamson said the tourist industry had all sorts of jobs - from room cleaner to barista - including the often forgotten management sector of the industry.

"All your traditional business disciplines, marketing, HR, strategy, social media management are all in this industry and our graduates do very well in senior management jobs - go off overseas - so there's everything for everybody in this industry.''

He said there were not so many apprenticeships anymore but the industry was fundamentally different from 20 years ago and there were far more opportunities.

"Really dynamic, really creative roles that we couldn't have imagined when we went through the industry.'

"International hotel chains that will allow you to travel with them, amazing local food and beverage operations like Hip Group with multiple sites that have really interesting management jobs built into them."

He said, with increasing tourism numbers, now was the time to change gears and start driving towards getting more dollars out of the number of tourists that were coming in.

He said the industry was desperate for labour and was having to use migrant workers on temporary visas - especially for chef positions - but the intense pressure in the labour market was starting to drive wages up.

"Employers need to work to get wages up and making sure the conditions are good, education providers need to show there are better training routes and the government needs to show strategic leadership.''

Tourism Industry Aotearoa chief executive Chris Roberts said a survey commissioned in 2015 revealed that the industry would need an additional 36,000 full-time jobs by 2025.

He said there needed to be multiple pathways into the industry.

"There's not yet the understanding just how big the industry is.''