When self-described ‘bad feminist’ Roxane Gay joked about the ways she was ‘doing feminism wrong', she ended up striking a chord with women all over the world. 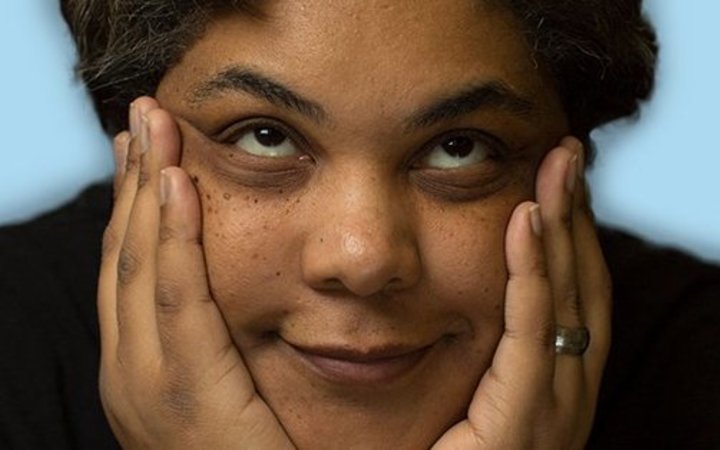 She wrote about the bar for feminism being very high and says people have to be so impeccable that can feel very unrealistic.

“And yet I still believe in feminism so I’m just going to call myself a bad feminist.”

She says if good feminism represents white heterosexual middle class females, she is definitely a bad feminist, and wants issues for the range of women - coloured, queer, transgender and disabled - to be advocated for also.

Her Bad Feminist essays reference the complicated world we live in, and she says humour goes a long way in dealing with those issues.

“I often think of humour as the little bit of sugar that makes the medicine go down.”

“If we can’t laugh at ourselves, and this ridiculous world that we live in, then what are we doing?”

Bad Feminist is about being human, says Gay, who loves listening to rap music which she says is fairly degrading to women.

“So at some point we do have to hold ourselves accountable and say I’m not going to continue until you write better lyrics.

“You can be raunchy, there’s nothing wrong with raunchy, I’m very much for it, but do you have to call a woman the B word? Really, is that necessary for your artistic integrity?"

Gay says she’s trying to pose these questions in a way that reflects we’re human.

“We’re not always going to live up to the best versions of ourselves.”

Her latest book called Hunger, is due out in June - in which she uses her own struggles as a means of exploring shared anxieties over pleasure, consumption, appearance and health.

Writing the book was difficult as Gay says she’s a private person.

“Emotionally there was a lot to sift through and a lot to face.”

The book is a memoir of her body, tracing its history from when she was a young girl to now.

She writes about the weight she’s gained and how she’s lived with that in a world that is inhospitable to overweight people.

Gay wrote the book for herself, as she writes every book she writes, she says.

“I wrote this for myself, just to reconcile who I am today and why I am who I am.”

She says she had been a good, sheltered Catholic girl before she was assaulted at the age of 12.

“I didn’t even know what sex was and I certainly didn’t know what rape was.

“And I didn’t know how bad it could be.”

She says she started to eat because she had felt small and weak.

“Food made me feel comforted, it made me feel safe and when I started to gain weight, I thought ‘ah finally, I’m bigger, and if I’m bigger this terrible thing will not happen to me again’.”

In the book she writes about using her body as a fortress to protect herself.

If she had the ability to counsel her younger self, Gay says she would tell her to make different decisions, but with the coping mechanisms she had, it was the best solution she could come up with.

She says while it takes a lot to survive trauma, she doesn’t necessarily believe it makes people strong.

“I don’t know why we never focus on that instead of valorising strength?”

She says that attitude can make people very complacent about the world and the things that are wrong with it.

“I’m not an idealist, I don’t believe in utopias but I do think we can aim for something better.”

Gay says being a feminist is important to her, but she has a range of writing interests – including writing for Marvel comics.

“It’s all delightful and I love that my career is at a place where I can indulge in this breadth of creative interest.

She mostly writes stories about middle class black people, but starting out was told readers would be more interested in stories about the ghetto.

“A lot of times people have very narrow ideas about what blackness in America is.

“The reality is broad and complex.”

Gay says she’s frustrated that in 2017 we’re still talking about diversity, with little action to back up the rhetoric.

The people who hold most of the societal power are very much invested in holding onto that power, she says.

“They’re not at all interested in opening the door so that women or people of colour, or queer people, or anyone else who’s different, can have a piece of the pie.

“They don’t really support these initiatives and that makes it really hard for them to be sustained.”

She says people often segregate themselves by separating into groups that resemble they we are.

Roxane Gay comes to New Zealand in May thanks to the Auckland Writers Festival - where she'll be taking part in three events on 19, 20 and 21 May.