In 1987 Christian Picciolini, then 14, was standing in an alley in south side Chicago when a man walked up to him with a shaved head, tall boots and suspenders. 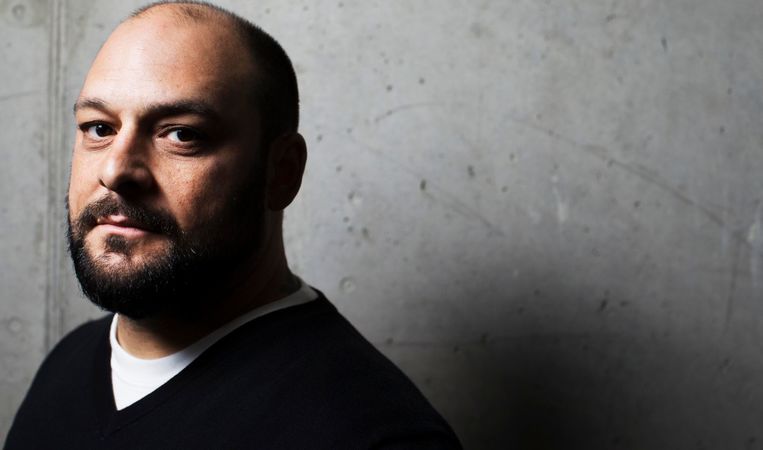 That man was Clark Martell, the leader of America's very first neo-Nazi skinhead gang and for Picciolini it was the start of seven years of association with white hate groups in the US.

After those seven years Picciolini left his neo-Nazi affiliations behind and has since dedicated himself to helping others involved with extremist groups to do likewise.

He's co-founder of Life After Hate, a group which helps people escape far right hate groups in the United States.

Picciolini has also been involved in helping establish similar organisations in European countries and has written a book about his experience, Romantic Violence: Memoirs of an American Skinhead.

He says when he was approached that day in Chicago, he was ripe for the picking.

“I was looking for three things: identity, community and a sense of purpose, those are fundamental needs that everyone experiences at one point or another.”

He was the son of hard-working Italian immigrant parents, but felt abandoned by them.

“They worked very, very hard but as a 14-year-old (I) didn’t understand. I went in search of a family elsewhere.

“When Carl crossed my path he promised me paradise, he promised me the bullying against me would stop, that I would have a purpose to save the white race and I would be welcomed with open arms into this community.”

Picciolini says he hated other people because he hated himself.

“The focus of that anger ended up being on minorities and gay people.”

“We were offering people on the fringes this paradise.”

He says the philosophy they embraced was a kind of “Americanised” National Socialism.

“It was more of a feeling of white supremacy, we considered us to be the owners of this land because we settled it - although we neglected to realise that we’d stolen that from indigenous people.”

Picciolini says that kind of hatred doesn’t develop in a vacuum. He’s still haunted by his racist proselytising.

“The ideas that I put out into the world, the seeds that I planted 30 years ago, I still find myself holding the weeds that have sprouted from those seeds now - 22 years after I’ve left that movement.

“I feel shame for all the things I did including the people I infected with this ideology, who in turn went out and did very shameful things.”

But he says a turning point came for him when he was 19 and was involved in a group bashing of a young black man in Chicago.

He was in a fast food restaurant with his skinhead friends when a three black teenagers walked in.

“I very loudly said that it was my restaurant and they had to leave and of course they left, and we chased after them as they were running across the street.

“One of them pulled a gun and begun to fire at us and the gun jammed when we caught this individual we proceeded to knock him unconscious and I recall still to this day, as I was kicking him, and his face was covered in blood that this man opened up his eyes, and I connected with his eyes, and for the first time in those 7 years I really felt a connection of empathy - and that was the last time I committed an act of violence.”

Picciolini had a record shop in Chicago where he sold white power records but also other genres such as hip hop and punk. This exposed him to customers with a different world view.

“Customers would come in to buy that other music and over time I began to get to know them on a personal level.

“It was the first time I’d had a meaningful interaction with someone who was black, or gay or Jewish I began to realise we had more similarities than differences.”

Eventually after he became too embarrassed to sell white power records, he closed the shop and left the neo-Nazi movement. His marriage fall apart and he entered a period of depression.

“For five years after I left the movement I really tried to outrun my past.”

“I will take a Holocaust denier to meet a Holocaust survivor or somebody who has strong anti-Muslim beliefs to meet with a Muslim family and have dinner.

“Hatred is borne of ignorance, fear is its father and isolation is its mother.”