One in five girls has a diagnosed anxiety disorder, according to Australian psychologist Steve Biddulph, who says girlhood has become more lonely, pressured and unkind.

Biddulph, who has been working in the industry for 40 years, is also a parent educator and has just written a new book called 10 Things Girls Need Most. 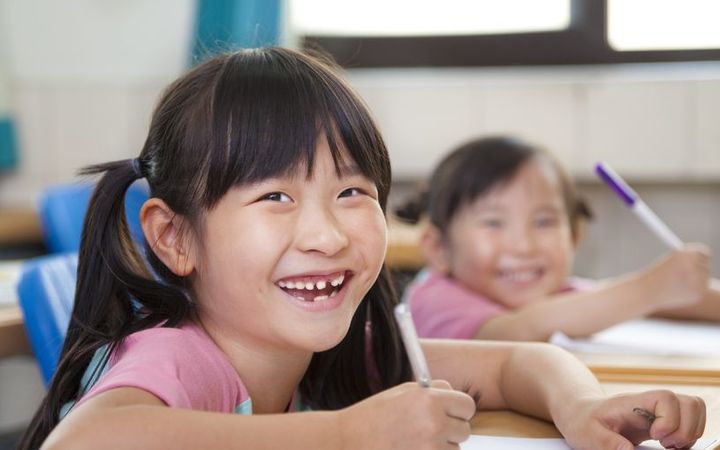 Speaking with RNZ’s Kathryn Ryan, he says adults are less available to support their daughters, in an increasingly stressful world.

“Anyone who’s got a daughter over the age of about eight is seeing how she’s getting hammered and really not knowing where to turn about this.”

It’s not kids that are the problem, it’s what the adult world is doing to them, he says.

Biddulph has written before about girls but says he felt there needed to be some stronger medicine.

“It’s an interactive book where you rate your family, you look at the stress picture, look at your own childhood.”

He says we need to get onto the problem quickly, as anxiety disorders are hitting young girls hard.

“The more sensitive or open-hearted girls are often the first to fall.”

Biddulph says the foundations for girlhood come from babyhood and parents need to realise little brains need chill out time.

“In the rhythm of your day, is there peaceful time in nature? When the kids come home from school do they get to chill out, they’re not rushing onto the next thing? And do we hang about with our kids enough?

“The happiness of life is mostly hanging about, splashing in the bath or playing with some little insect that you’ve found.”

He says urbanisation and money pressures have taken away many things that we take for granted.

“We thought that success and school and looking amazing and being fantastic at sport was the meaning of life.

“What we know from neuroscience now is that brains grow best when they grow slow.”

He says parents often have to hang out with kids a lot before they’ll share the things that are actually bothering them.

“In primary school years girls come home with social worries and if you’re around they’ll sit down and talk for five minutes before giving some real detail about what has been going on for them.

“That puts this terrible paradox onto us as parents that we have to hang about quite a bit.”

One of the 10 things girls need most is to have a happy sexuality, Biddulph writes in his book.

Girls often these days start having sex at about 14 but for 50 to 60 percent of them – it varies depending on the country – it’s not actually an enjoyable experience, he says.

“They’ve done it in a sense of pressure from a boy bit also pressure from their own culture, that this is what you have to do to be cool and be hot.”

That can bring the onset of intercourse back by about two years.

We need to get sex back to something that’s happy and exciting, which usually means slowing it down, he says.

“With little eight-year-olds, (saying) sometimes someone will show you yucky stuff about sex and bodies at school, someone will come and show you pictures and it looks really yuck and strange and that’s around but sex in the real life is actually really nice.

“By the age of 12 or 13 you might tell them that the pornography they could see is different to the real world.

“In the real world people talk and laugh and tickle and cuddle and they care about each other’s feeling.”

He says there are accounts from girls all around the world that boys are basing their actions on pornography.

Biddulph says it’s important to create boundaries for girls, and gives the example of making the rule that cellphones should be left alone from 7pm each night.

“We should not have 10-year-old girls walking up in the middle of the night to check their Instagram feeds.

“When we show backbone it teaches them to have a backbone.”

Aunties – adopted or not – are the forgotten key to girls’ mental health, he says.

“They talk on a deeper level with girls, they’re sometimes less embarrassing to talk to.

“It’s the job of the tribe to look after those girls.”

Feminism is the ninth of the 10 things that Biddulph says girls need.

“Most girls will think this is her own lonely battle with disrespect and being ogled by men on the bus.

“We need girls to realise this is a worldwide movement… It’s not an individual thing, it’s an entire gender standing up and saying this isn’t on.”