Meditation programmes are being trialled at Rimutaka and Waikeria prisons in an effort to help rehabilitate inmates, with organisers already seeing positive effects. 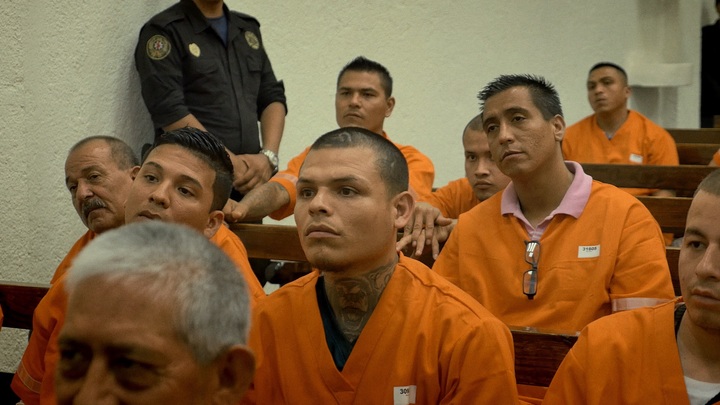 The six week courses are being run by The Bright Path Meditation group, who are behind documentary film A Mindful Choice, filmed in Mexico's Apodaca prison.

Meditation courses were introduced there after a riot in 2012 left 44 prisoners dead.

Filmmaker Greg Hopkinson says the team had no idea what to expect when they first arrived at the prison three years later. They had been forewarned of the riot, which was the deadliest prison massacre in Mexico's history.

A Bright Path Meditation teacher had convinced prison management to let her teach there and began taking groups of 20 at inmates at a time. Hopkinson says the change was so profound among those first inmates that more and more signed up.

“Surprisingly for us, and encouragingly, many of the guards and management learned [meditation] and as a consequence, the ability for people to let go of their violent thoughts or their anger or fear reveals peace and allows them to communicate and function harmoniously,” he says.

Meditation teachers have no interest in a person’s background, Hopkinson says. Instead, all Bright Path wants to do is “teach them a tool that can reveal peace”.

“Typically when people learn our technique (ascension), they’re at a point where they want a different life. They’ve had enough of the internal stress and internal dialogue and fear and they want to change their lives. It doesn’t matter whether they are people in prison or people in real life. So it’s a big thing when someone actually makes that choice and chooses a different life.”

The programme is now being trialled in two New Zealand prisons, Rimutaka and Waikeria. The effects have not been formally evaluated yet, but Corrections’ Chief Custodial Officer Neil Beales says they have nothing to lose and everything to gain from the programme.

“I think the reality is a lot of the people we look after in prisons come from violent backgrounds. A lot of them have a violent nature, they’ve been brought up in violent homes. That is right across the board. So we’ve already got a range of programmes, some of the more formal programmes that you would normally see in a prison. This is an addition to that.”

He says giving the inmates more tools to better manage their emotions, particularly their anger, is all the better for those living and working in the close confines of a prison, and the wider community.

“If you can make a difference, even just to one prisoner, one person, who decides not to participate in violence that day… it’s not just that one difference you’re making to that one person that one day, the ripple effect goes on for a long, long way and affects a lot of people.”

Meditation teacher Savitree has run about three seven-week courses, with about 10 people in each. The course has also been useful for the prison staff, “because they obviously have stressful jobs”, she says.

The techniques she teaches are simple, and aim to change inmates’ relationship with their mind, Savitree says.

“We all get so caught up in our minds and the thoughts that are limiting go round and round and also in the emotions that pass through.

“It is about redirecting our attention, from the thoughts, from the emotions, back to that still, silent peace that’s within.”

She has noticed a big difference in the inmates who are participating in the course, even from the first week to the second, she says.

“It is up to the individual to use [the meditation techniques] or not, and a lot of them have been using them a lot because they are very hungry for peace. They’ve got that inner motivation to do this because they find their thoughts bring them a lot of pain and suffering and they don’t want to live like that anymore.”

Corrections’ Neil Beales says he is certain of the many benefits of the programme and hopes to roll it out further once a full evaluation has taken place.

“The more we can work with the community, the more opportunities we can give prisoners to think differently, behave differently, react differently to certain situations then it is better for everybody.”