The link between hearing loss and dementia

A strong link between hearing loss, memory loss and the onset of dementia is being highlighted in scientific research from the United States.

Frank Lin is Professor of Otolaryngology and Geriatric Medicine at Johns Hopkins University School of Medicine in Baltimore, and advocates for early intervention with cochlear implants.

Dr Lin is visiting NZ for a series of talks with the Pindrop Foundation, which helps hearing impaired adults adjust to cochlear implants. 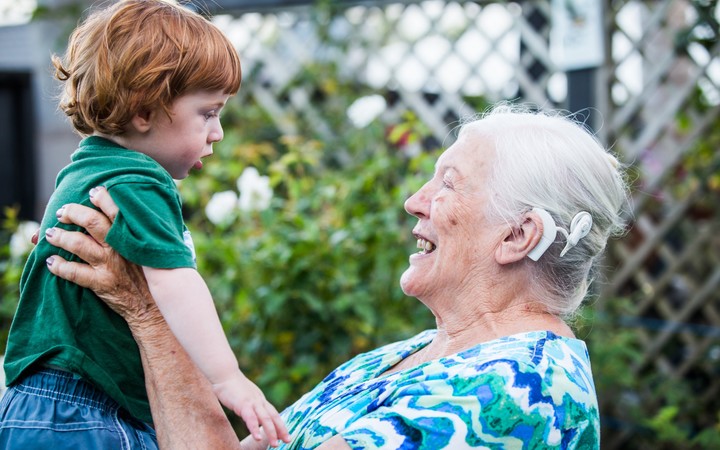 He told RNZ’s Kathryn Ryan that research completed over recent years has shown people who have greater hearing loss are at a higher risk of being diagnosed with dementia, as well as a faster rate of thinking and memory loss.

“When you have hearing loss, the big issue is that, your inner ear – your cochlear – is constantly sending a much more garbled signal to your brain.

“People who have a hearing loss, they literally need to expend more ‘brain energy’ to deal with that very, very degraded auditory sound, and that may come at the expense then of things like thinking and memory.”

Dr Lin says studies which have followed older adults have found those who experience hearing loss often have parts of their brain shrink faster.

Additionally, he says when people don’t hear as well, they’re less likely to be socially engaged.

“If you do go out, you may not be engaged in the conversation around you.

“We’ve long known that if you’re socially isolated… or lonely per se, that you’re at higher risk of developing adverse effects like dementia.”

There are a number risk factors for developing cognitive decline, including age, high blood pressure, diabetes, even education early in life.

“Hearing loss is probably just one of many.”

But the link does appear to be quite strong, Dr Lin says.

“In one study that was done several years ago, if you look on average, compared to people with normal hearing, people with a mild, a moderate and a severe hearing loss, basically had roughly a two-fold, a three-fold and a five-fold increase risk in dementia over time.”

But he says it’s not yet known if treating hearing loss will impact or delay the onset of dementia.

A study is underway in the US to determine that.

While some decline in memory is considered a part of aging, dementia is not.

He says the two major causes of dementia are Alzheimer’s disease, and vascular dementia.

But scientists believe hearing loss may increasingly be acting as another ‘hit’ on the brain, which could accelerate the onset of dementia.