Ngāhuia Te Awekōtuku has been a catalyst for the gay liberation movement in Aotearoa for nearly five decades.

She published New Zealand’s first openly lesbian fiction in the 1970s, and in that same decade she was denied entry to the United States for being gay – classed as a ‘sexual deviant’.

The furore around her treatment by the US authorities became a rallying point for her peers at the University of Auckland. 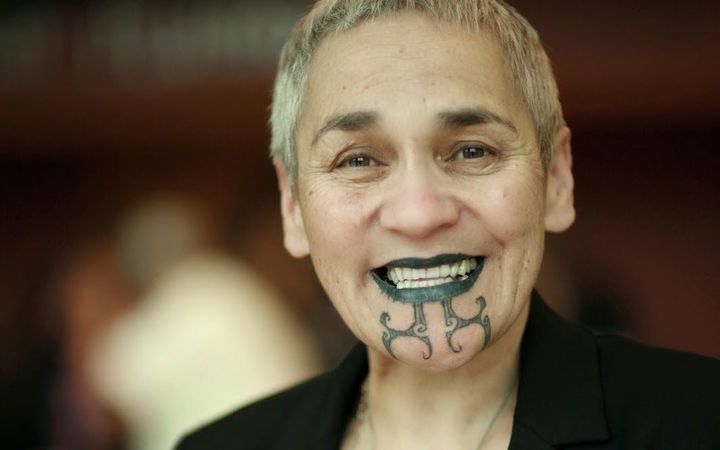 Te Awekōtuku told Kathryn Ryan that while things are different now with openly gay and lesbian members of Parliament, she worries about how deeply legislature can affect people.

She said young men continued to be attacked, beaten and injured for being openly gay.

“This shows us that underneath the cosmetic and superficial legislative processes, that say the government allows this behaviour, it is OK, there is still this enormous resistance within the human heart.”

She says the rise of the Christian right, and particularly the prevalence of fundamentalist religion among Māori may keep prominent Māori who are gay in the closet.

“We are seeing, I won’t say exactly a violent backlash, but the sniggering, the snide remarks, the disapproval or fear of disapproval, remains.”

Te Awekōtuku’s journey as an activist started in the early 1970s, during a time of political upheaval.

She started a women’s liberation group in Auckland in 1970, but it was initially hampered by an all-male group of engineering students, who interrupted their first event.

She says the group retreated in fear but began again the following year to focus on ‘consciousness raising’.

Around the same time a parallel group had started, Ngā Tamatoa, and Te Awekōtuku says the Polynesian Panthers were also emerging.

“Auckland was a fulcrum of extraordinary exciting and exultant political activity with young people.” 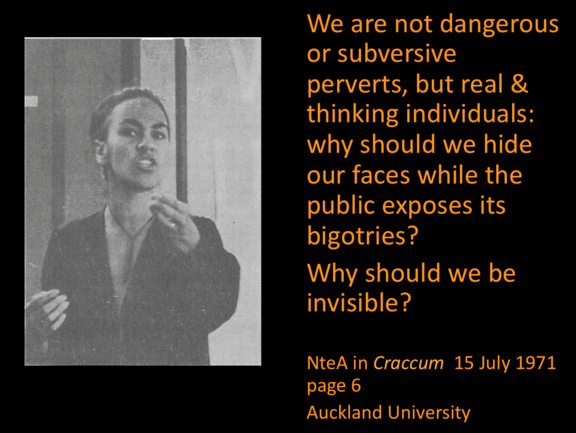 She says economically it was a reasonably stable time, and they were the beneficiaries of a generous political system – so they could afford to branch out.

“Whereas now students, no matter how brilliant, still have to have jobs, pay rent and buy text books at their own or their parents’ expense. That really troubles me.”

Te Awekōtuku says the foundation for much of her career was laid in her early years, immersed in traditional Māori culture and in a more traditional setting a Catholic school.

Raised in Ohinemotu village in Rotorua, Te Awekōtuku says she was privileged to be surrounded by a family of weavers, story tellers and extraordinary fierce and courageous women.

She fondly remembers her brilliant kuia and mother, to whom she says she will always be grateful.

“They instilled in me, particularly my kuia, a real sense of hope.”

But says there were difficult times too.

“I also had my hard times – a lot of it through my own antics and stubbornness. As a little girl who liked other girls there was always that tension.”

She says while there were difficulties in the village growing up, the women who nurtured her gave her strength.

“You can make your dreams come true, you don’t need men.”